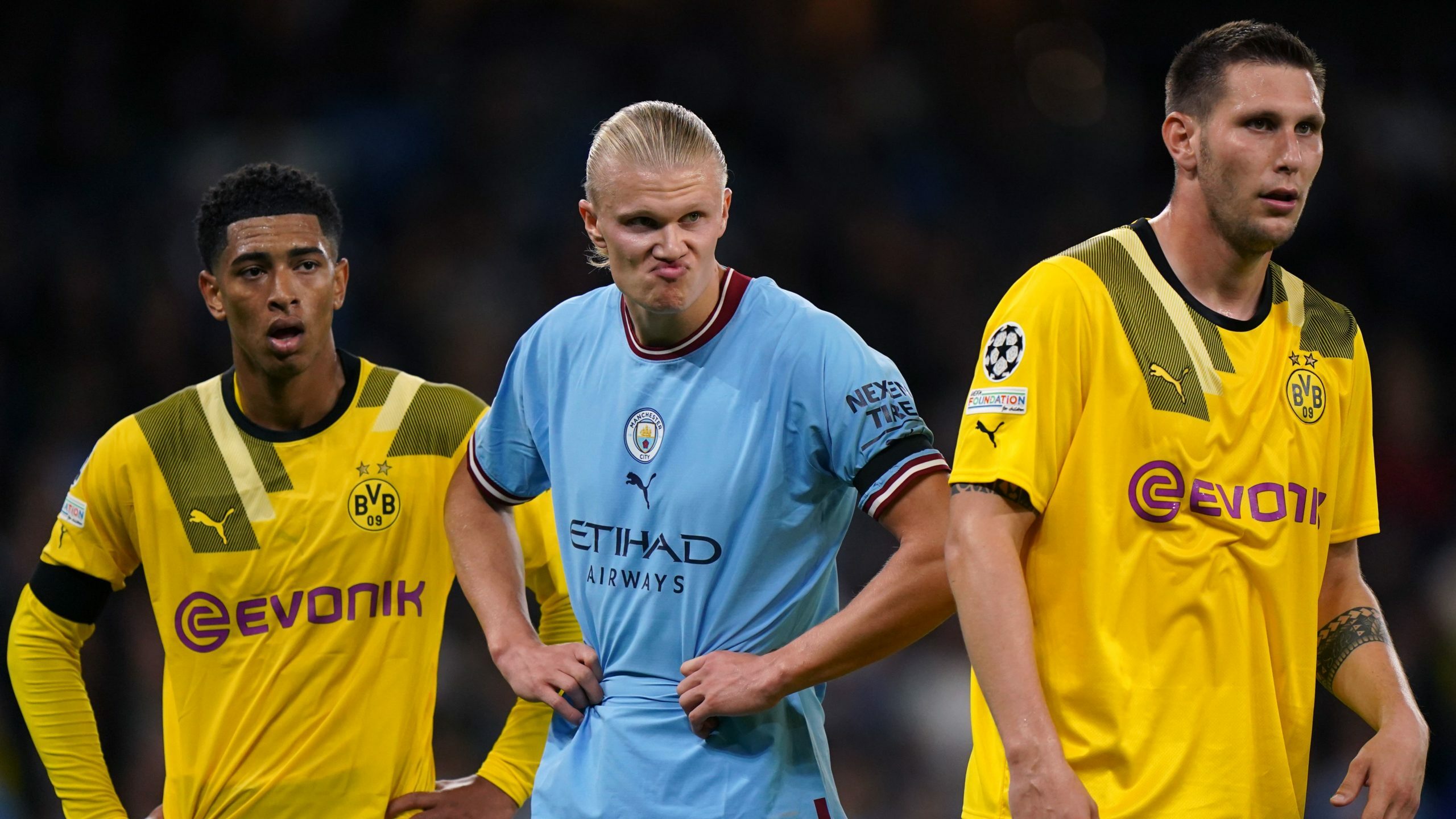 The Champions League resumes this week with six British sides seeking to make their mark in the competition.

Manchester City and Chelsea make respective trips to Borussia Dortmund and Red Bull Salzburg on Tuesday, while Celtic host Shakhtar Donetsk on the same night. Liverpool, Rangers and Tottenham are in action on Wednesday.

Here, the PA news agency looks at the form of the British teams’ opponents.

Erling Haaland is set to return to Borussia Dortmund for the first time since joining Manchester City in a £51.1million deal last summer. Dortmund have had a mixed campaign without the Norway striker, lying second behind City in their Champions League group and fifth in the Bundesliga. Edin Terzic’s side have lost four of their 11 Bundesliga games, but claimed a first win in four on Saturday. England midfielder Jude Bellingham scored twice in a 5-0 thrashing of lowly Stuttgart.

Austrian champions Salzburg have not lost since July 30 – a run of 16 matches. They trail Group E leaders Chelsea – who they entertain on Tuesday – by a point after winning one and drawing three of their four Champions League games. Salzburg drew 1-1 at Stamford Bridge last month in Graham Potter’s first match as Chelsea manager. On the domestic front, Salzburg are two points clear of Sturm Graz after being held 0-0 at home by their nearest challengers on Saturday.

Shakhtar head to Glasgow unbeaten in domestic competition since Ukrainian football resumed amid the country’s conflict with Russia. After drawing their opening game against Metalist 1925 Kharkiv, Shakhtar have won six on the bounce. Dynamo Kyiv (3-1) and Kolos Kovalivka (3-0) have been victims since their last European outing. Shakhtar’s solitary defeat this term was a 2-1 loss at Real Madrid, although they drew the return game 1-1 with the European champions in Poland two weeks ago.

Ajax have warmed up for Liverpool’s visit to Amsterdam by scoring 11 goals in two Eredivsie games – hammering Excelsior 7-1 and winning 4-1 at RKC Waalwijk. The Dutch league leaders have won nine, drawn one and lost one of their 11 games to establish a four-point lead over PSV Eindhoven and Feyenoord. But it has been a different story in Europe as Ajax lost 2-1 at Anfield before suffering heavy 6-1 and 4-2 defeats to Napoli.

Group A leaders Napoli are arguably Europe’s form team with their blistering start to the season. Luciano Spalletti’s free-scoring side lead Serie A by three points, with Saturday’s 1-0 victory at Roma their 11th consecutive win in all competitions. Only Lecce and Fiorentina have held them this season. Napoli’s European form has been just as impressive with 17 goals scored in beating Ajax (twice), Liverpool and Rangers, who they host on Wednesday.

Tottenham suffered a 2-0 Champions League defeat at Sporting last month, but the Portuguese team’s form has since been a mixed bag. Sporting lost 2-1 at Boavista and suffered an embarrassing Portuguese Cup defeat to 3 Liga club Varzim. But they have won their last three games in Portugal’s Primeira Liga, and Saturday’s 3-1 home defeat of Casa Pia moved them up to fourth. Sporting have won two and lost two of their four Champions League games.