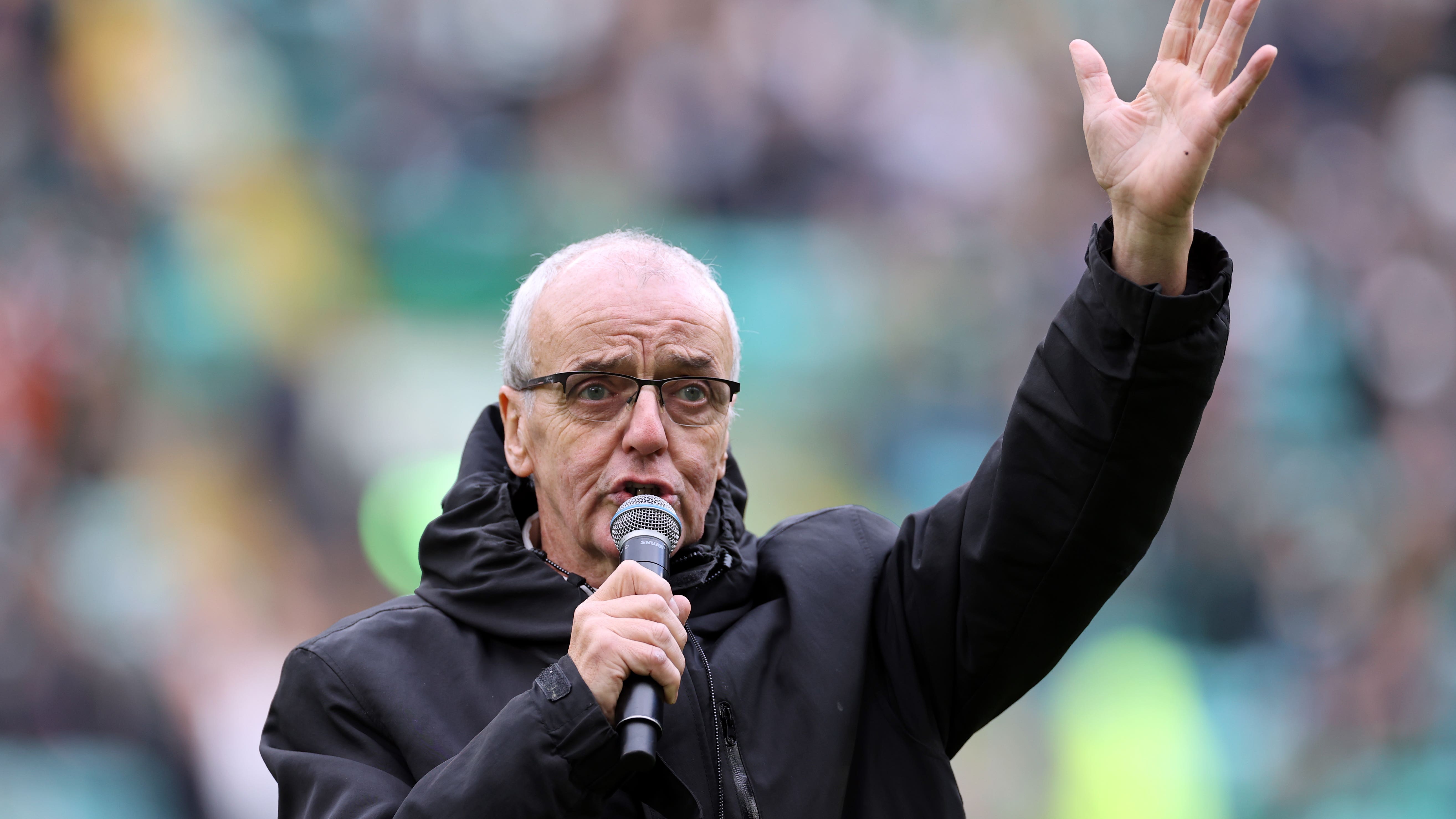 By By Ronnie Esplin PAJanuary 1, 2023No Comments

Not many players get a standing ovation at half-time but Frank McGarvey was among the privileged few – and it was his favourite memory of his time in football.

On March 14, 1981, the former Celtic, St Mirren and Scotland striker – who died aged 66 on New Year’s Day following a battle with pancreatic cancer – had the main stand at Parkhead on its feet and the rest of the then terraced stadium in raptures as he went up the tunnel at the interval after scoring a double of what would become a hat-trick in a 7-0 win over the Buddies.

McGarvey’s second goal, which saw him beat three St Mirren players before driving high into the net from 20 yards, showcased the desire, determination and talent the Hoops fans had come to associate with the Glaswegian following his big-money move from Liverpool the previous year.

“My best moment came in a Premier League win over St Mirren at Parkhead,” he said. “The reception I was given by Celtic fans at half-time will live with me forever.”

By the time he hung up his boots following later spells back at St Mirren and at Queen of the South and Clyde, he had won every major medal in Scotland at the time – Premier League, First Division, Second Division, Scottish Cup and League Cup.

McGarvey was brought up in Easterhouse, the sprawling Glasgow housing scheme, at the height of the city’s gang-fighting activities which had contributed to its famous ‘No Mean City’ tag.

Mary and Eddie McGarvey had three sons – Andrew, Edward and Joseph – before Frank came along on March 17, 1956 in Rottenrow Hospital. A sister, Marie, would soon follow into a typical working-class family.

His “first experience of gambling”, which would go on to become a lifelong battle, came as a kid on a family holiday to Leven when, having been given £1 by his dad to last the week, he frittered it away in an amusement arcade within the hour.

“Since then, a small, unquenchable gambling flame has been alight inside me,” he later wrote in his book.

Alex Ferguson took McGarvey to St Mirren from Junior side Kilsyth Rangers in 1975, and he was encouraged by his new boss to finish his trade as a joiner with Glasgow Corporation.

Slight of build but courageous, determined and unselfish, he was the star striker in a cracking Saints side which won promotion to the top flight in the 1976–77 season.

In 1979, Bob Paisley paid £270,000 to take him to Liverpool, where he joined the Scottish contingent of Kenny Dalglish, Graeme Souness and Alan Hansen.

However, in the days of only one substitute, McGarvey lacked the patience to wait for his first-team chance and left 10 months later to join his boyhood heroes after knocking back Ferguson, who was then manager of Aberdeen.

Celtic boss Billy McNeill said: “I thought he would be a steal for any club – fearless on the pitch.”

There was a more egalitarian feel to Scottish football at the time and the Old Firm were challenged by the New Firm of Ferguson’s Aberdeen and Jim McLean’s Dundee United.

McGarvey, nevertheless, won two league titles, two Scottish Cups and a League Cup at Parkhead and his final game for Celtic is the one for which he is best remembered by Hoops fans.

On May 18, 1985, his flashing header from a Roy Aitken cross secured a dramatic 2-1 Scottish Cup final victory over Dundee United at Hampden Park.

Football could be as cruel as it could be kind, though. On the following Monday, manager Davie Hay told him he was surplus to requirements.

McGarvey, then only 29, returned to St Mirren, where he won the Scottish Cup in 1987. After taking his coaching badges that year, he signed for Queen of the South as player/manager in 1990.

He moved to Clyde the following year and helped the Bully Wee win the Scottish Second Division in 1993 before a stint back in Junior football with Shotts Bon Accord and Troon.

His seven caps for Scotland included a late substitute debut against Northern Ireland in 1979 before he chased a young Diego Maradona around Hampden when Argentina visited for a friendly just over a week later.

However, his toughest opponent was always gambling.

In 2007-08, when we collaborated on his book, ‘Totally Frank – The Frank McGarvey Story’, he bared his soul. He cried recalling the dark places his life had taken him to at times and the pain he had caused his ex-wife Pauline and their children, Paul, Scott, Sean and Jennifer.

It was his biggest regret. He became estranged from his kids for a time but, happily, subsequently built bridges.

Of course, McGarvey was from a generation of footballers who had to work for a living after playing and he returned to the tools, working mainly in the Glasgow area.

However, he was always a footballer and whether it was a pub, restaurant or coffee shop, invariably older fans would recognise him and engage, which he enjoyed.

As he moved into his 60s, he seemed to be in a good place.

McGarvey made an appearance on the pitch before Celtic’s home game against Hibernian and struggled with his emotions when he was given a rousing reception by the Hoops fans.

And he was just as pleased with the “extraordinary” reaction to his devastating news from all over Scotland.

He said: “I seen a few messages on the internet from fans of Rangers, Aberdeen, Dundee, St Mirren and others, and getting all those messages from other clubs’ fans has actually been fantastic. Football fans and everyone around me giving me goodwill has really helped me fight this disease.”

However, the man who had stood up to the toughest centre-halves in Scotland and in Europe, could only fight for so long.