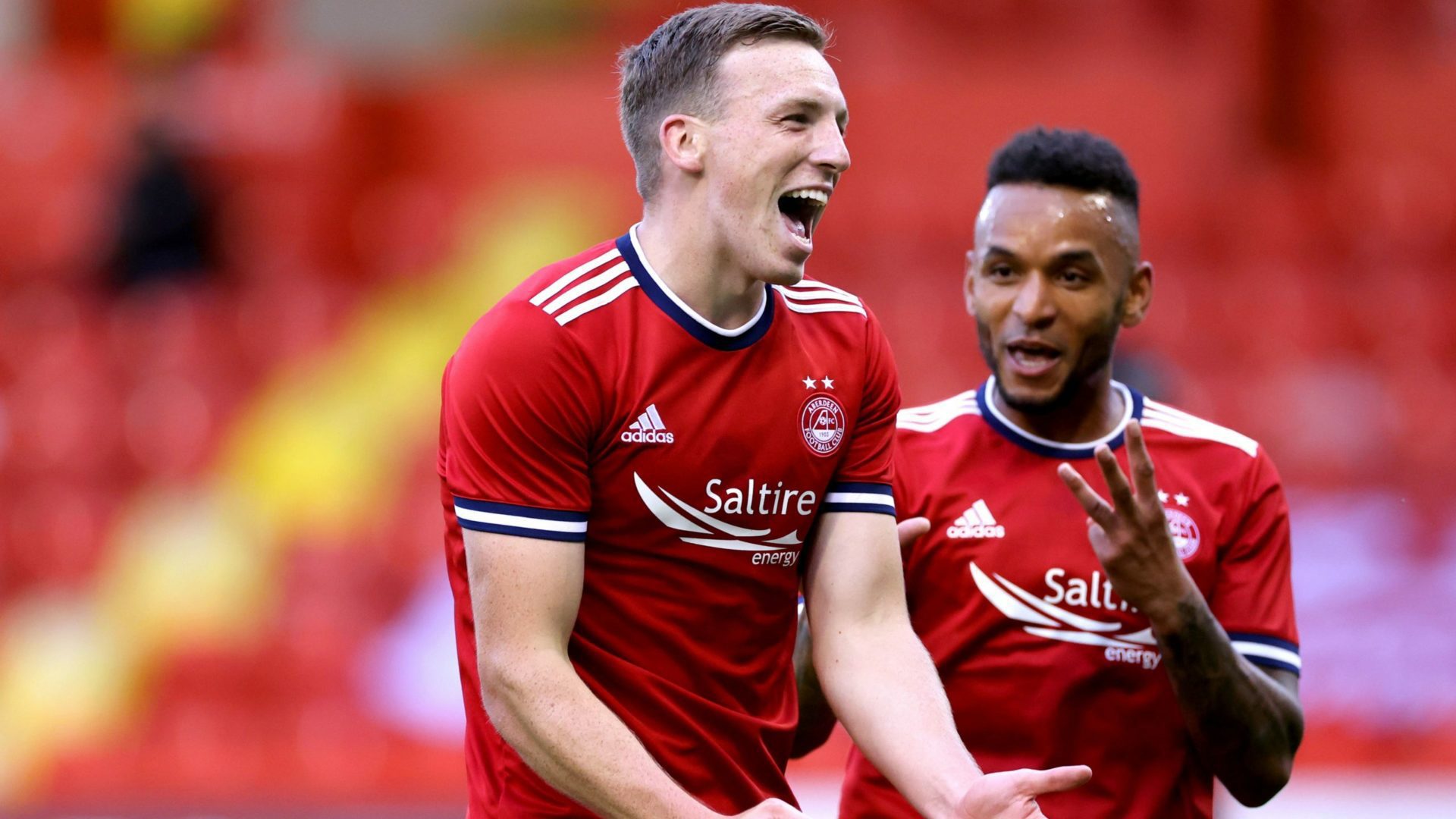 Lewis Ferguson has realised a childhood ambition to play abroad after completing his transfer from Aberdeen to Bologna.

The 22-year-old has moved to the Serie A club for a reported fee of about £3million.

The Scotland midfielder told Red TV: “I am really excited, I have that nervous excitement.

“Moving to another country, it will be a whole different way of living and way of playing football but it’s something I have always wanted to do since I was a kid, to go and play abroad and test myself.

“There’s not many better places to test yourself than in Serie A. It’s a whole new adventure and I’m really looking forward to it.

“A time comes for a player to move on. I have been here four years, I gave everything and I did my best and I just feel it’s the right time and the right move for me. It had to be the right move for the club as well, to obviously get a bit of money in as well.

“It feels right for me, I have that gut feeling that I really want to test myself there.”

“I spoke to him over the past week or so,” he said.

“I spoke to him during the Scotland camps as well about playing in Italy and playing in those stadiums against top players.

“He seemed to really enjoy it and he has really kicked on and improved and developed as a player and that’s something I want to go and do.

“It’s a massive step for me, to try and develop as a player and as a person because I’m going to need to buy into their culture and way of living.

“I am going to need to learn the language, which hopefully won’t take me too long. It’s a really exciting time for myself to go over there and test myself against some of the best players in the world.”

The former Hamilton player moved to the Dons four years ago and scored 37 goals in 169 appearances as well as winning four full Scotland caps.

Aberdeen manager Jim Goodwin said: “Lewis has been a fantastic player for Aberdeen. He became an integral part of the dressing room in recent seasons, and he has earned the right to explore other options.

“The club has helped his development massively. He’s played an impressive number of first-team games for his age, not only domestically but in Europe as well, and recently made his debut for his country.

“There’s no doubt Lewis has made a brave move, opting to go abroad and face the challenge of football in a different country, but I’m sure he will be a success.”