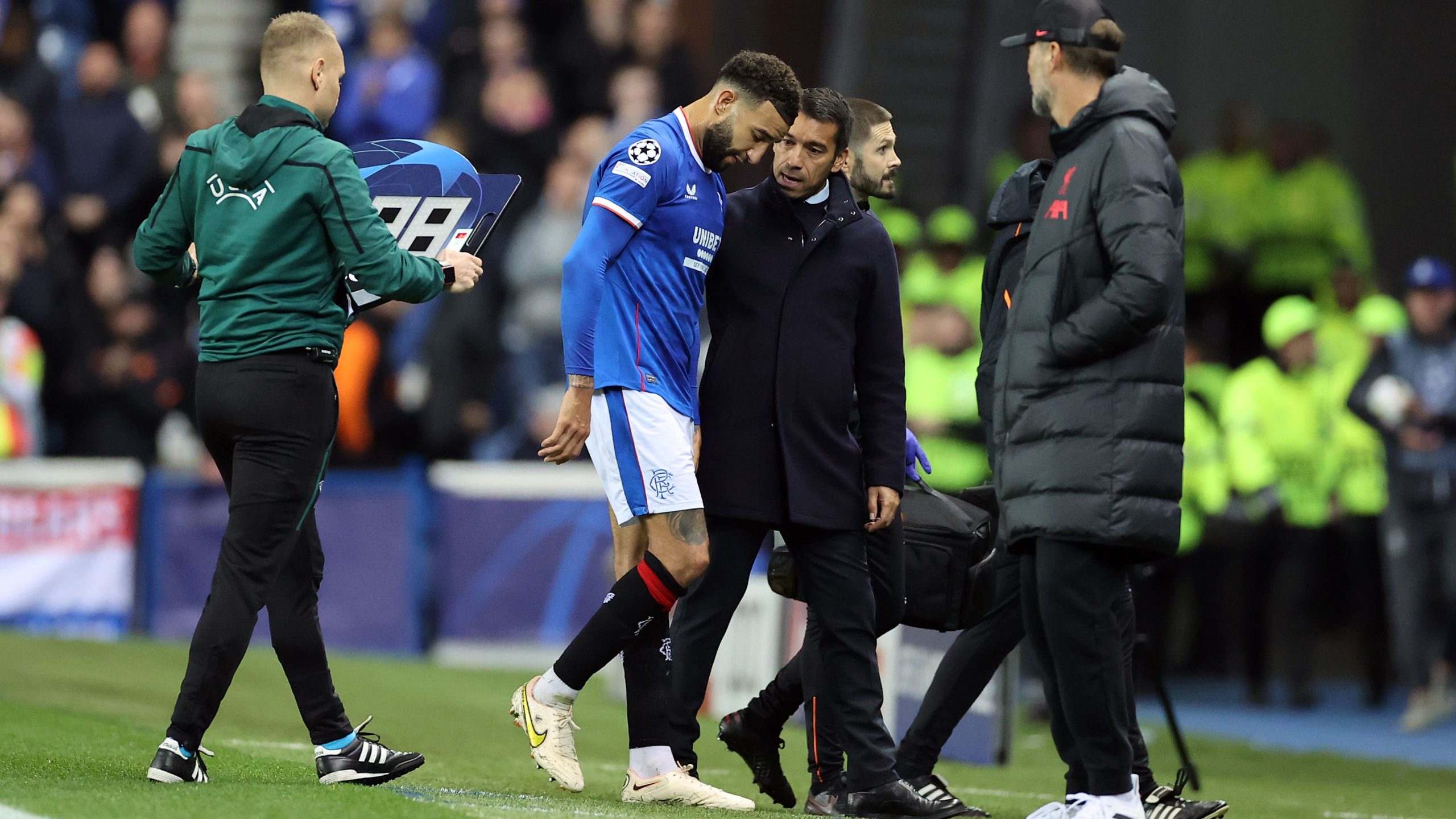 Giovanni van Bronckhorst admits the loss of Connor Goldson for “several months” is a “big blow” to a Rangers side still reeling from their Champions League disappointment.

The 29-year-old centre-back picked up a thigh injury in the first half of the Light Blues’ 7-1 mauling by Liverpool at Ibrox on Wednesday night – a joint-record defeat for the Govan club which left them bottom of the section with no points after four fixtures.

Midfielder Ryan Jack came off injured as well and will also miss the cinch Premiership game against Motherwell at Fir Park on Sunday.

The Gers boss said: “Connor and Ryan both have muscular injuries so they won’t be back in the short term.

“I am not exactly sure (about Goldson) but it will be several months. It is a big blow, whenever you have injuries.

“Connor has played in all the games since I joined the club, apart from when we rested him.

“He was an ever-present, a very important player at the back with his coaching and of course with his presence as well so that is a big blow that we won’t have him back for the next months.

“Ben Davies had a knock on Wednesday but could continue the game, we still have training today but I expect him to be involved tomorrow.

“We have natural central defenders at the moment, Ben Davies, Leon King and James Sands, then you have John Lundstram who has played there in the past so those are the main options at the moment.”

The Dutchman believes the injuries to Goldson and Jack did nothing to help Rangers in their stinging defeat by the Reds, although he recognised the gulf in quality between the two squads.

He said: “The process is to analyse the game, what we did well, what we need to improve.

“For 60 minutes we were well in the game, we needed to change two players, Connor before half-time and then Ryan Jack so I think that impacted on the way we played.

“In the Champions League you have to be 90 minutes on top form to play against the teams we are playing against at the moment.

“If you drop your levels in the last 25 minutes and the opponent is only getting stronger with the substitutes they made, then the difference is very big although with the goals we conceded we are capable of defending those moments, but we didn’t do that well.”

Despite their European shortcomings, Van Bronckhorst insists Rangers can still have a successful domestic season.

He said: “These are moments you have to get stronger, improve yourself as a manager and learn from the things you experience.

“Eventually you need to continue and use it to move forward stronger.

“In Europe it is quite difficult for us to get points. We have a slight chance to go to the Europa League but that will also be difficult but we are still in all competitions (domestically) and in the league there is still all to play for so that is our main focus.

“We have a league game tomorrow to get the three points and on Wednesday night we have a big game to reach the Premier Sports Cup semi-final, so it doesn’t stop.

“The games comes quickly but we have to focus and make sure we get the three points.”