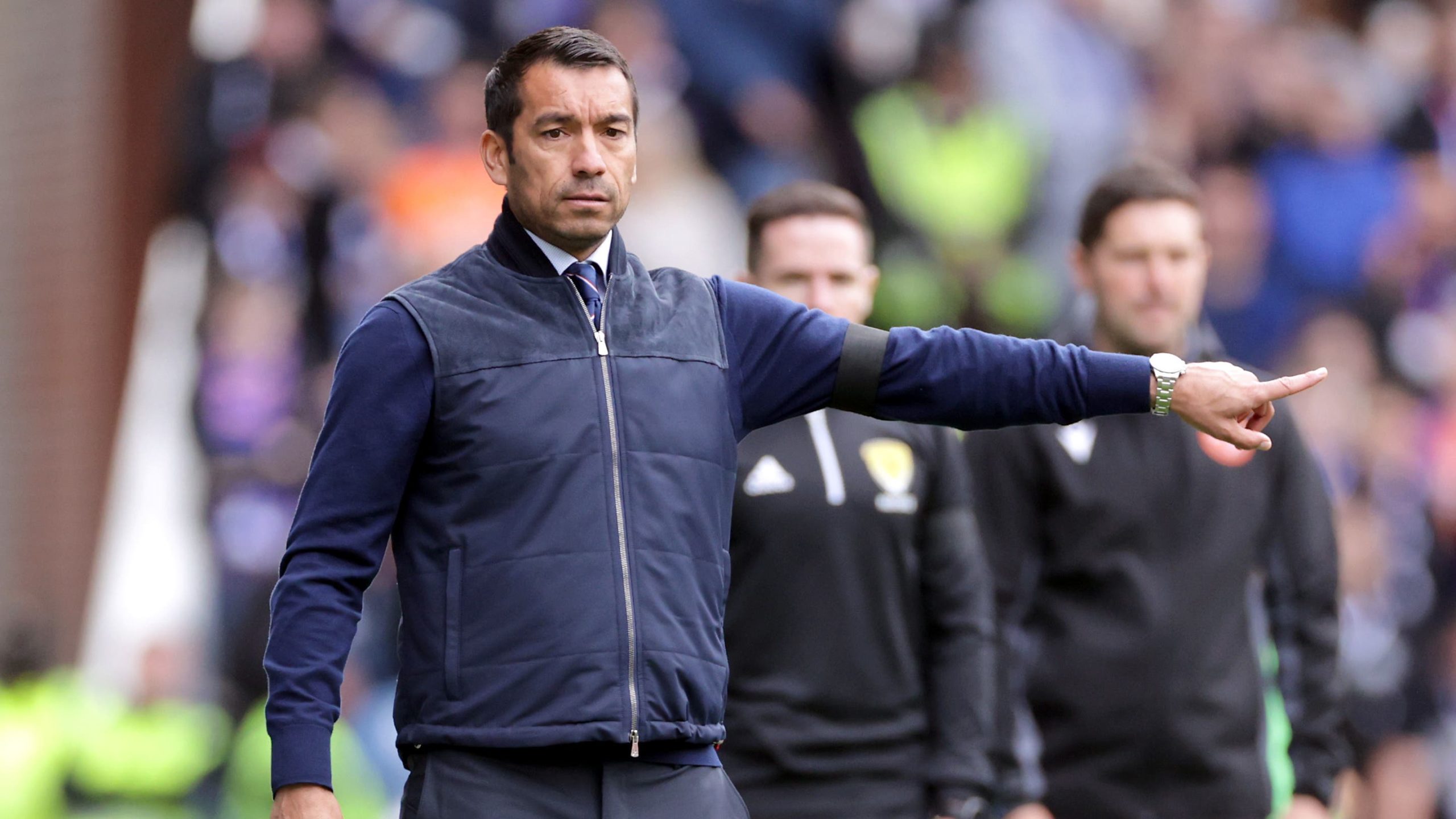 Giovanni van Bronckhorst was glad to see Antonio Colak continue to deliver for Rangers with a double in the 2-1 win over Dundee United at Ibrox on Saturday.

The Croatia striker was replaced by Alfredo Morelos for the Champions League defeat to Napoli at Ibrox on Wednesday night but returned for the cinch Premiership match against the league’s bottom side and again showed his worth as the Gers brought a three-game losing streak to an end.

Colak celebrated his 29th birthday by opening the scoring in the eighth minute with a drive from inside the box then grabbed a second just after the break  with a close-range finish to take his tally for the season to nine, before Liam Smith pulled a goal back for the visitors to make it a fraught finish.

As Rangers head into the international break, Van Bronckhorst told Rangers TV: “I am very pleased. He has been scoring a lot of goals for us.

“It was his birthday as well so it is always good to have players who can score.

“I am happy for Antonio but happy for us as a club that we won this game.

“The win was important because we don’t have the full squad together for 10 days so it was good to end the first block of games with a win.

“We can now work towards Hearts in two weeks.”

It was a first league start for 20-year-old midfielder Charlie McCann, with 18-year-old defender Leon King also featuring, and Van Bronckhorst said: “I think Charlie did well. His development has been amazing if you see him play.

“Unfortunately we don’t have him in the Champions League squad, but he is one of the players who is training really well.

“Also, it was good that we started with two academy players.

“That is also important for this club. They both deserved to be in the line-up.

“You could see the ability Charlie has, the speed of play. He quickens the play at moments.

“He had some chances to score today and that is one thing he has to improve.”