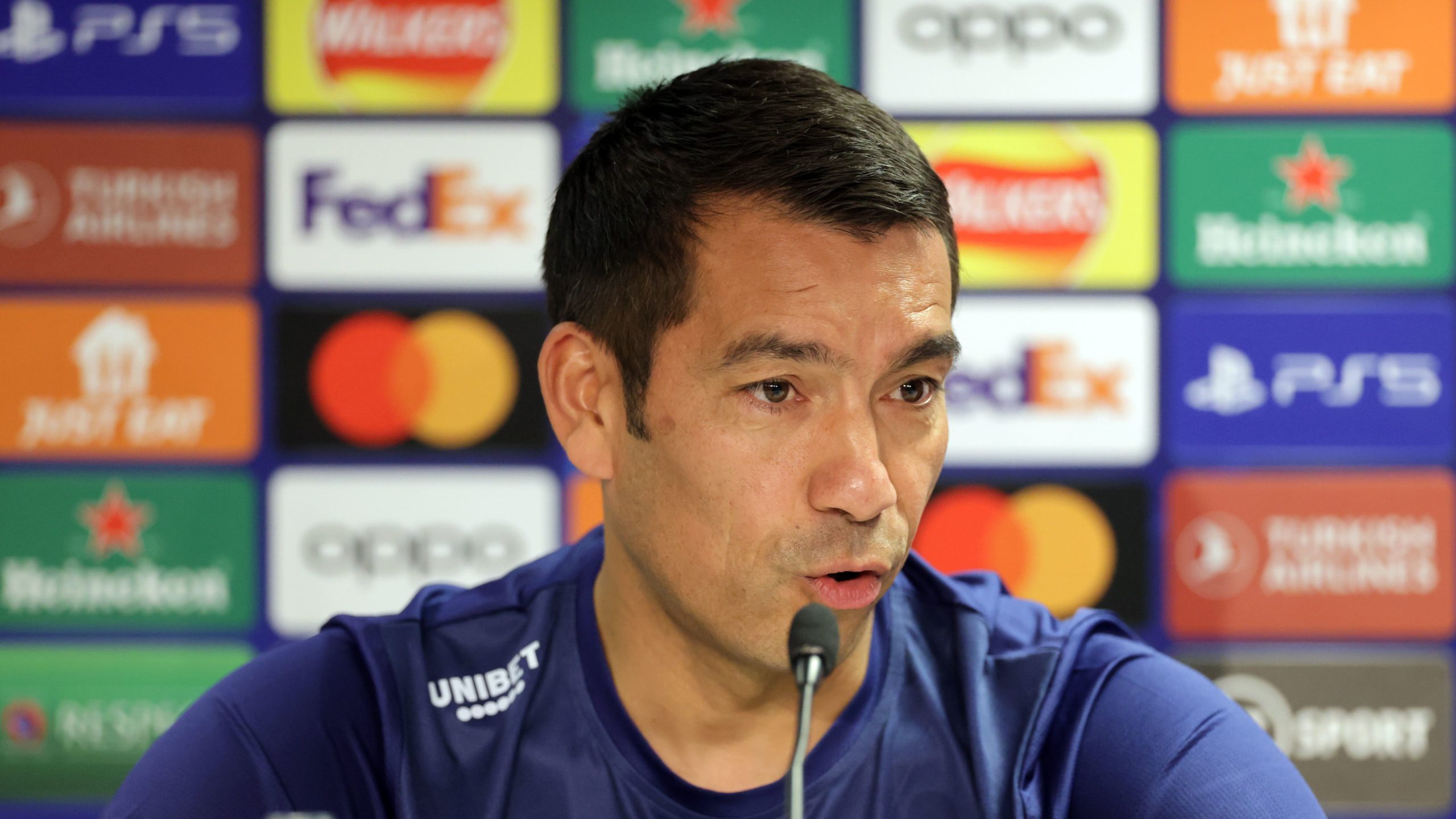 Giovanni van Bronckhorst insists new signings have no divine right to be picked after none of his seven summer recruits started in Rangers’ 3-0 defeat by Napoli on Wednesday night.

John Souttar and Tom Lawrence are out injured while Ben Davies, Rabbi Matondo, Malik Tillman, Rıdvan Yılmaz and Antonio Colak were on the bench for the Champions League Group A fixture.

A second-half Matteo Politano penalty – after returning keeper Allan McGregor had saved Piotr Zielinski’s re-taken spot kick for which Gers defender James Sands was sent off for conceding – put the Italian side ahead.

Giacomo Raspadori added a second with five minutes remaining and fellow substitute Tanguy Ndombele bagged a third in added time to leave Rangers with no points from their first two group games before they face Liverpool in a double-header.

Asked about having none of his new faces in his side, the Gers boss said: “I always pick the team who I think will win the game.

“I am not going to pick 11 players and say: ‘Okay, I’ll put three new signings in and four who have been here for 10 years’.

“I don’t look at new signings or players who have been here for a longer number of years, I just pick the best 11 for the game.

Asked specifically about defender Davies, who has made one start since signing from Liverpool and who sat on the bench while young centre-back Leon King came on, Van Bronckhorst said: “Ben Davies? Why do I have to talk about Ben Davies? He has been injured, he is just back in training.

“I put players in who I think will be ready to play.

“That is why I put Leon (King) in first. He defends really well, he defended really well in the second half against Ajax.

“That is why I put him in and why Ben didn’t start.”

The Dutchman was pleased with the performance of Alfredo Morelos before he was replaced by Colak in the second half.

The Colombia striker, recently left out of the squad through fitness issues and attitude, made his first start since March and kept the Napoli defence busy.

Van Bronckhorst said: “I said before already that it has been a very positive week for him.

“Clearly you can see he is working hard. I thought the first start for him would be after a couple of weeks.

“But he has done well, he was very dangerous, he could have scored in the first minute.

“We know what he will bring to the team. In the Napoli game we needed him to be the target man and hold the ball up.

“In the first half he played really well and should have got some free-kicks in favour of him with the physical battles he had to take with the defenders.

“He is clearly on another level to what he was a couple of weeks ago, a couple of months ago.

“We still have Antonio who is performing well, especially up front.

“In the number nine position I think we have two players who can give me what I want.”