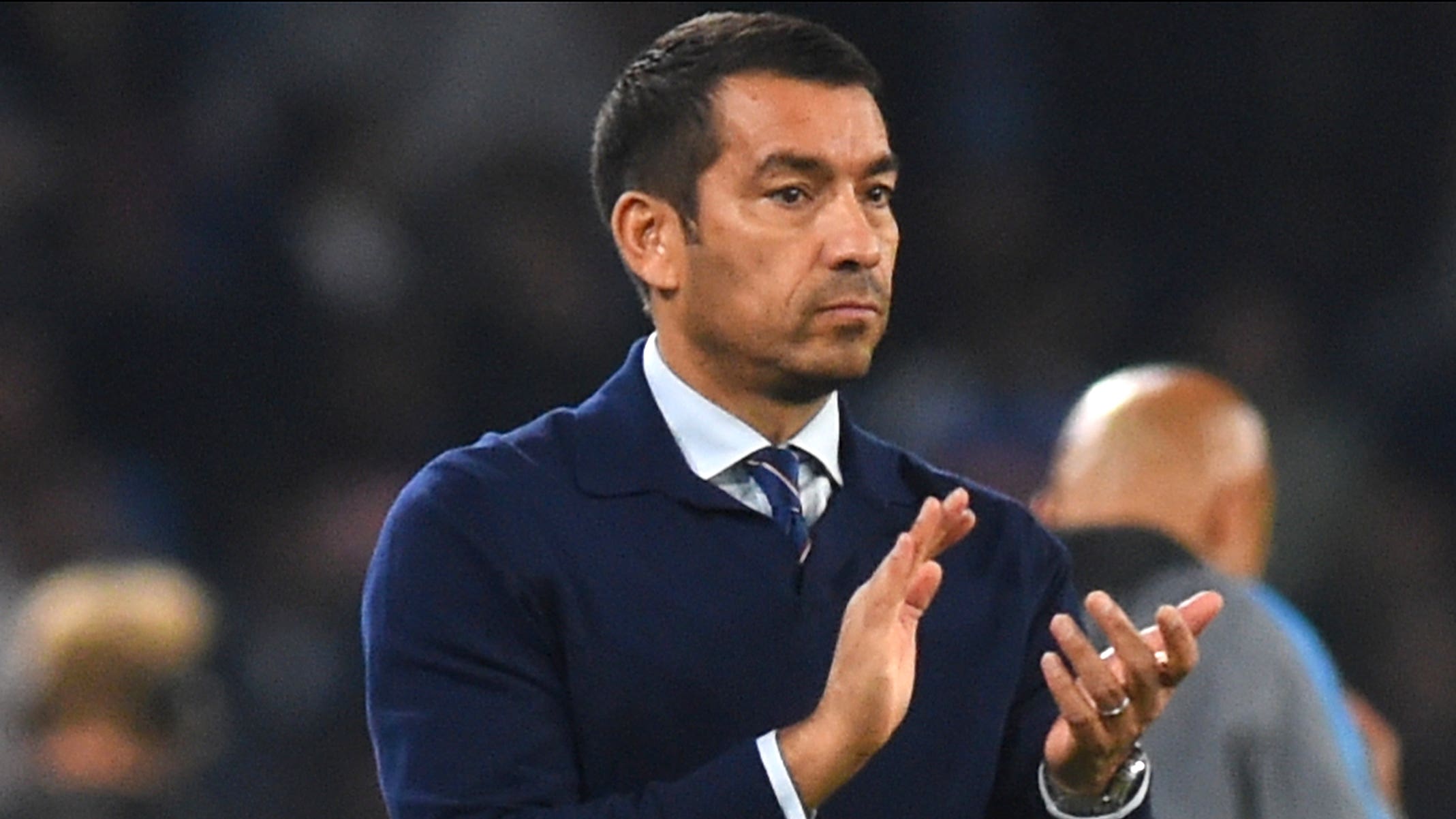 Giovanni van Bronckhorst urged his Rangers team to get off to a good start against Aberdeen at Ibrox on Saturday to keep disgruntled Gers fans onside.

The Light Blues were booed off in their last two home games after beating Championship side Dundee 1-0 in the Premier Sports Cup quarter-final and grabbing a late 1-1 draw with Livingston in the cinch Premiership.

The comprehensive 3-0 Champions League defeat by Napoli in Italy in midweek did little to lift the gloom around the Govan club who have lost all five Group A games and are out of Europe altogether, as they trail Celtic by four points at the top of the table.

“It is the way we start,” said the Gers boss, who revealed striker Kemar Roofe is out again with another calf injury.

“We have to start positive, on the front foot and that will also get the reaction of the fans.

“That is the normal dynamic you have in the games and you don’t want to start the way we started last week because then the fans will be almost against you, in the way of they are not agreeing with what happens on the pitch.

“So, that’s why we have to start well, organised, with energy, creating chances, positive thinking, and be aggressive and that’s how we need to start tomorrow.

“Last week we didn’t start well. We conceded an early goal and after that we were dominating and had many crosses but in the end we only scored after they had a sending off.

“In the end, with all the possession we had in their box we didn’t make too many big chances to score.

“We need to win this game. The most important thing is to get three points.

“You always want a positive result with a positive display so that’s what we are going to try to do tomorrow.”

Van Bronckhorst admits “it is difficult” to pick up the players after Euro defeats for domestic matches.

The Dutchman said: “We know the difference in level and the competition we are facing but a loss is still a loss so we have had that feeling five times now in that competition.

“We have to react now and also after the dropped points last week but the players are ready for it.

“We had a long journey home yesterday so the most important thing is we are mentally fresh tomorrow and I think we are.”

However, Van Bronckhorst will have to do without the services of Roofe again.

The Gers striker recovered from a calf complaint which kept him out since the start of the season to feature off the bench against Dundee and Livingston recently.

However, another knock to the same area means he misses the visit of Aberdeen.

The Rangers boss said: “Kemar was also not involved on Wednesday but he picked up another injury so we won’t have him for a couple of weeks. It is the same area but a different injury.

“First, it is very frustrating for Kemar. He has had a history of injuries since he came to this club, not only with me but also previously.

“So, for me, that is the most frustrating thing for Kemar himself because he works hard, he is trying everything to come back and whenever he is back it is always a setback within a couple of weeks and that is very frustrating for him.”