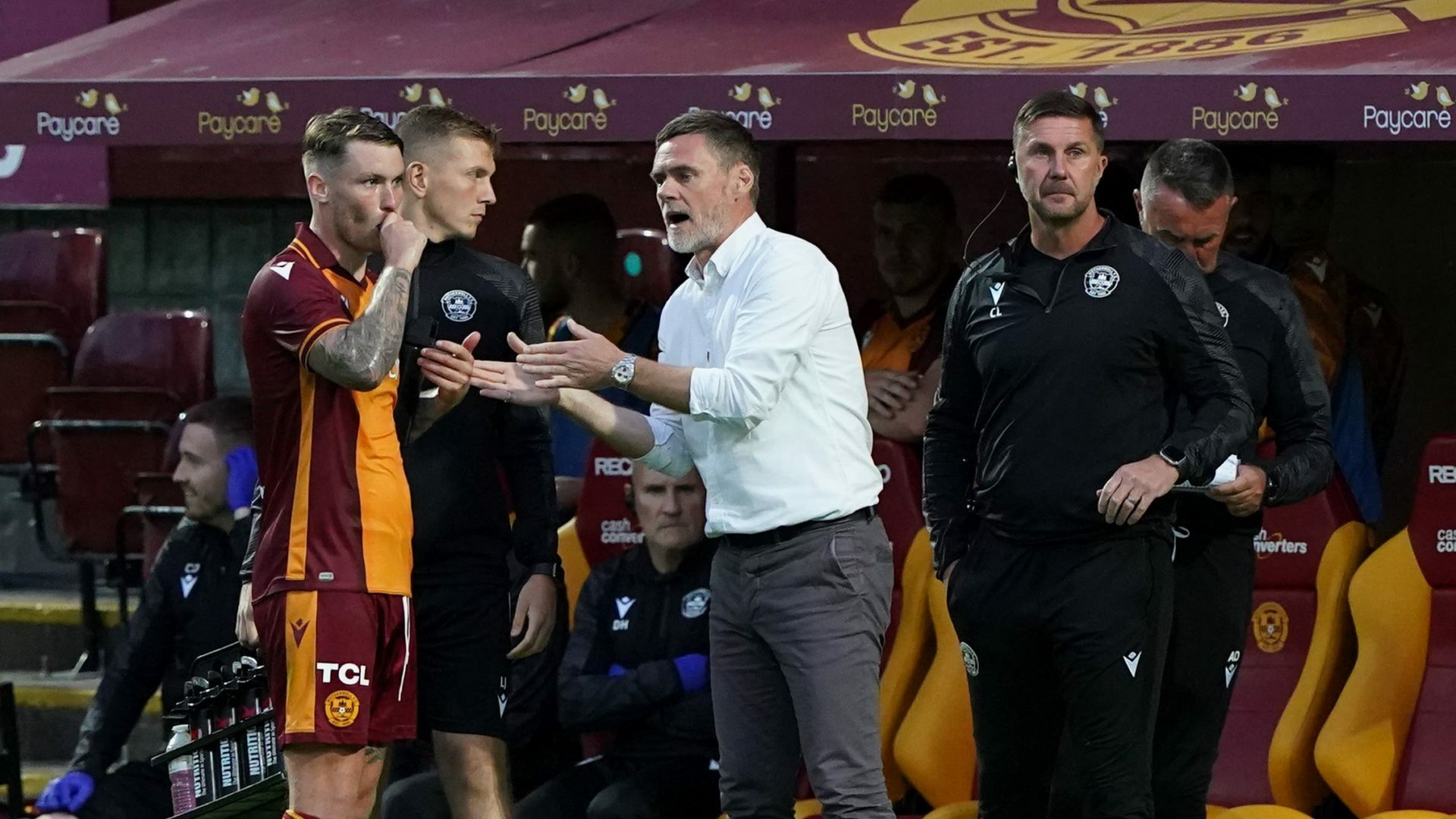 By By Gavin McCafferty PAJuly 21, 2022No Comments

Graham Alexander dismissed suggestions his side lacked sharpness after opening their season with a 1-0 European defeat by Sligo Rovers at Fir Park.

Former Hearts and Falkirk striker Aidan Keena pounced on a short-headed passback from Bevis Mugabi to lob Liam Kelly in the 27th minute of the first leg of the Europa Conference League second qualifying round.

Motherwell’s best efforts in response came from long range and Sligo substitute Max Mata had the two best opportunities in the second half, with the visitors claiming he was denied a headed goal by a Jake Carroll handball.

However, Alexander said: “I think we did more than enough to win it.

“The goal speaks for itself. It was an obvious mistake but an honest one. That gave them something to protect. They sat deep at times but we still created enough chances to win the game but didn’t take them.

“But it’s only half-time. It’s still there to try and win.”

Sligo are 23 games into their League of Ireland season and came through the first round against Bala, while Motherwell’s preparations saw them play one training-ground friendly in Austria before facing Partick Thistle in a pre-season game on Saturday.

But Alexander did not think those contrasting preparations were an issue.

“I thought there was a little bit of slowness in our play before they scored, we took too many touches. That was more of a tactical thing, not sharpness of movement.

“But we are getting up to speed. Regardless of how long your pre-season is, how many games you have, the first competitive game is always different to any other game of football you play in.

“You think you’re the best prepared as a player or as a manager and then the competitiveness changes that aspect, because the game is played by humans.”

Sligo boss John Russell was “unbelievably proud” of his team.

“It’s a massive win for Sligo,” he added. “It’s only our fifth European win. We had only won three before this season and now we have beaten Bala and Motherwell away.

“Our defensive structure limited Motherwell to very few chances. I felt we deserved the win, made a couple of chances and should’ve had a penalty late on.

“We’re happy with the performance but it’s only halfway in the tie.”

Meanwhile, Motherwell could face disciplinary action from UEFA after an assistant referee appeared to report being struck by an object thrown from the crowd as the home support grew frustrated with a late stoppage to treat a Sligo player.