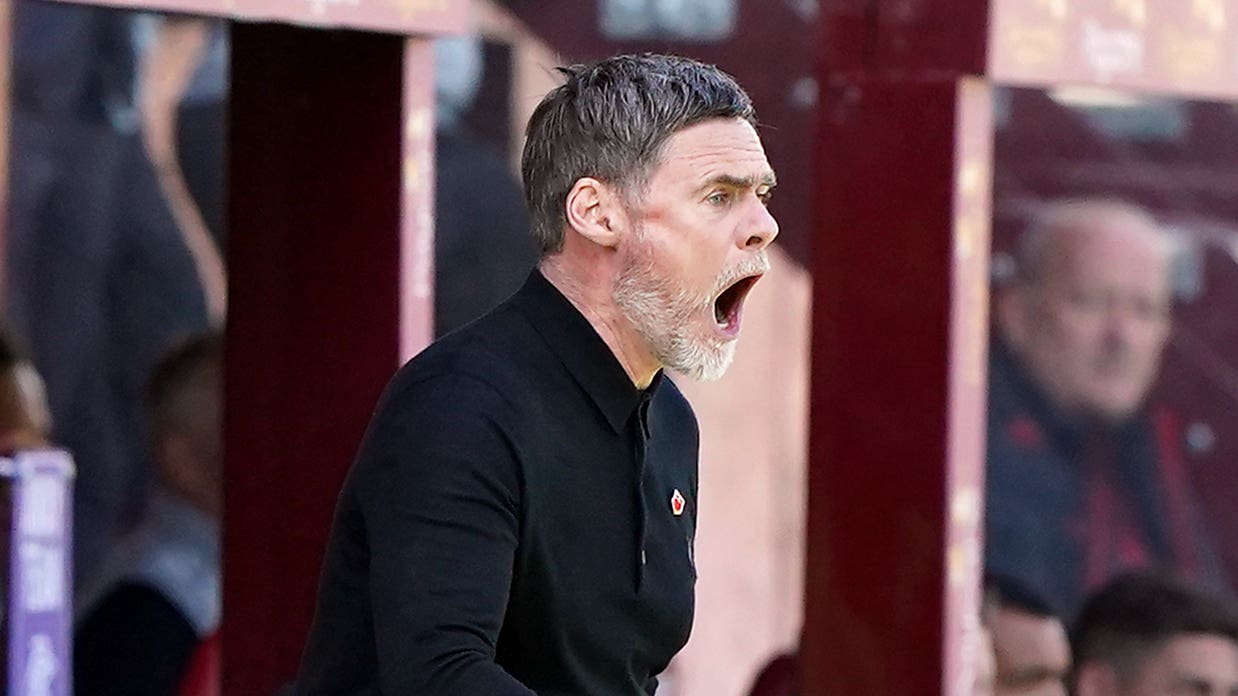 Motherwell manager Graham Alexander admits they will need to draw on the spirit that saw them over the line in Dingwall after being hit by more illness blows ahead of the visit of Hearts.

Kevin Van Veen shrugged off a bug to come off the bench and hit the winner against Ross County, while Callum Slattery also was restricted to a substitute’s appearance and others missed out completely.

The win took Motherwell into fifth place in the cinch Premiership and they can clinch a Europa Conference League spot if they beat Hearts, and Ross County fail to win at Ibrox.

However, Alexander has fresh selection issues.

“There’s a couple of lads have come back and trained but a couple more have caught the bug unfortunately since the weekend,” he said.

“We will see how we are and try and pick the fittest team that we can because we are going to need all the energy we can get on the pitch.

“The players mentally are in a good place. A lot to play for on the back of a great result but unfortunately that bug is causing a little bit of havoc at the minute.

“Four of the lads had to travel on a separate minibus. We tried to keep them separated from the coach because we didn’t want it spreading around. The main bus broke down on Friday so we had to wait for a replacement bus.

“So the prep wasn’t ideal but the players responded great to it, we had a real camaraderie on the way up.

“The four lads trained on Friday and it was the first time we had seen them all week and they didn’t look in great shape at the end of the session.

“But we knew we needed them in the group and they wanted to be there – and that’s the great thing. They want to be part of a group that achieves something.

“We showed great spirit on Saturday. Kev and Slatts came on and Kev got the winning goal but you could see at the end of the game he was back on empty. It has really taken it out the boys.

“We have a couple more in that situation but I’m sure the adrenalin and motivation will overpower any feelings they have got in their stomach.

“If we can have the crowd behind us like they were on Saturday – even though we were away from home, the atmosphere was brilliant.

“The players felt that before the game, I know they did, they felt it during the game and they were rewarded with it after the game.

“I think we can get that atmosphere at Fir Park – which always helps our team – and give it our best shot.”

There will be added emotion in the stadium given it will be a final home game for assistant manager Keith Lasley, who is joining St Mirren as chief operating officer 23 years after he first joined Motherwell.

Alexander said: “When I spoke to Las a few weeks ago when the news broke about his new role at St Mirren, he was desperate to be a part of something good here until the end of the season and play his part, which he certainly has, for me and the team, all season.

“It would be great way for him to leave the club on the back of a successful season, which I feel it already has been, but to go that extra step, it leaves you with a good feeling and Las is really determined to help us to do that. And we would love to do it for him as well.”