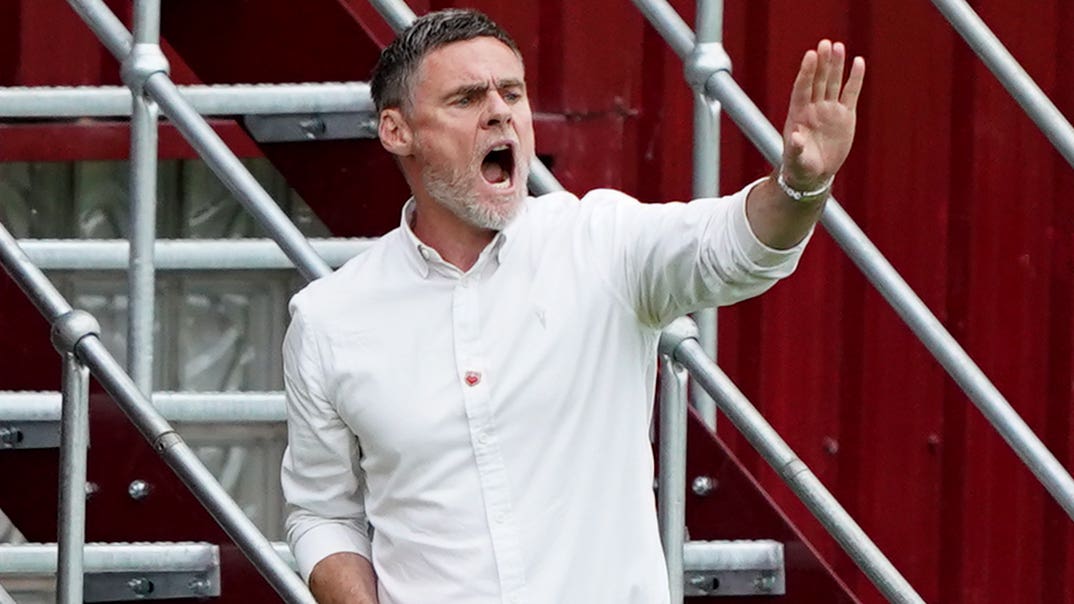 Graham Alexander believes Motherwell’s Europa Conference League exit at the hands of Irish side Sligo Rovers on a 3-0 aggregate could be a reality check.

The Steelmen trailed 1-0 from the first leg of the second-qualifying round at Fir Park and soon found themselves behind in The Showgrounds when Sligo defender Shane Blaney curled in a long-distance free-kick in the fourth minute.

Well’s performance lacked conviction and quality and in added time home substitute Max Mata added a second to compound their misery and they now have to get ready for their cinch Premiership opener against St Mirren on Sunday.

Alexander told the club’s official Twitter account: “We have to be honest with ourselves and take the criticism that is coming our way because I don’t think we have been good enough tonight and we have to deal with that first and then we have to focus on the game on Sunday.

“It is our first league game of the season so there is so much to look forward to but we also need to understand that we need to improve in certain aspects of the game.

“Sometimes you get a couple of reality checks at the start of a season or campaign because the competitive edge comes to it after the pre-season friendlies and then you learn a little bit more about what you need to compete over the course of a season and in the two games we have seen where we need to try to improve.”

Alexander admitted the defeat was “as disappointing as you can get”.

He said: “We worked so hard for 10 or 11 months last season to get to this stage, for it to end abruptly is a massive disappointment for us, there is no hiding from that fact.

“We gave ourselves a difficult task by losing 1-0 at home but by no means was it beyond our reach to come here tonight and win but obviously losing the goal so early created an atmosphere and environment that made it extremely difficult for us and Sligo defended exceptionally well.

“I thought we were a little bit naive in certain situations and we have paid the price.”