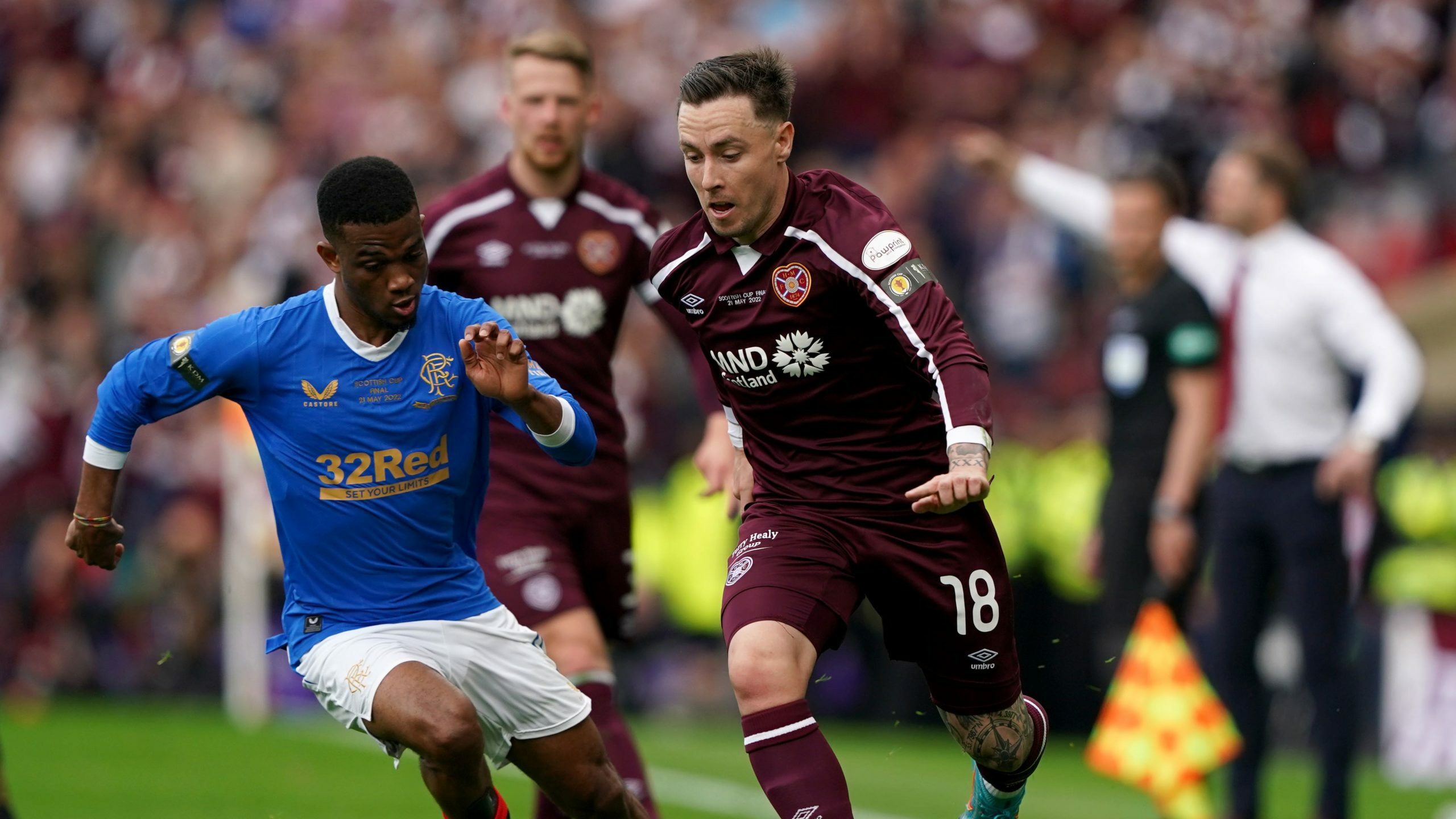 By By Anthony Brown PAAugust 14, 2022No Comments

Former Dundee United striker Lawrence Shankland heaped more misery on his old club as he set Hearts on their way to a 4-1 cinch Premiership victory at Tynecastle on Sunday.

The Tannadice outfit were looking to bounce back from their 7-0 Europa Conference League thrashing away to AZ Alkmaar on Thursday, but they got off to the worst possible start when they fell behind in the first minute.

Further goals from Barrie McKay, Jorge Grant and substitute Josh Ginnelly ensured a dismal end to a grim week for United and allowed Hearts to head off to Switzerland in high spirits for their Europa League play-off first leg against FC Zurich.

Tynecastle boss Robbie Neilson made one alteration to the side that started the 1-1 draw with city rivals Hibernian last weekend as Cammy Devlin replaced Peter Haring in midfield.

Hearts got off to the perfect start when they played their way into the danger area straight from kick-off and Shankland fired home a clinical close-range finish from Devlin’s cross.

The hosts were well on top in the opening exchanges and they threatened again in the fifth minute when Alan Forrest seized possession in his own half, drove forward into the United box and saw a shot deflected behind off Aziz Behich.

Four minutes later, United veteran Charlie Mulgrew – who had been moved forward from centre-back into a midfield role – was loose with a pass in the Hearts half, allowing McKay to surge forward before seeing a low angled shot pushed wide by keeper Mark Birighitti. The resulting corner caused panic in the United box but Hearts were unable to force the ball in.

Grant then tried his luck with a shot from a free-kick wide on the left which was punched out by Birighitti.

After weathering the early Hearts storm, United started to feel their way into the game and Ryan Edwards saw a firm low strike from 30 yards out well saved by Craig Gordon on the half-hour.

Hearts went straight up the park and almost doubled their lead but Birighitti raced from his line to save at the feet of Devlin after McKay had slipped the Australian through on goal.

The Jambos doubled their lead just three minutes into the second half when McKay curled home a lovely finish from 25 yards out.

The hosts notched again in the 62nd minute when Grant followed up to tap home his first goal for the club after Birighitti could only parry a Michael Smith shot into his path.

United got themselves a lifeline in the 71st minute when substitute Fletcher converted a penalty after Behich was deemed to have been fouled by Gary Mackay-Steven, but Hearts were comfortable thereafter and Ginnelly ran clear to fire home a lovely finish with the last kick of the game.