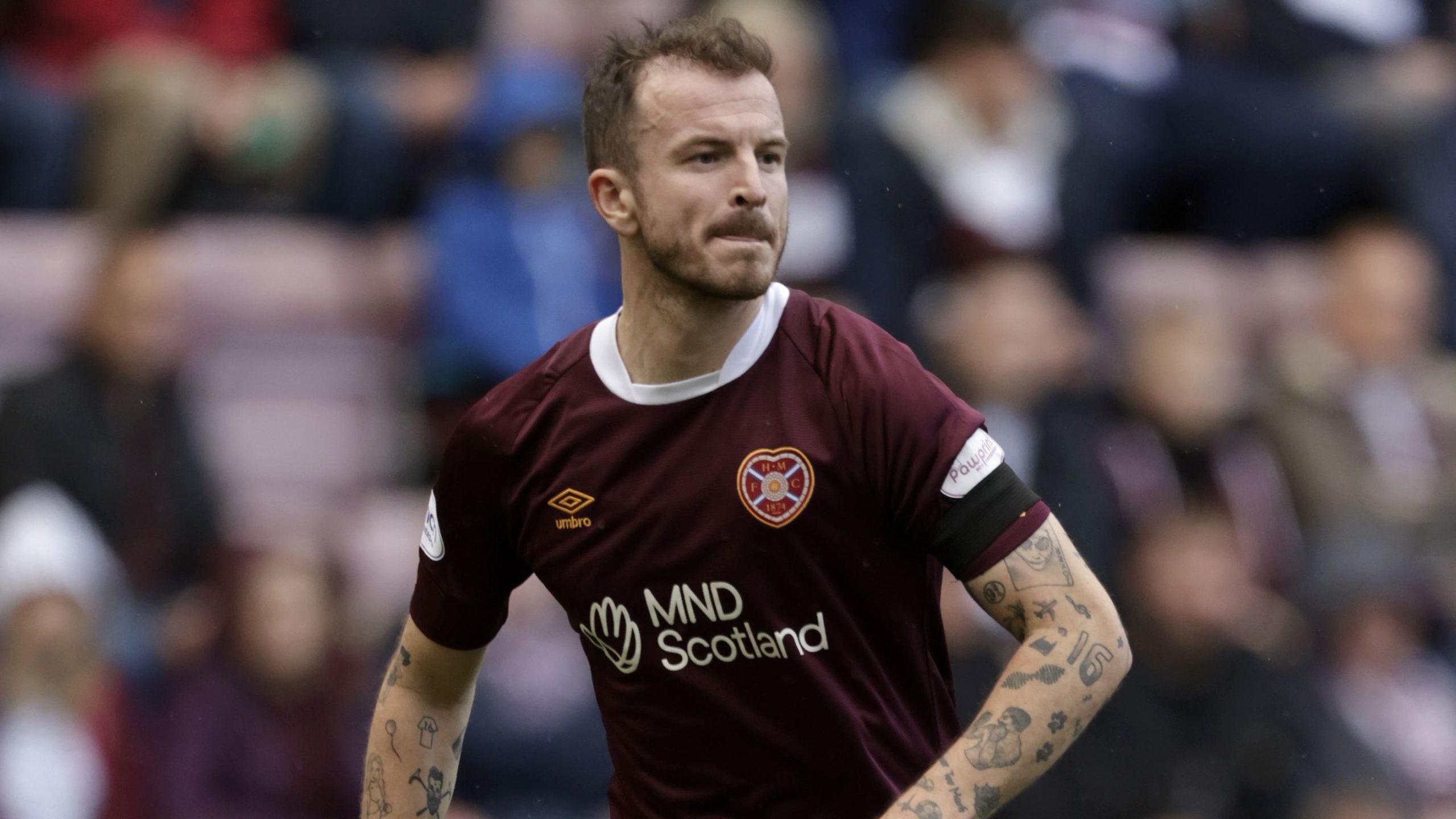 By By Anthony Brown PAOctober 5, 2022No Comments

Andy Halliday is relishing the prospect of locking horns with a team he has admired from afar since an early age when Hearts host Fiorentina in the Europa Conference League.

Like many British kids of his generation, the 30-year-old loved watching Italian football on television when the likes of Gabriel Batistuta were starring for La Viola.

Although AC Milan were his Italian team of choice, Halliday is well aware that Hearts are facing “a fantastic football club with great tradition”.

“My first memories are growing up watching Italian football and watching players like Batistuta at Fiorentina and the greats like that,” the versatile Hearts player said.

“I don’t want to disappoint any Fiorentina fans but it was always AC Milan for me.

“The kit, some of the legends they had, that millennial team and the 2010s after that, they had some fantastic teams.

“Serie A has always been an amazing league. Even now you look at Fiorentina and they are one of the massive clubs, so it will be great to play against them.

“I actually went to Florence on my holidays in the summer so I know it’s a beautiful city.”

Thursday’s match at Tynecastle is the first of what promises to be a critical double-header between Hearts and Fiorentina, with the return in the Stadio Artemio Franchi next week.

The Jambos are currently second in Group A with three points, while Fiorentina are bottom with just one point. Both sides are mid-table in their respective domestic leagues.

Halliday knows the importance of the two matches against the Italian side.

“After this double-header there are only two games left and you want to put yourself in a good position going towards the end of the group stage to go through,” he said. “It will be a tough head-to-head because we know how good they are.

“I think they’ve been a bit of a mixed bag domestically this season but we’ve done our due diligence watching them and we can see they are a top-quality side.

“They will be disappointed in dropping points at home to Riga and right now we have a slight advantage so it’s vitally important we try and get a positive result.

“If we don’t, it doesn’t mean we are out of the group stage – not at all – but you always want to try and make your home ground a fortress.”

Fiorentina have won only one of their last 10 games in all competitions but Jambos boss Robbie Neilson played down their recent form struggles.

“We’ve watched a number of the Serie A games and they have been pretty tight, a goal here or there,” he said. “When they played Riga at home they dominated and probably could have won 4-0 or 5-0, but ended up taking the draw.

“Yes, they have had a difficult start to their season but they would probably look at us as well and say the same thing. It’s two teams who will have this opportunity to kick-start their seasons.

“We have to respect a Serie A team coming to Tynecastle but I believe that here, with 20,000 fans behind us under the floodlights, we have to take the game to the opposition.”

Neilson confirmed that key centre-back Craig Halkett is out of Thursday’s match and will almost certainly miss next week’s match in Florence as he continues his recovery from a hamstring problem.