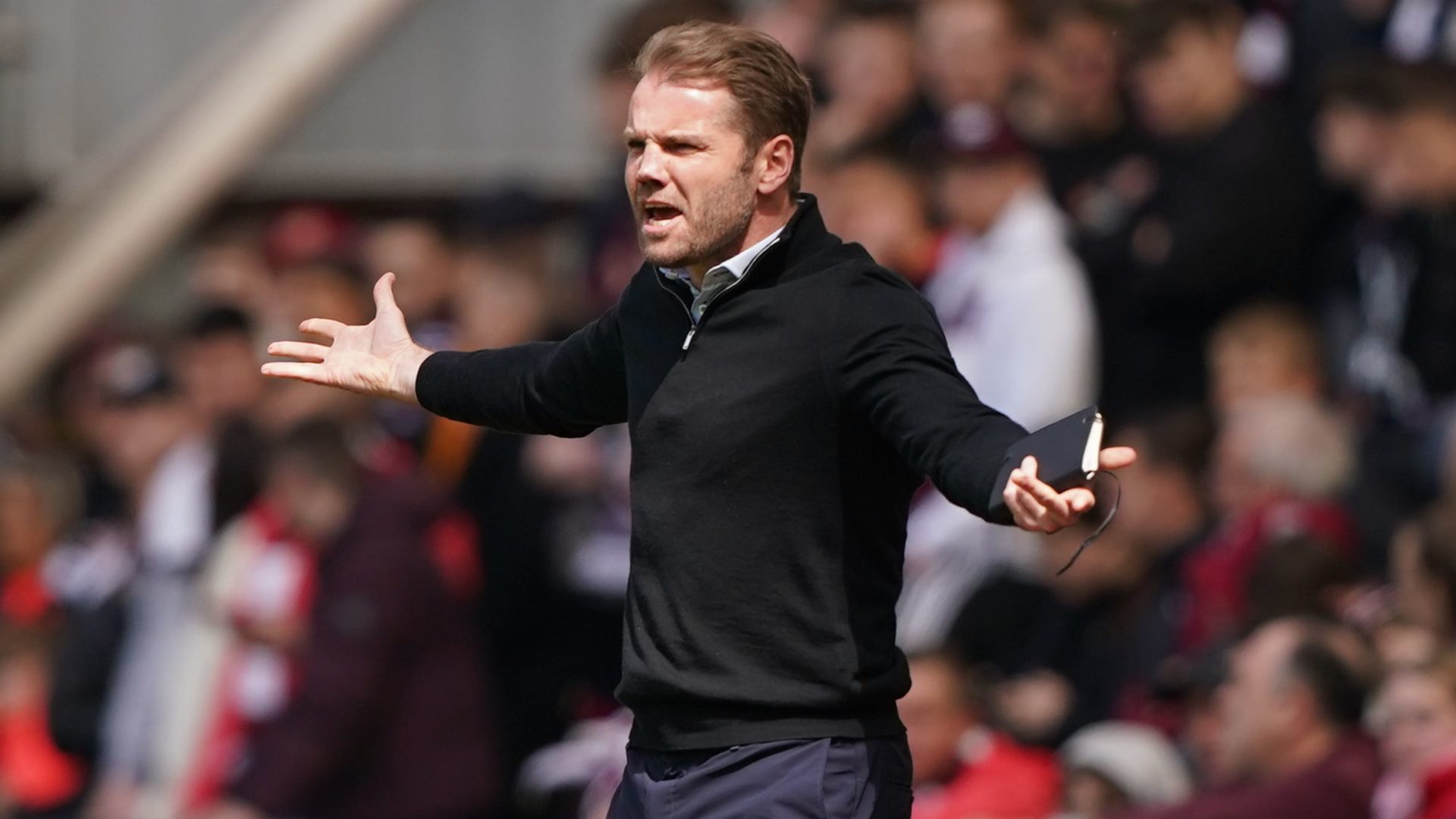 Robbie Neilson admitted Hearts were caught cold in the first half before they eventually kicked off their cinch Premiership campaign with a 2-1 win at home to Ross County.

The Tynecastle side were on the back foot before the break as the Staggies, who have had four competitive games in the Premier Sports Cup over the past few weeks, took the game to the Jambos and hit the woodwork twice.

Neilson’s side, playing their first competitive match of the campaign, regrouped at the interval, however, and second-half goals from Alan Forrest and Barrie McKay put them on course for three points before substitute Jordan White pulled one back.

“In the first half, we showed the rustiness of coming into competitive games from pre-season,” said the Hearts boss, whose team begin their European campaign next month.

“One of the plus sides of being in Europe is you can build into pre-season. But one of the down sides is you’re not involved in the Premier Sports Cup, which I think is a great cup because you can come in and play four games and it’s competitive.

“And I just felt the first half we didn’t have that competitive edge we needed, that energy to break forward.

“The second half was miles better after we spoke to them.

“Sometimes when you are out there and it’s 200 miles per hour and you need to come in and settle down and realise, ‘Right, this is it now, the league has started’.

“You can talk all you want in the build-up to it, but you need to be at it. When you go out there it can sometimes come at you like that. I think it was just about settling down the players and making them realise what they needed to do, and we managed to do that.”

Neilson admitted his side were given a stern test by County.

“I thought they were very good,” he said. “Similar to last season, energy, pressing, aggressive, making it very difficult for us to play.

“We knew they’d come with a front three and would try and get after us. I just didn’t feel we showed the intensity we needed in the first half.”

County boss Malky Mackay was encouraged by his team’s display but lamented their inability to capitalise on their strong start.

“I’m proud of them for being able to give the performance they gave,” he said.

“First half they were absolutely terrific. If we had gone in 2-0 up it would not have been an unfair score. But we’ve got to take those chances because Hearts are clinical and they pushed right on to us in the second half.”