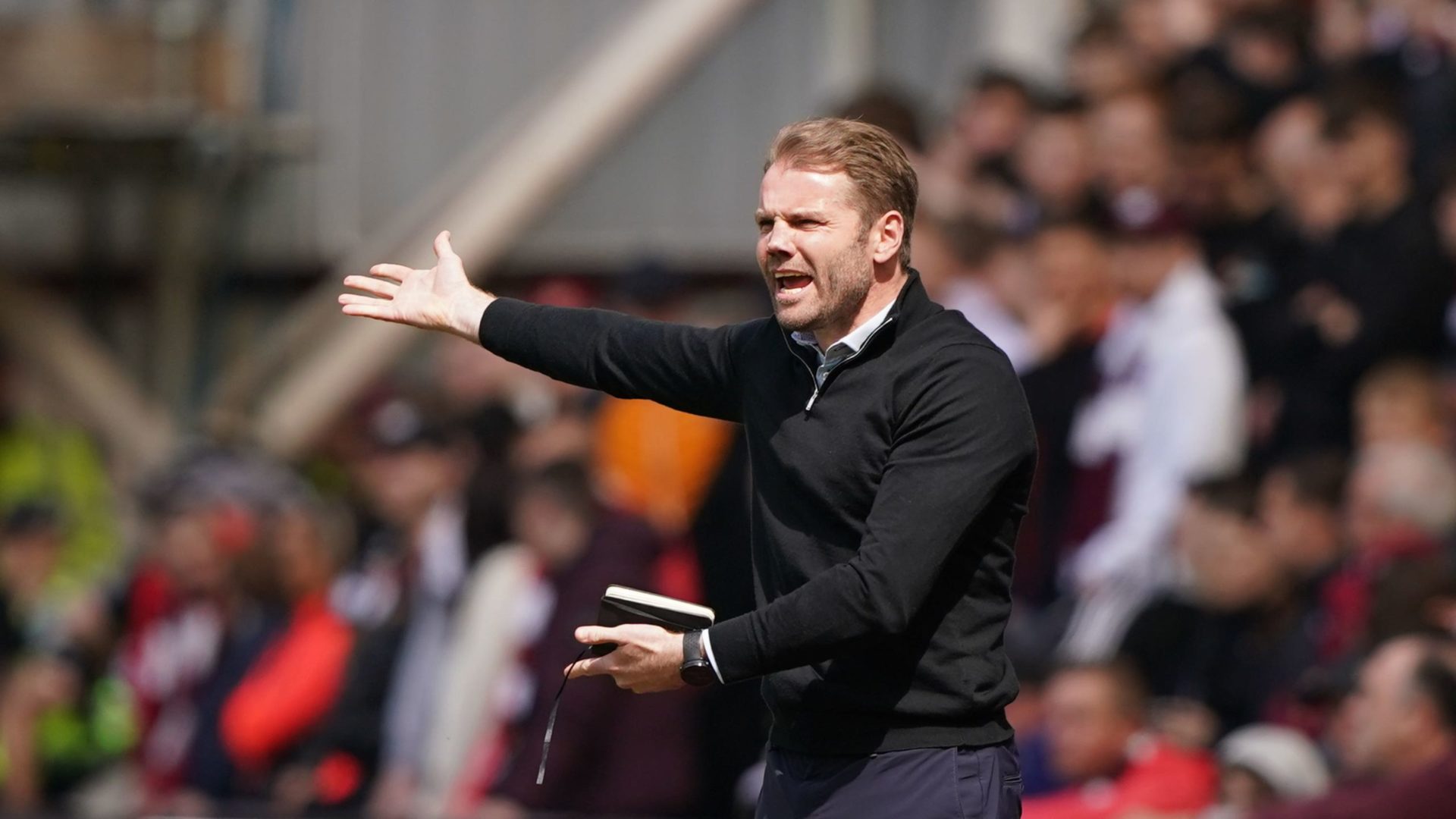 By By Gavin McCafferty PAAugust 6, 2022No Comments

Hearts manager Robbie Neilson expects his team to be fully ready for Sunday’s Edinburgh derby after dusting off the cobwebs in their cinch Premiership opener.

Neilson’s side grew into the game against Ross County at Tynecastle last weekend with the visitors unable to capitalise on some promising first-half play before Hearts scored two goals and went on to win 2-1.

With a Europa League play-off to come later this month, Hearts played eight pre-season friendlies while many of their top-flight rivals were involved in the Premier Sports Cup group stages.

Hibs were knocked out before earning a 1-0 win over St Johnstone in their league opener and Neilson is confident his side are primed for Sunday’s trip to Easter Road.

“We have used it through pre-season as a motivation to make sure the players are ready for the start of the season. We just want it to come now.

“It was always a danger for us going into that first game because we are not in the Premier Cup.

“Ross County had four competitive games and were up to speed whereas we were just coming into our season. So that first game was always going to be difficult.

“Now with another week and a full 90 minutes behind us, we should be ready for this game.”

Neilson will be facing his third Hibs counterpart in 12 months as former Barnsley, Bristol City and Sunderland manager Lee Johnson makes his derby debut for the Leith side.

The 42-year-old feels he has good knowledge of Johnson’s approach after keeping an eye on his former Hearts team-mate’s career.

“I expect them to play the way Lee has played the last few years with his teams,” Neilson said. “They will try and get the full-backs high and play from the back.

“To be honest it’s much the same way as Hibs have been with their last couple of managers so we know what to expect.”