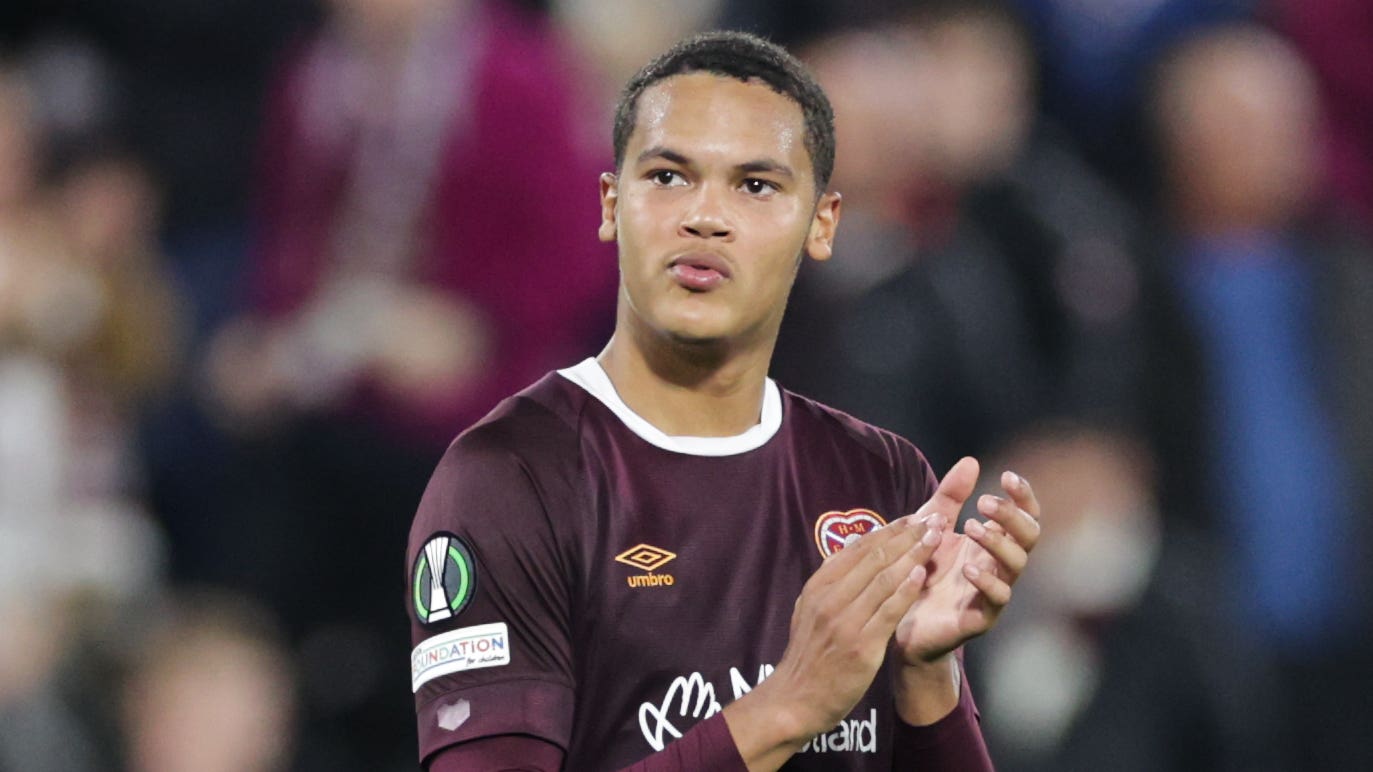 By By Anthony Brown PAOctober 28, 2022No Comments

Toby Sibbick is hoping his Hearts career can finally take off after the defender received the acclaim of supporters, team-mates and his manager following a man-of-the-match performance in Thursday’s Europa Conference League win over RFS.

The 23-year-old lost his place in the team and came under fire from fans after earlier this term after struggling to live up to expectations since his January arrival from Barnsley.

The defender admitted he had lost his confidence but feels like his spell out of the firing line has done him the world of good after he had the home support singing his name continuously in the closing stages of the RFS game.

At full-time, Sibbick was full of smiles as he was warmly embraced by manager Robbie Neilson and several team-mates.

“That was probably my best game for Hearts but hopefully I can play every game like that and carry it forward,” he said.

“It was a nice feeling for the fans to be on my side. It’s good for any player so I’m delighted with that.

“When I was out of the team, the manager said he wanted the old me to come out. And literally after the game, he came on to the pitch and said ‘that’s the Toby Sibbick I know’.

Substitute goalkeeper Ross Stewart made a beeline for Sibbick and gave him a big hug at full-time before other Hearts players did likewise. The defender thanked his team-mates for helping him through his mentally testing period.

“Ross is one of my closest friends here so he was just saying ‘well done’ and enjoying the moment with me,” said Sibbick. “I’m grateful to him. My team-mates have been a big help.

“Some of them have been in that position, so you don’t go through it alone. People put their arm round you and carry you through it.

After Stephen Kingsley suffered a hamstring injury on Thursday, joining fellow defenders Craig Halkett and Kye Rowles on the sidelines, Sibbick is now cast as the most senior fit centre-back at the club ahead of Sunday’s cinch Premiership trip to Ross County.

“I feel I’ve got an opportunity to cement a place in the team because of the injuries but I also want to do it when all the defenders are fit,” he said. “I know it will be tough but we’ve got a really good group and we’ll keep pushing each other.”