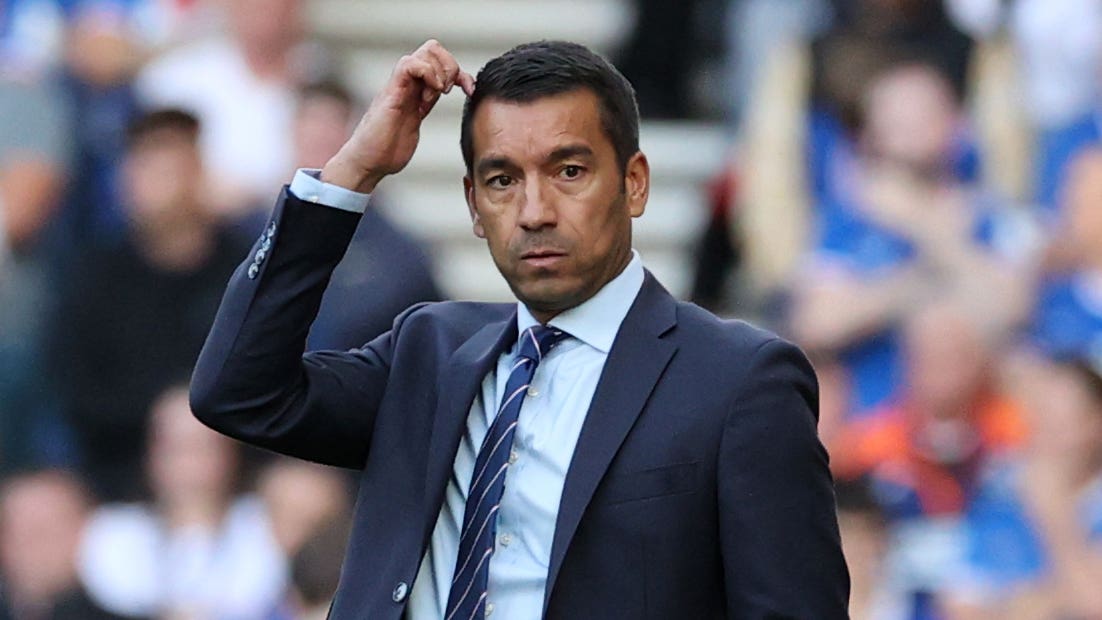 Giovanni van Bronckhorst replaced Steven Gerrard as Rangers manager on November 18, 2021 and led the Ibrox club to a Europa League final within his first six months in charge.

Here, the PA news agency takes a look at how things unravelled for the 47-year-old Dutchman and his team, resulting in his sacking on Monday.

Van Bronckhorst guided Rangers to the Europa League final last season, where they lost on penalties to Eintracht Frankfurt in Seville.

Days later they won the Scottish Cup for the first time in 13 years with a 2-0 extra-time victory over Hearts at Hampden Park. Their form in the cup competitions helped ease frustration among supporters as they relinquished the Premiership title to Celtic, finishing four points behind their city rivals with two derby defeats in February and April proving particularly damaging.

Rangers then qualified for the Champions League for the first time in 12 years at the start of this season by beating Union St Gilloise and then PSV Eindhoven in the qualifiers.

In between damaging draws with Hibernian and Livingston was a 4-0 drubbing at Celtic Park, the second such capitulation in the east end of Glasgow under the Dutchman.

The Champions League campaign was a disaster.  Rangers became the worst side ever to play in the group stage and suffered the ignominy of a record-equalling defeat when Liverpool won 7-1 at Ibrox.

The 2-1 defeat by St Johnstone at McDiarmid Park earlier in the month hammered another nail in the coffin of their title bid, with their 1-1 draw away to St Mirren last time out leaving Rangers nine points off the pace in the title race going into the current World Cup break.

Van Bronckhorst went into the game against St Mirren without a clutch of key players.

The manager lamented the club’s lengthy injury list since the start of the season in an interview with Sky Sports last week.

Question marks have been raised over the club’s recruitment since Van Bronckhorst took charge, with only two players signed in the past year – Malik Tillman and James Sands – starting in the manager’s final match in charge against St Mirren.

Calvin Bassey and Joe Aribo left Rangers in the summer for big money and Van Bronckhorst made seven signings.

Scotland defender John Souttar, a free from Hearts, picked up an injury on his debut and has not been seen since.

Croatia striker Colak was signed from PAOK and has proved a success, chipping in with an impressive 14 goals.

Lawrence, a free from Derby, looked good before he picked up an injury, while Davies, recruited from Liverpool, also impressed after returning from injury only to pick up another knock.

Tillman, the 20-year-old midfielder on loan from Bayern Munich, has contributed at key moments, but – like 18-year-old academy graduate King – looks like he would benefit from being taken out the firing line at times.

Wales winger Rabbi Matondo, signed from Schalke, has not made much impact and left-back Yilmaz, signed from Besiktas, had few chances to impress before he joined the injured list.

Adding to the sense that Rangers have been heading nowhere fast is the lengthy list of players who could potentially leave the club at the end of the season.

Striker Alfredo Morelos and winger Ryan Kent, both of whom were once believed to be potential transfer money-makers, have not signed new contracts and can talk to other clubs in January.

Helander, Ryan Jack and veteran trio Allan McGregor, Steve Davis and Scott Arfield will also be out of contract at the end of the season. It remains to be seen if the club will take up the option to buy Tillman and Sands.

A huge rebuild is likely to be required under whoever takes over from Van Bronckhorst.