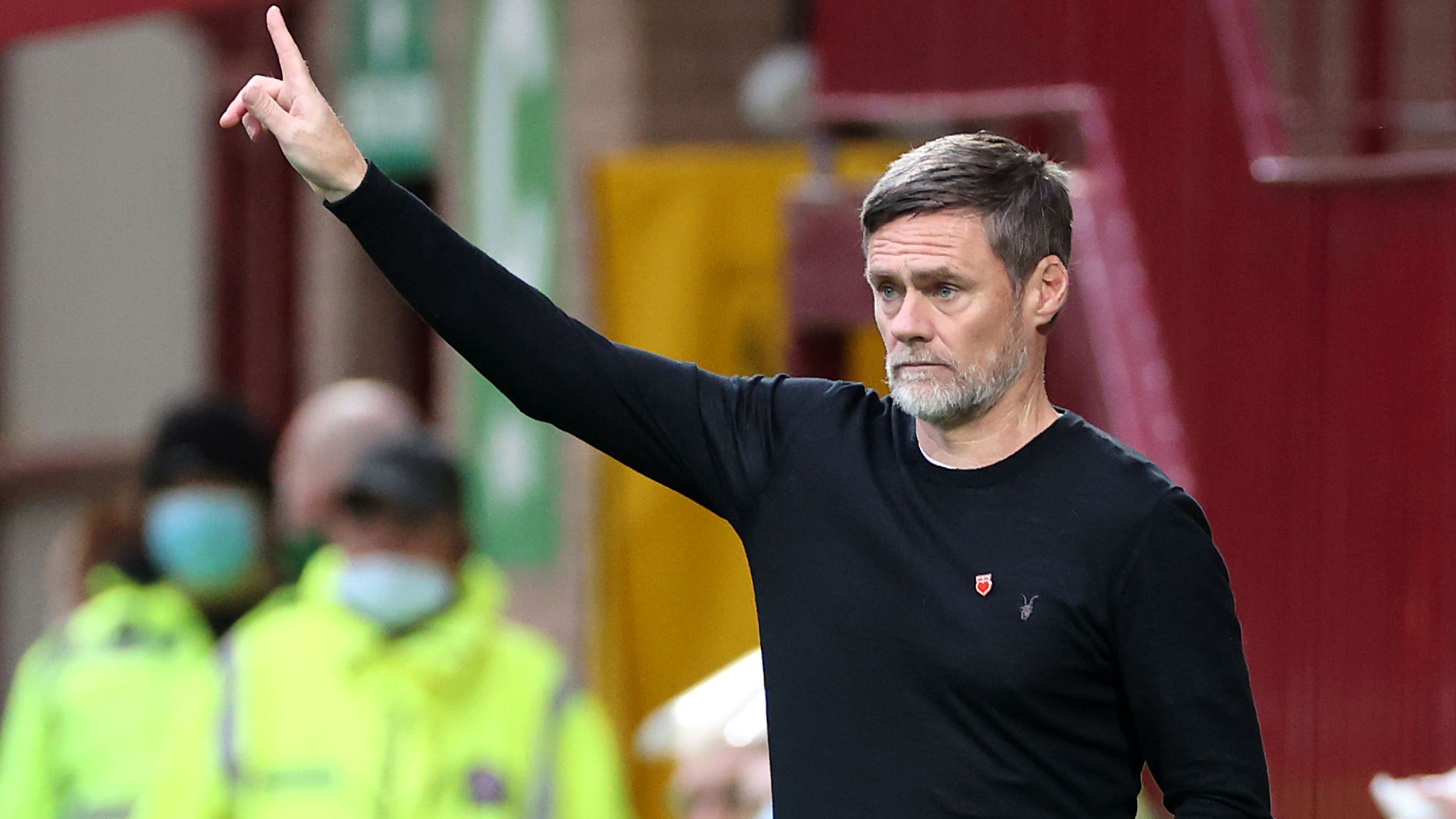 Motherwell manager Graham Alexander praised his players for retaining belief through difficult times after they secured European football with a 2-1 win over Hearts.

Ricki Lamie hit the winner after a 56th-minute corner to take Motherwell up to fourth in the cinch Premiership and guarantee a top-five spot.

Lamie had scraped Well into the top six with a stoppage-time equaliser against Livingston and the Steelmen again timed their post-split run to perfection with their second and third league wins of 2022 coming in the past five days.

After clinching a place in the Europa Conference League qualifiers, Alexander said: “No-one saw that a month ago, did they? It’s a brilliant feeling. I am so pleased for everybody connected to our club and certainly the players and staff who have put so much into it.

“We have had to put the tin helmets on since January because our results haven’t been great but we kept believing, kept working, kept plugging away and eventually we have got our rewards.

“We spent 24 weeks in the top six before the split, we won enough points over the course of the season.

“The lads have shown great courage to win the last two games and get European football. I know it’s a big thing for us because it’s unexpected given the size of the clubs in this division that can outmuscle us a lot of the time.

“For me, I have won a couple of promotions and this is as good as them without a shadow of a doubt.”

Hearts manager Robbie Neilson allayed fears over defender Toby Sibbick, who was stretchered off after taking a kick behind his knee.

Neilson said: “Obviously we wanted to come here and win, but it was far more important that we got Cammy Devlin back, we got Michael Smith back, we got game time for the likes of Ben Woodburn and Ross Stewart.

“We wanted Andy Halliday to get 55-60 minutes then come off, which was how it worked out. And even though Toby Sibbick was carried off in the second half, the doc doesn’t think it’s too bad and he should be OK for the cup final.

“It looked at the time as if he was in a lot of pain and we were a bit concerned, but it seems to be just a bit of nerve damage that he’ll hopefully get over quickly.

“Plus, we got to rest the likes of Craig Gordon and Barrie McKay – we’ve got big games coming up and and this one was always going to be physical, so sometimes you just have to make a decision.”