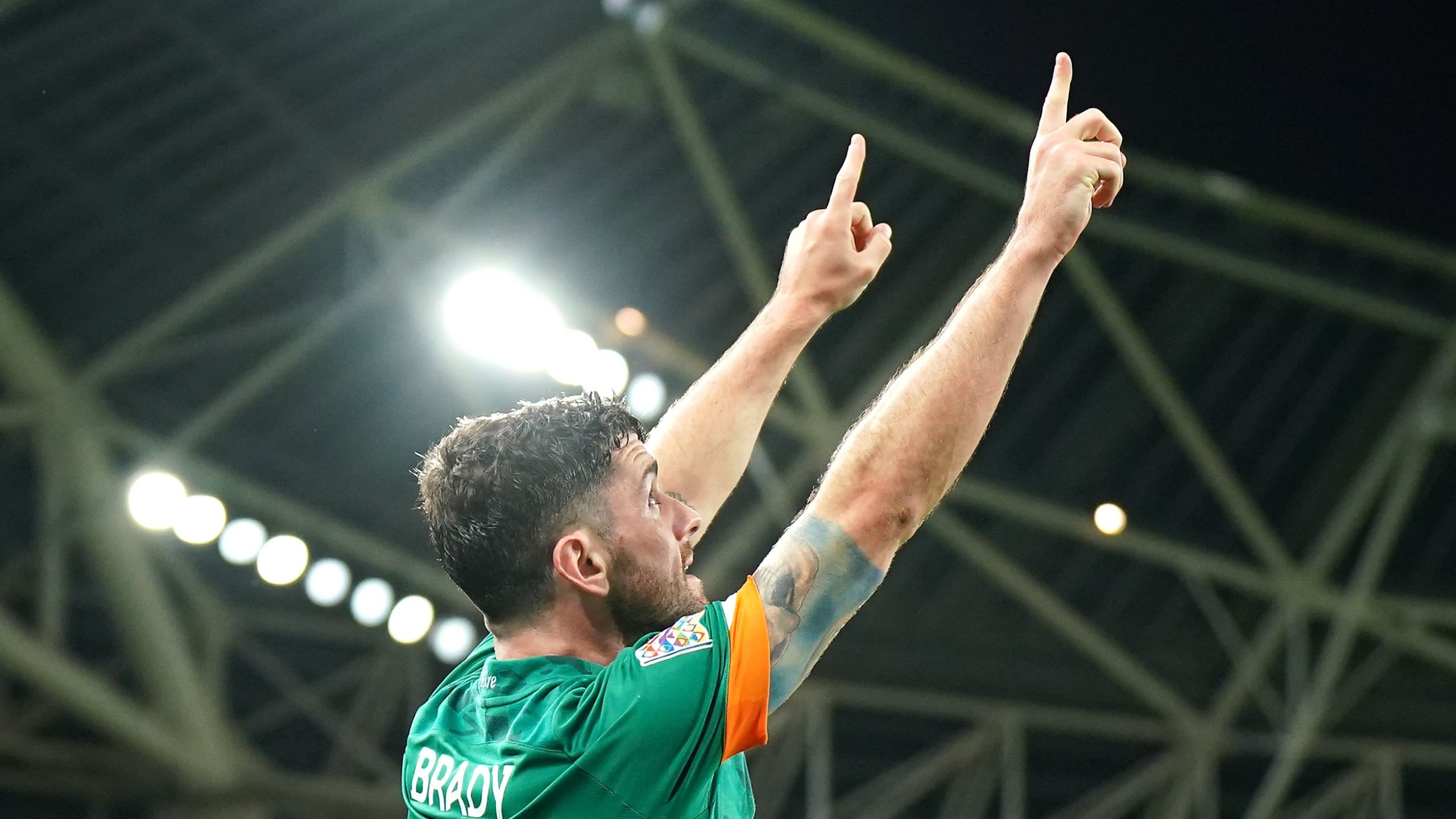 By By Damian Spellman PASeptember 28, 2022No Comments

Robbie Brady is confident he has more to offer the Republic of Ireland after marking his first start in 18 months with a face-saving Nations League winner against Armenia.

Brady returned from the Euro 2016 finals as an emerging star after heading Ireland to victory over Italy to send them into the knockout stage and then stunning hosts France with an early penalty in the last 16.

However, injuries have taken their toll on the former Manchester United trainee in recent seasons and he had not pulled on the green shirt since March last year when he came on as a substitute against Scotland on Saturday, before starting against Armenia and ultimately winning the game from the spot.

Asked about his joyous celebration on Wednesday evening, the 30-year-old Preston wing-back said: “It’s been a difficult time for me on and off the pitch, so all that just came rushing back.

“I’m delighted to get back into a green jersey and I think it probably got the better of me for a couple of seconds.

“I’m feeling all right, I’m not even too pleased with my overall performance. I did all right. At times, we moved the ball well but I still think I could have been better and I don’t think it was my best game of the season so far.

“But I definitely have something to offer, I feel, and for some of my performances, I’ll have to keep them up if I want to stay involved and I know that.”

For so much of what proved to be an eventful evening in Dublin, Ireland looked to be on track for a routine victory in a game they could not afford to lose.

With their hopes of winning League B1 and the Euro 2024 seeding boost that would have come with it long gone, Ireland ran out against the Armenians needing a point to avoid relegation and were cruising when John Egan and Michal Obafemi sent them into the final 20 minutes with a 2-0 lead.

However, substitute Artak Dashyan and Eduard Spertsyan struck inside two minutes to halt the home side in their tracks and when Dashyan was adjudged to have handled in the area following a VAR review – and was then sent off along with team-mate Hovhannes Hambartsumyan – Brady obliged from 12 yards to clinch a 3-2 win.

He said: “I felt all right in the moment and luckily enough, it went in. We got the win in the end and it would have been a shame to come out of that with a draw or a defeat after dominating most of the game.”

A narrow victory over a side who had lost 5-0 at home to Ukraine three days earlier did little to answer the lingering questions over manager Stephen Kenny’s stewardship but Brady is convinced fine-tuning, rather than a complete overhaul, is required.

He said: “It was five or 10 minutes of madness. When you are that comfortable in a game, you can’t get complacent.

“We are scoring goals, which is the toughest thing to do at this level. [We need to make] a couple of minor tweaks to make sure silly goals don’t go in like that again.”