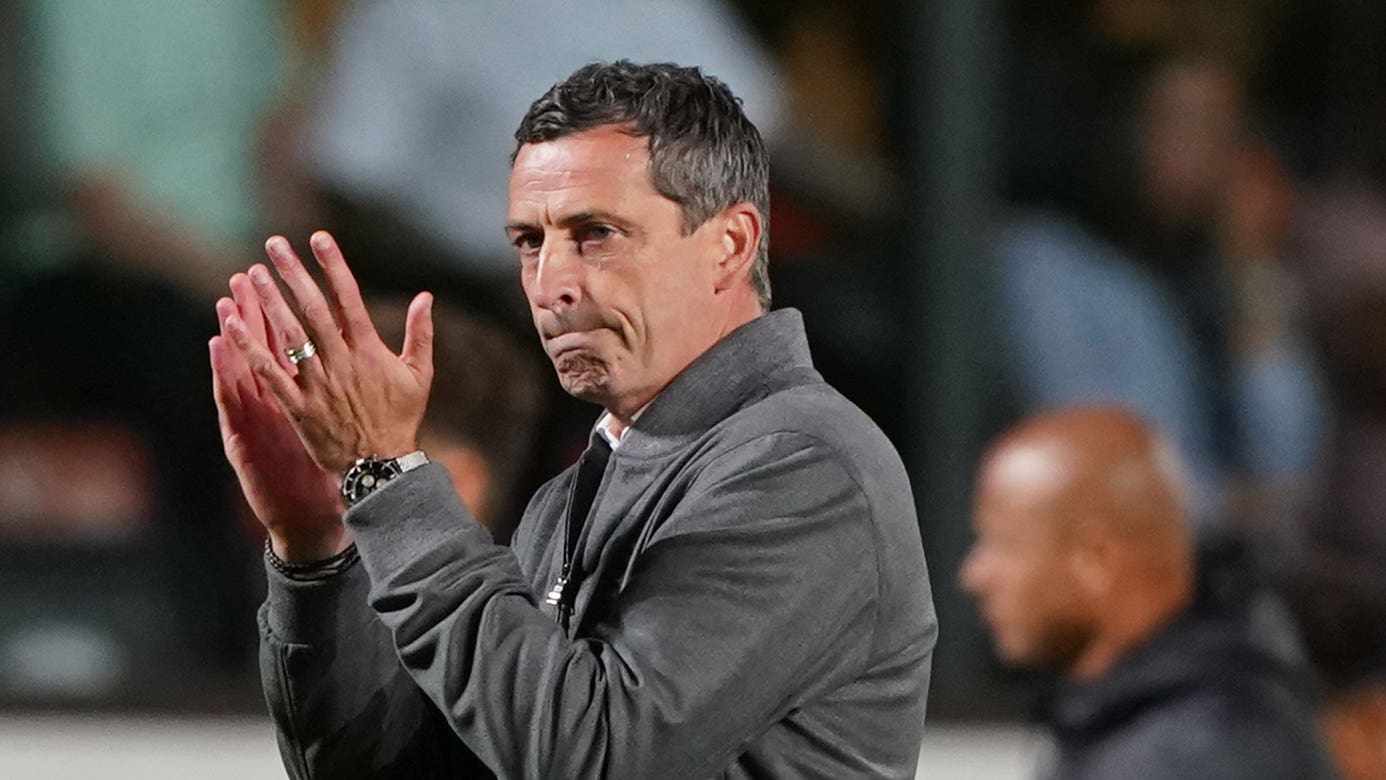 Dundee United manager Jack Ross apologised to travelling supporters after they were subjected to a 7-0 Europa Conference League qualifying defeat by AZ Alkmaar.

United sold all of their 1300 tickets for their first European trip in 10 years and could have shifted many more but a significant number of fans left after their team fell six behind inside a minute of the second half.

United had travelled to the Netherlands with a 1-0 lead but were on the end of Scottish football’s joint-worst defeat in Europe, on a par with Hibernian’s humiliation against Malmo at Easter Road in 2013.

Ross told BBC Radio Scotland’s Sportsound programme: “For every plaudit and praise we received in the aftermath of last Thursday, we will deserve every bit of criticism we get on the back of that.

“We played against a good team in a tough venue but we conceded six goals in 26 minutes. That’s not good, irrespective of the opponent.

“I would like to apologise to the travelling fans because we should be better than that.”

United deserved their first-leg lead and looked composed and assured in possession in the opening 20 minutes of the second leg.

Ian Harkes came close to equalising after they fell behind on the night but they capitulated in the latter stages of the first half.

“All the discipline we showed in our play without the ball last week, we didn’t do as well, and we didn’t deal with the period of adversity well in the first half,” Ross said.

“Heads become foggy, because they are a good team, and when their tails are up it becomes easier for them.

“But we needed to be tougher in that period and almost look at it like five-minute blocks to get us through.

“But we became ragged and loose, out of possession, never mind in possession. When you do that, you will get picked off against good sides.

“The goals were poor in terms of some of the decision-making. It’s a sore, sore night for us. Pride is damaged by that.”