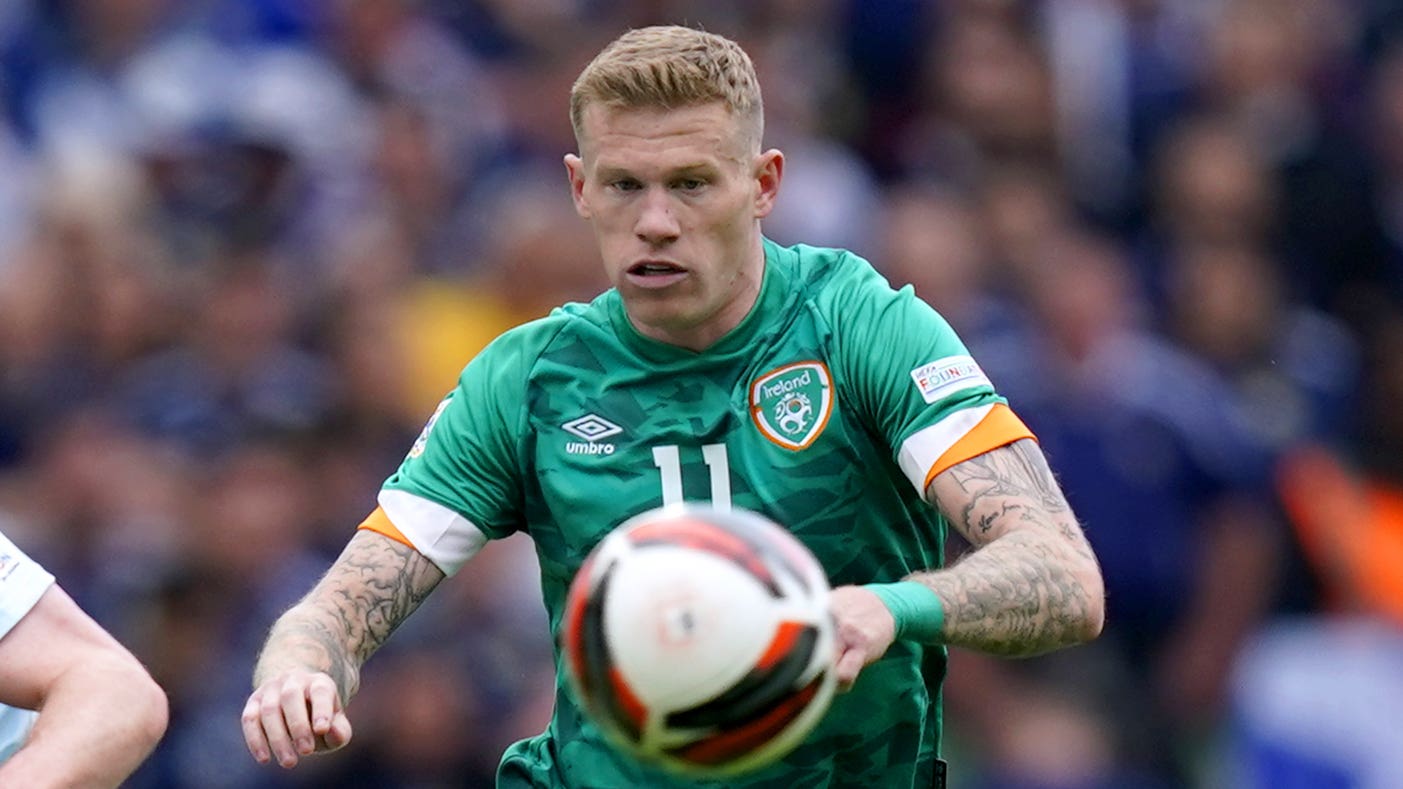 James McClean is taking nothing for granted as he closes in on a century of caps for the Republic of Ireland.

The 33-year-old Wigan wing-back is in line to make a 94th senior appearance for his country against Ukraine in the Polish city of Lodz on Tuesday evening as Ireland look to build upon Saturday’s encouraging 3-0 Nations League victory over Scotland.

McClean has spent the decade since he made his debut as a substitute against the Czech Republic in February 2012 as a regular under successive managers, but insists he cannot look too far ahead as he approaches the milestone.

He said: “First off, coming first of all into the camp, you want to be able to show your ability and take it one cap at a time. Obviously you hope you’re going to have a long international career, but you never know.

“Form, opinions of managers, injuries, can dictate that. I’ve been very lucky that for 10 years now, I’ve been picked for every single squad I’ve been available for, which is something I’m very proud of.

“The 100th cap? Again that depends on a lot of things, all the things I’ve just mentioned there, form, being picked, injuries, et cetera.

“If it’s to happen, it’s seven games away and a lot can happen between now and then. Look, as the old boring cliche goes, ‘one game at a time’.”

McClean’s longevity is due in part to his physical condition, which manager Ireland manager Stephen Kenny admits has surprised him.

Kenny said: “It’s incredible, the level. If anything, he’s got quicker over the last year and it’s down to this rigorous training regime that he has.

“To get to the levels he’s got to is just phenomenal. It’s a great example to the young players because the longevity in his career is due to his absolute commitment to his physical condition. That’s the reason he has a great chance of continuing in his career.”

McClean revealed his fitness regime includes a love of boxing, although it is one he has to manage carefully to keep his wife Erin happy.

He said: “I’ve taken up boxing, which I’ve enjoyed. That’s a bit of a passion of mine.”

He added with a smile: “I’d train all day if my wife would let me. Unfortunately, I’ve three kids and she nags me about going to the gym.

“I’m lucky that I’ve a nice gym at home, so it’s not like I’ve to leave the house to go to the gym. I don’t know if that’s a good thing or bad thing.”