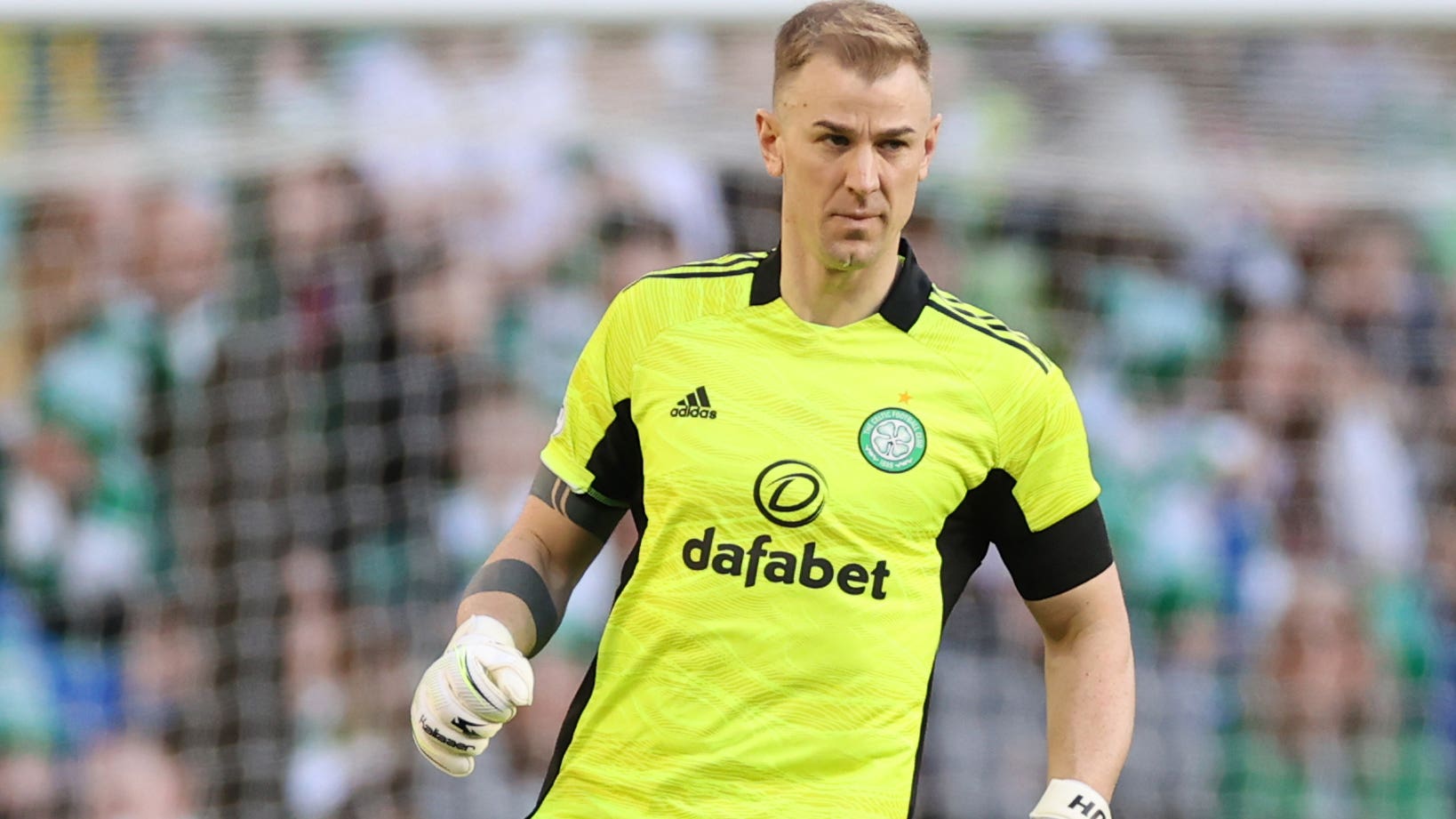 Joe Hart insists Celtic still have work to do to win the cinch Premiership title despite the 1-1 draw against Rangers making it all but inevitable.

The Hoops took the lead in the 20th minute at Parkhead on Sunday through Portuguese attacker Jota but Gers striker Fashion Sakala levelled in the 68th minute for a deserved share of the spoils.

With just three fixtures remaining, Celtic remain six points clear and with a better goal difference of 19 as they start preparing for the visit of Hearts next week with Dundee United and Motherwell also to come.

Asked if Celtic’s tile race lead was insurmountable, the former Manchester City goalkeeper said: “Look you’re never going to get me to sit here and say that but I think we’ve worked very hard to be in this position.

“We’ve come through a lot and we’re pleased with where we are and we’ve got a job to do. And that continues.

“This league is not set up for us to win it. There is opposition out there, there are other teams trying to do it.

“Rangers mathematically are still in this fight. They’re never going to lie down.

“This fixture wouldn’t allow them to lie down and that’s why it’s such a great fixture to be involved in.”

After failing to get the three points their title bid required, Borna Barisic turned his attention to Rangers’ Europa League semi-final against RB Leipzig at Ibrox on Thursday night.

The Gers are trailing 1-0 from the first leg last week and the Light Blues defender knows a big night is required on and off the park:

He said: “Listen, this is now our biggest game of the season on Thursday.

“We cannot wait for that game to show energy, to show desire, to try to qualify for the final.

“We know the fans will help our performance for sure. They’ll be behind us like always.

“It’s on us now to perform on Thursday. I expect a very, very good atmosphere and we’ll see what happens. We’ll give everything to win the game.”