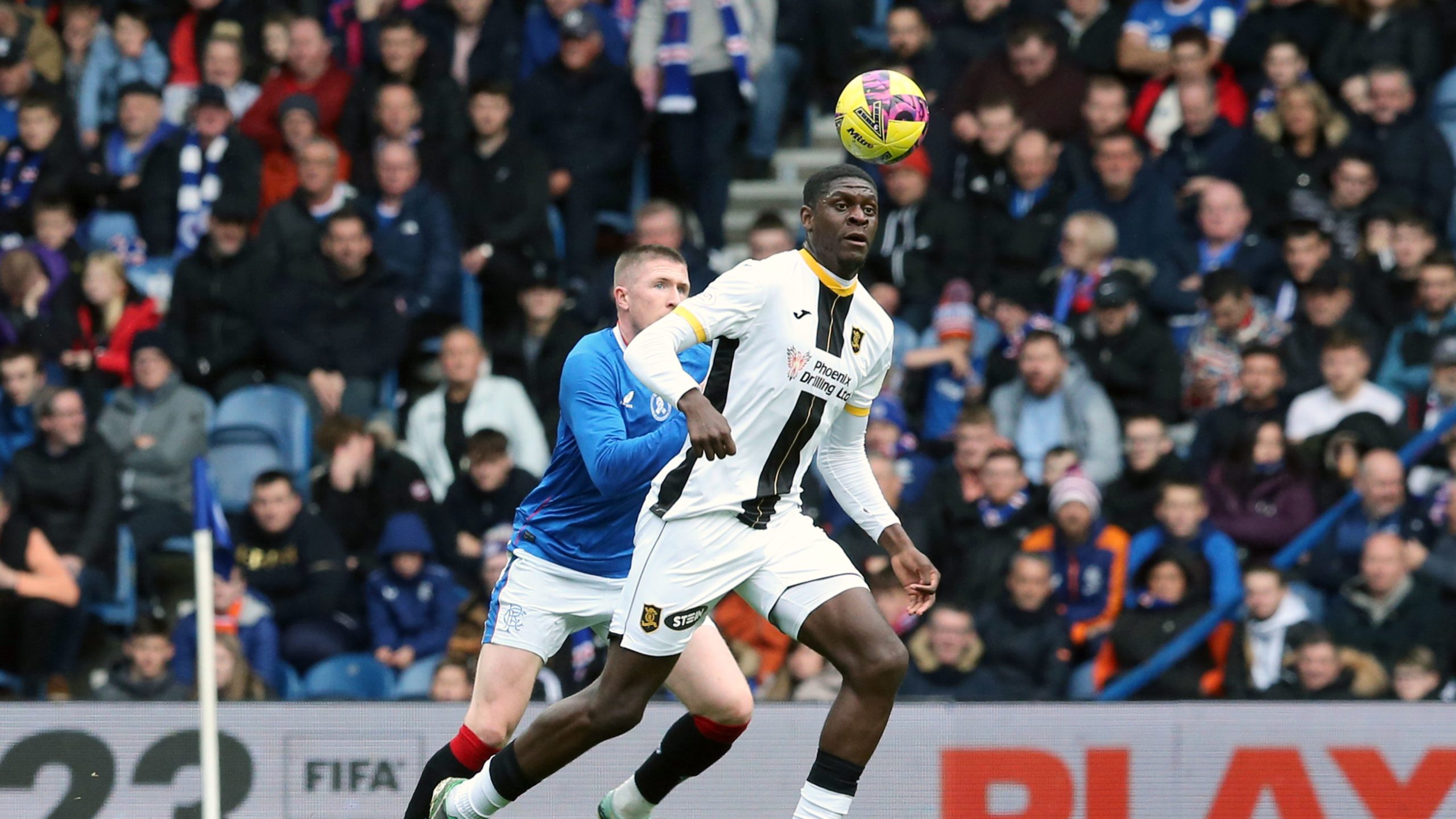 By By Anthony Brown PAOctober 28, 2022No Comments

Joel Nouble is hoping Livingston can capitalise on any Champions League fatigue in the Celtic ranks this weekend.

The table-topping Hoops head to the Tony Macaroni Arena on Sunday intent on bouncing back from the disappointment of having their hopes of European progress killed off by Tuesday’s 1-1 draw at home to Shakhtar Donetsk.

Nouble believes the exertions of playing against the continent’s elite sides in midweek is sure to take a toll on Celtic’s squad when they return to cinch Premiership duty at the weekend.
“It must be tough for them playing after Europe because the Champions League is a whole other level,” said the Lions forward.

“They’ll be going all out in midweek and they’ll be picking up a few injuries so they’ll not be looking forward to coming through to Livingston (to play on a plastic pitch) when they’d probably rather be playing on grass.

“I think European football is definitely going to affect them. They’re still a top team with quality players they can rotate but it will still have an effect on some players.”

Livingston are about to face the second part of their Old Firm double-header after being denied a victory away to Rangers last week when the hosts equalised in the last minute.

“When you see the schedule of the games and it’s Rangers and Celtic back to back you know it’s the top two teams in the league and you’ll take any point you can get from either game.

“But after getting a point last week, we can go into this game with a bit more confidence and belief that we can put in a similar performance against Celtic.”

Nouble – who has scored in both meetings with Rangers this term – insists he is unfazed by the prospect of facing Scotland’s two most formidable teams in quick succession as he views it as a great chance to impress.
“Personally, it excites me because those are the games you want to play in,” said the 26-year-old Londoner. “I want to test myself against the best players in the league.

“Every player probably believes they are better than they actually are so in those games you want to test yourself and see how good you are. So when I’m going into those games, I know I need to be fit and playing well.

“I love those games. You want to do well in those type of games because you never know where it can take you. Doing well against the Old Firm teams is always good for you so I’m looking forward to it.”