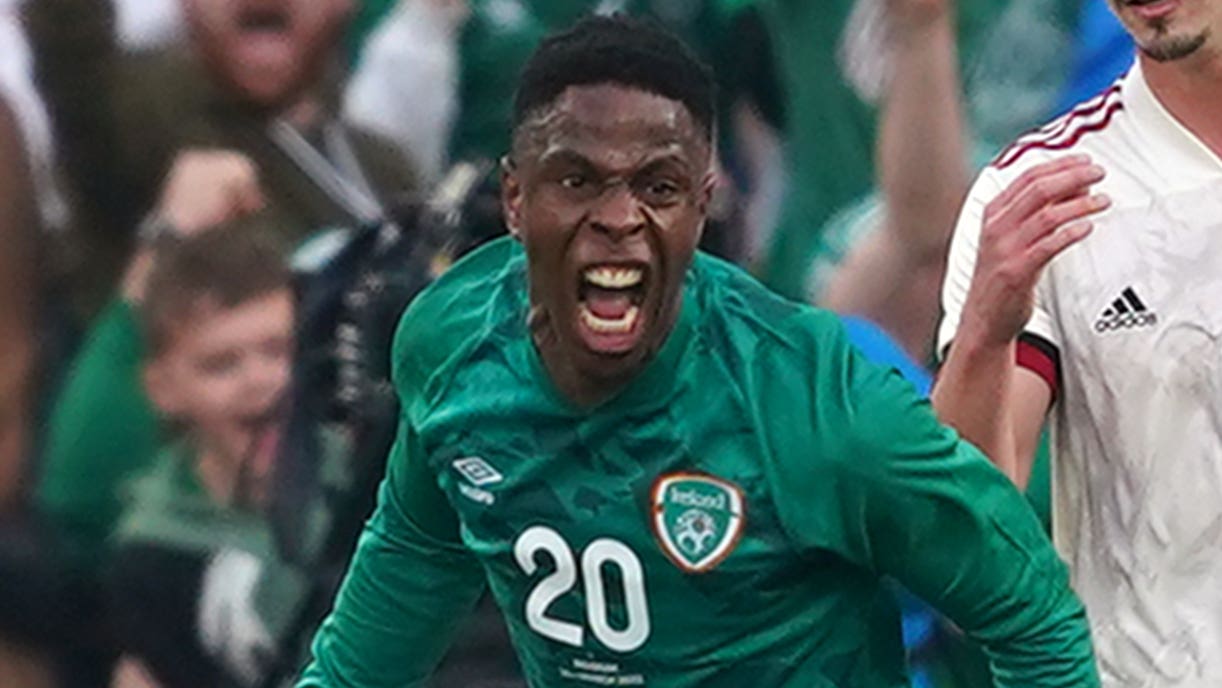 Republic of Ireland defender John Egan could not be happier for Chiedozie Ogbene after his “unbelievable” start to life as a senior international.

The Nigeria-born Rotherham wing-back scored his third goal in just six appearances for his adopted country in Saturday’s 2-2 draw with Belgium and will head into Tuesday night’s friendly clash with Lithuania hoping for more of the same.

Egan, who first crossed paths with 24-year-old Ogbene during their time together at Brentford, has been hugely impressed by his introduction to the Ireland team.

He said: “I was at Brentford when he signed so I already knew what Chieo was about when he came into the squad in the summer. He has been a breath of fresh air, on and off the pitch.

“He’s a special person, really humble and hard-working. He came in, got his chance, grabbed it with both hands and it’s fair to say his performances have been unbelievable, really, since he’s come into the team.

“Another goal on Saturday will only do him the world of good for his confidence. He is a really top man and has shown everybody what a top player he is.”

Assistant manager Keith Andrews too saluted a man who is playing his club football in League One with the Millers chasing promotion, although his exploits in a green shirt will not have gone unnoticed by potential suitors whatever happens in South Yorkshire.

Asked if Ogbene had the makings of a Premier League player, Andrews said: “I think he’s capable of doing anything he wants to do.

“I’m not sure about his contract situation, but I’m sure Rotherham will be worried regardless whether they go up or stay in League One.

“He’s certainly shone. He’s been a breath of fresh air on and off the pitch. As a human being, he’s a special young man. We’re delighted to have him in and to see him flourish.”

Ogbene was raised in Cork, as were – fellow goalscorer against the Belgians – Alan Browne and Egan.

The defender said: “I saw a funny thing on Twitter, I think it said ‘Cork 2 Belgium 2’, so I had a bit of craic with the boys about that.”

Saturday’s draw extended the Republic’s unbeaten run to seven games and they fully intend to stretch that further against the 137th-ranked Lithuanians.

Egan said: “Even though it’s a friendly, we want to win it and put a good performance in.

“Over the last number of games, we have found a settled formation and when you have things like that, you can really start building things.

“It’s up to us to keep improving. The manager, Keith and all the staff have put everything in place for us to try to get better and it feels like, internally, we are going in the right direction, anyway.”