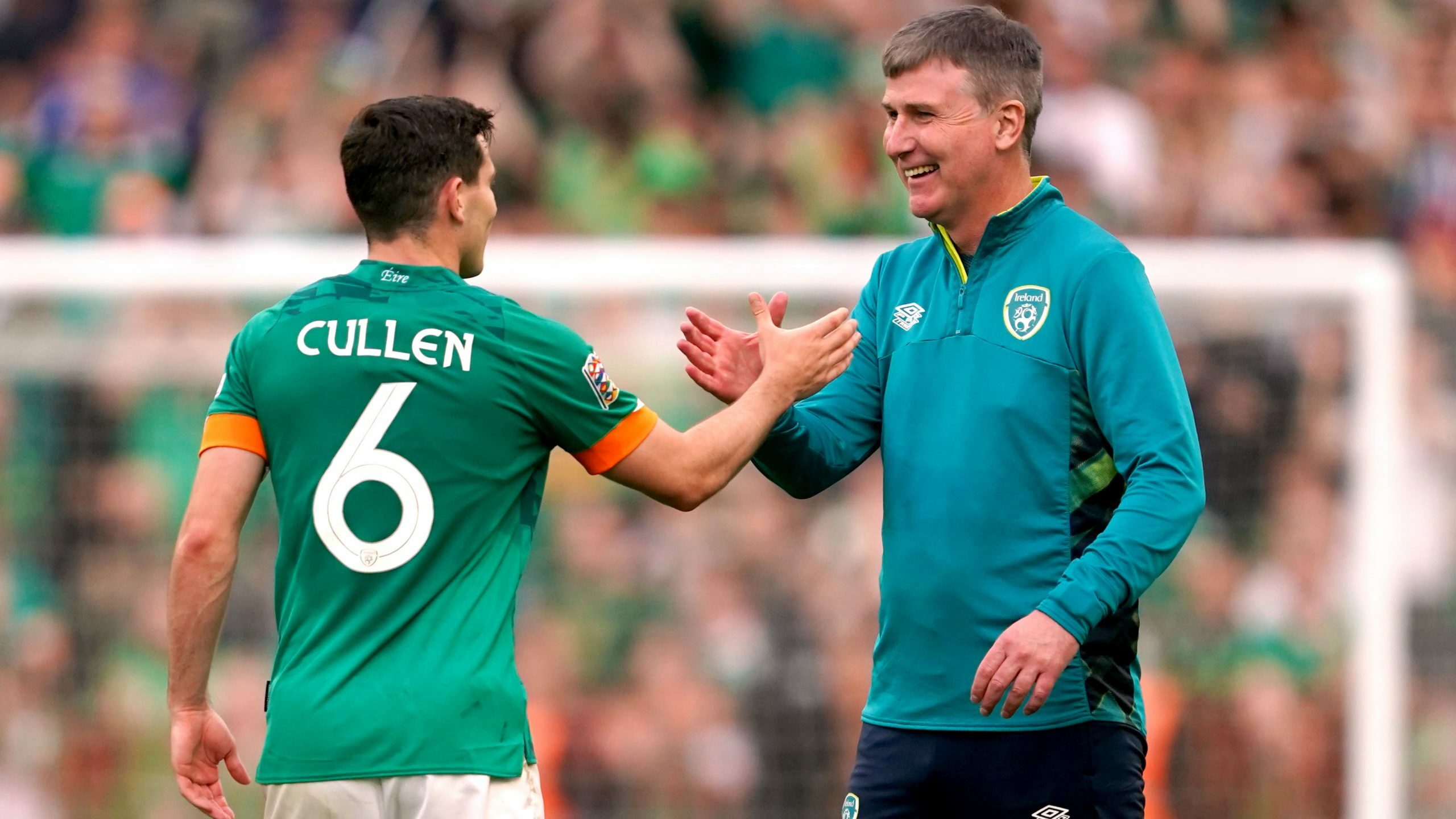 Josh Cullen will head into Nations League battle with Scotland still coming to terms with the “shock” of life back in English football under Vincent Kompany.

The 26-year-old Republic of Ireland midfielder followed the former Manchester City skipper to Burnley from Anderlecht this summer and admits the rigours of the Sky Bet Championship have taken some getting used to.

Cullen said: “The schedule is much more hectic than what I was used to in Belgium, where it was predominantly one game a week, and now you could have three games in six days.

“It’s been a little bit of a shock getting used to that again but, as a player, it’s so enjoyable as you want to play as many games as you can.

“It’s part of the job. It has been something to get used to again but it’s something I’m loving.”

Former West Ham trainee Cullen has blossomed under Kompany’s tutelage, which extended to almost two seasons in Belgium before his switch to Turf Moor, and is firmly established in Stephen Kenny’s Ireland team.

“His style of play and his ideas about the game suit me. I haven’t had the conversation with him as to exactly why he brought me in but I take that as a little bit of a compliment that he made the decision to bring me to Burnley.

“I’m enjoying it and looking forward to the season.”

Cullen’s focus this week is Ireland’s concluding Nations League fixtures which take them to Scotland on Saturday before Armenia visit the Aviva Stadium three days later.

Kenny’s men enjoyed a resounding 3-0 win over the Scots in Dublin in June as they bounced back from defeats in their opening two games against the Armenians and Ukraine, and they know they will have to be equally good, if not better if they are to emerge from their trip to Hampden Park with anything to show for their efforts.

Cullen said: “We’re hungry as well to go and get another result. If they see it as a revenge mission or however they view the game, we’re just as determined to go there and get another three points and put in another good performance.”

That task increased significantly in difficult on Wednesday night when Scotland, who were so poor in defeat at the Aviva, beat Ukraine 3-0 in Glasgow to go top of League B1, although Cullen insists that will not alter Ireland’s approach unduly.

He said: “It was a good win but Saturday is a new day and we have to be confident and full of belief that we can get a good result.”