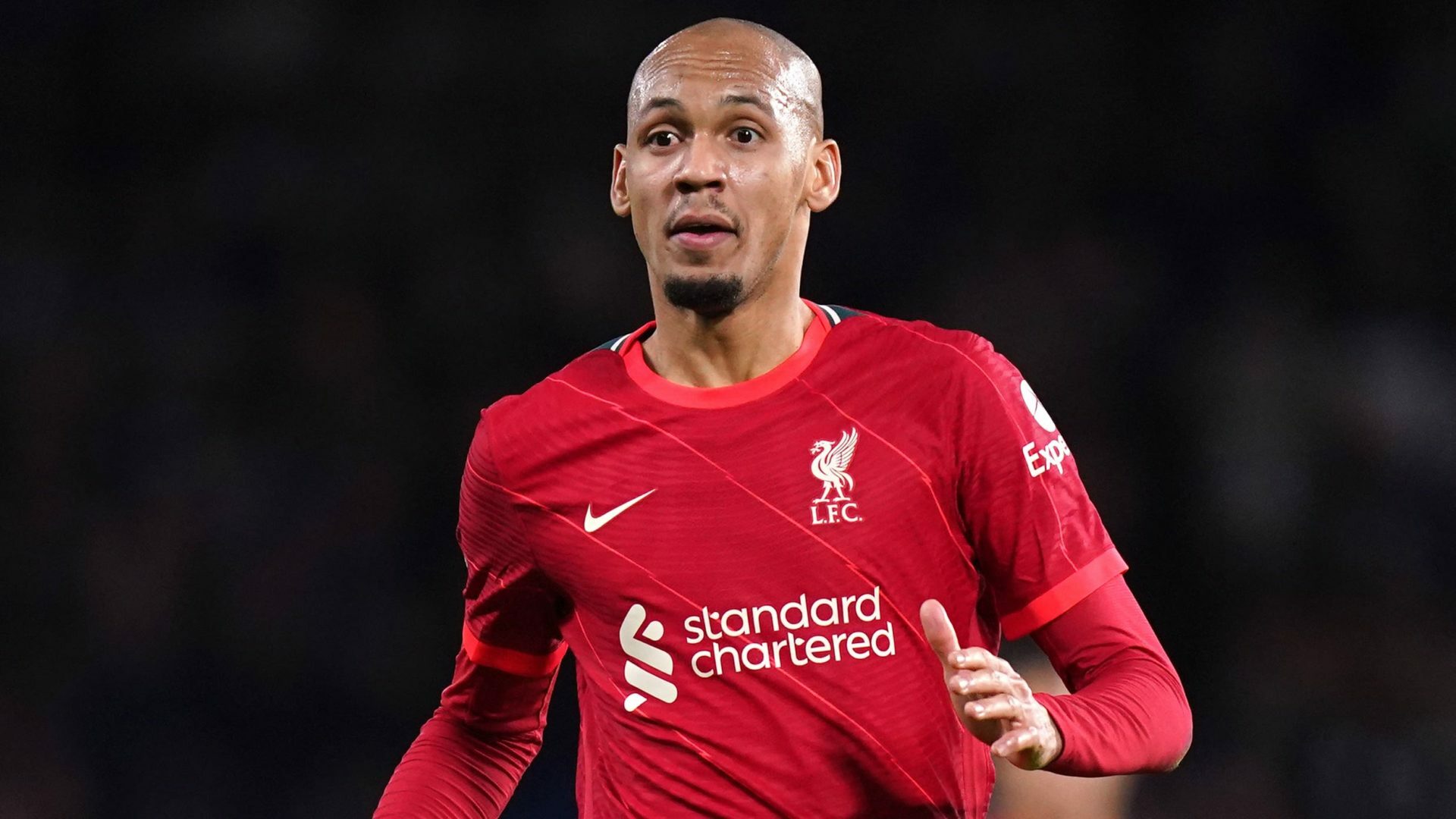 Liverpool manager Jurgen Klopp is optimistic Fabinho will be fit for the Champions League final against Real Madrid later this month.

The Brazil midfielder was forced off with a hamstring problem in Tuesday’s win at Aston Villa which has ruled him out of Saturday’s FA Cup final against Chelsea and their last two Premier League matches against Southampton and Wolves.

However, Klopp is hopeful he will be able to call on Fabinho for the May 28 European showpiece in Paris.

“There’s a good chance that he will be available for the Champions League final,” said the Reds boss, who remains confident they can cope with his absence for the remainder of their domestic campaign.

“We have to. Because we can cope. Having him or not having him is a difference but it is all fine. That’s normal stuff that happens.

“We have a few players. Hendo came on (against Villa) and played incredible, he has played super games this season at (number) six, so that is not a problem.”

With Henderson nominated for the defensive midfield role he has performed occasionally this season it means Klopp is likely to rely on Thiago Alcantara and Naby Keita to make up his three in the centre against Chelsea.

James Milner and Curtis Jones, who made his first start since early April at Villa Park, are Klopp’s back-up options and with one space now freed up in the matchday squad it could mean Harvey Elliott or Alex Oxlade-Chamberlain are brought back in having struggled to make the cut for Premier League matches in recent months.