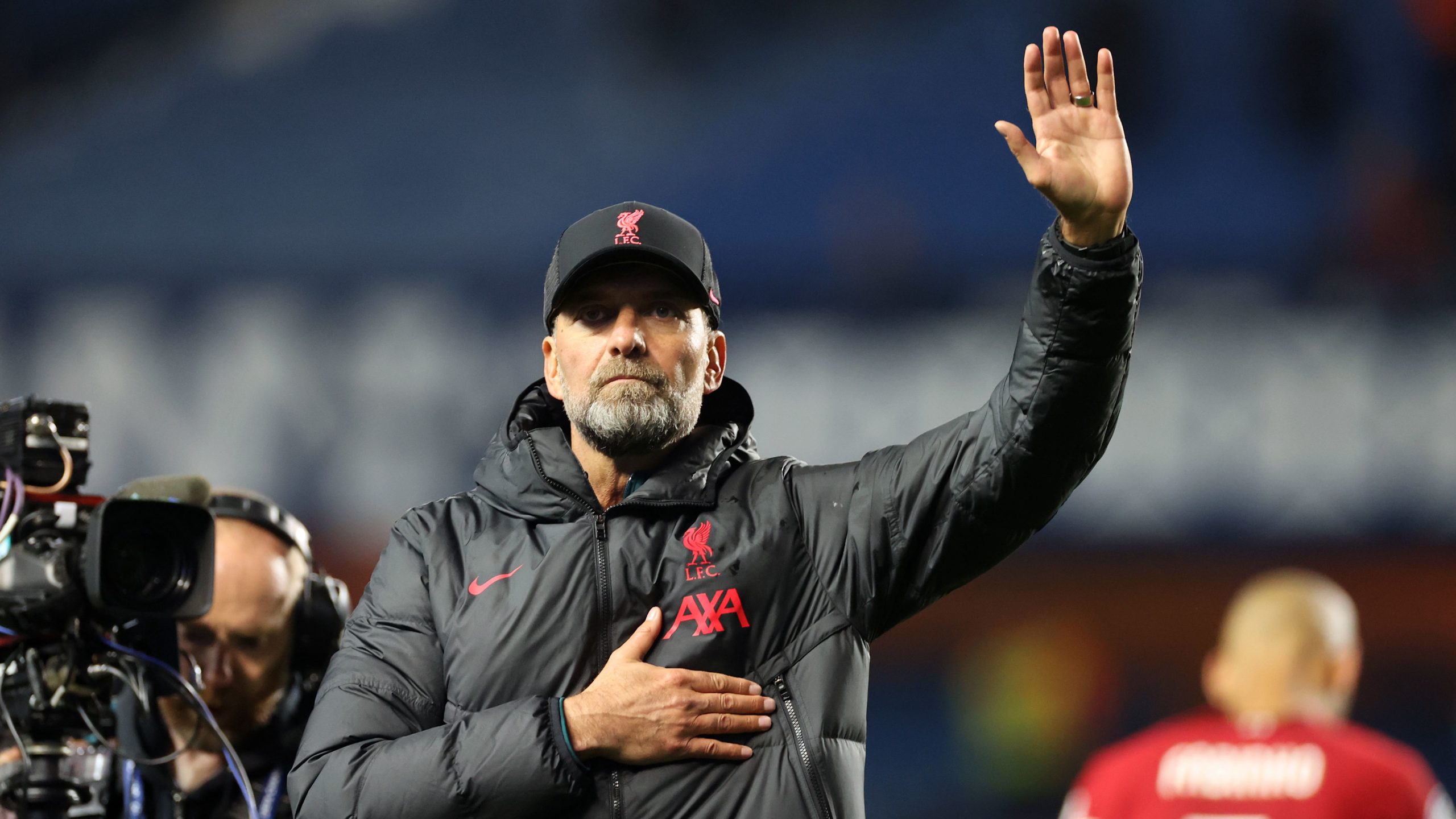 By By Ronnie Esplin PAOctober 12, 2022No Comments

Jurgen Klopp believes Liverpool’s 7-1 thrashing of Rangers at Ibrox instantly changed the mood around the club ahead of their clash with Manchester City on Sunday.

The Anfield side have had a wretched start to their league campaign with only two wins in eight but they ran riot against the Govan men in their Champions League clash in Glasgow.

Rangers took the lead in the 17th minute through Scott Arfield but the Reds reasserted themselves and Roberto Firmino grabbed a double, fellow striker Darwin Nunez added a third before substitute Mo Salah scored three goals in six minutes and 12 seconds – the fastest Champions League hat-trick – with Harvey Elliott notching the seventh as Giovanni van Bronckhorst’s side crumbled.

Klopp spoke about a “freak” result but a “special” hat-trick for Salah as he welcomed the confidence boost.

He said: “It is a night where things worked for us. It has changed the mood definitely.

“We usually drink a beer after away games and it is that long ago since I had one I will probably get drunk after one.

“It has changed the mood completely. That is good.

“But we all know who we welcome on Sunday.

“Different game, we know that, but it’s better to go into it with this feeling from tonight than any other.

“We don’t have to make a big thing of it, the best football team in the world
right now is coming to Anfield.

“Meeting us in the wrong moment was not cool for Rangers.

“I know you will be saying there was a breakdown but it wasn’t easy to defend against us in the second half.”

It was the Gers’ heaviest ever home defeat and joint worst loss, equalling the League Cup final defeat by Celtic at Hampden Park in 1957.

Rangers are bottom of Group A with no points from four fixtures and Van Bronckhorst was at a loss to explain the late collapse and after losing 4-0 to Celtic and Ajax last month, the Dutchman admits a change of mentality is required at Ibrox.

Van Bronckhorst, who expects Connor Goldson and Ryan Jack, who both went off injured, to miss the Motherwell game on Sunday at least, said: “The first half and the last half an hour was night and day, comparing how we played and that difference in level in the Champions League is too much.

“The first hour we were there and we can make it difficult for many opponent at Ibrox but the way we played the last 25 minutes, you will lose against any team we play here.

“We need to solve it. We need to find a way to make sure that those moments within games will not happen again. We have had a couple of big defeats already this season.

“That’s not what we want. We need to work on it because in the league there are a lot of big games still coming until the break.

“We need to improve our performance, keep our level, keep our focus for the 90 minutes.

“If we lose focus against any team, but especially teams with the quality  Liverpool have, you will get punished quickly as you saw.”

Van Bronckhorst is bracing himself for some heavy stick.

He said: “Of course we need to accept the criticism. It’s part of my job, part of the  players’ job.

“When you perform like this – I don’t mean the whole 90 minutes, but the last 25 minutes -you will get criticism and we have to take it on the chin.”