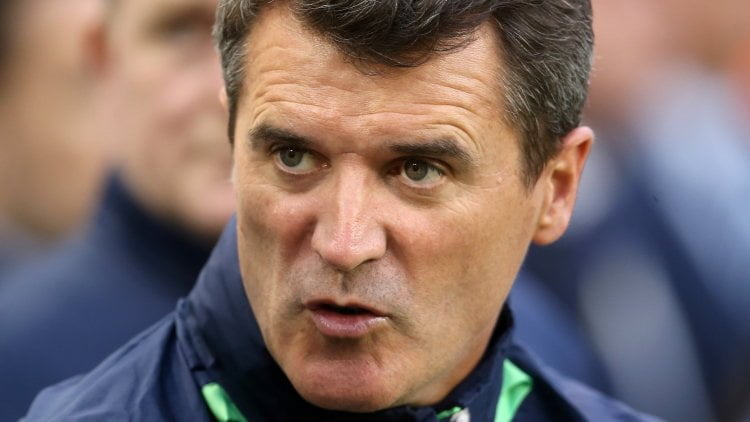 By Peter MartinSeptember 15, 2016No Comments

Roy Keane claims Celtic should be setting their sights higher in Europe following their 7-0 thrashing by Barcelona.

The former Celtic midfielder – who rejected the chance to manage the club in 2014 – was disappointed with the way they celebrated their Champions League qualification following a 5-4 aggregate win over Israel’s Hapoel Be’er Sheva.

After watching a Rodgers interview, Keane told ITV’s Champions League highlights programme: “I know it’s difficult after a game, and if you have an off night in Barcelona you are in big trouble. But on one hand we are being told that Celtic are a great club, great traditions, great history and they go and lose 7-0 to Barcelona and people almost say, ‘Well these things happen, it’s acceptable’.

“He spoke about the game the previous week against Rangers. They won 5-1 against one of the worst Rangers teams I have seen in a long time, who finished with 10 men for the last 15-20 minutes. So that idea they were tired as well….

“All I hear sometimes when people talk about Celtic is about winning the league, but I think they need to do a lot better in Europe. It’s easier said than done of course and this time round it’s obviously difficult with the group they are in.

“But even in the qualifying games they were poor. They scraped through and didn’t win any of their away games. I think the whole mindset has to change and don’t accept, particularly away from home, being the whipping boys of Europe.”

Celtic overturned a first-leg defeat against Gibraltar’s Lincoln Red Imps in their opening qualifier before beating Astana 2-1 on aggregate to set up the Israeli challenge.

Republic of Ireland assistant manager Keane added: “It’s Celtic, a huge club, and they need to do a lot better. Even when they qualified for this group the celebrations were way over the top. They scraped through and I thought they’d actually won the competition. People were hugging each other – the manager, the coaches, the players. They should be expecting to do well in this group.

“Throughout the last number of years when they have been involved in Europe they have struggled and lesser teams than Celtic have done well in Europe.

“A lot of these players for Celtic are international players. It’s not Altrincham, it’s Celtic. They’ve got to do much better.”