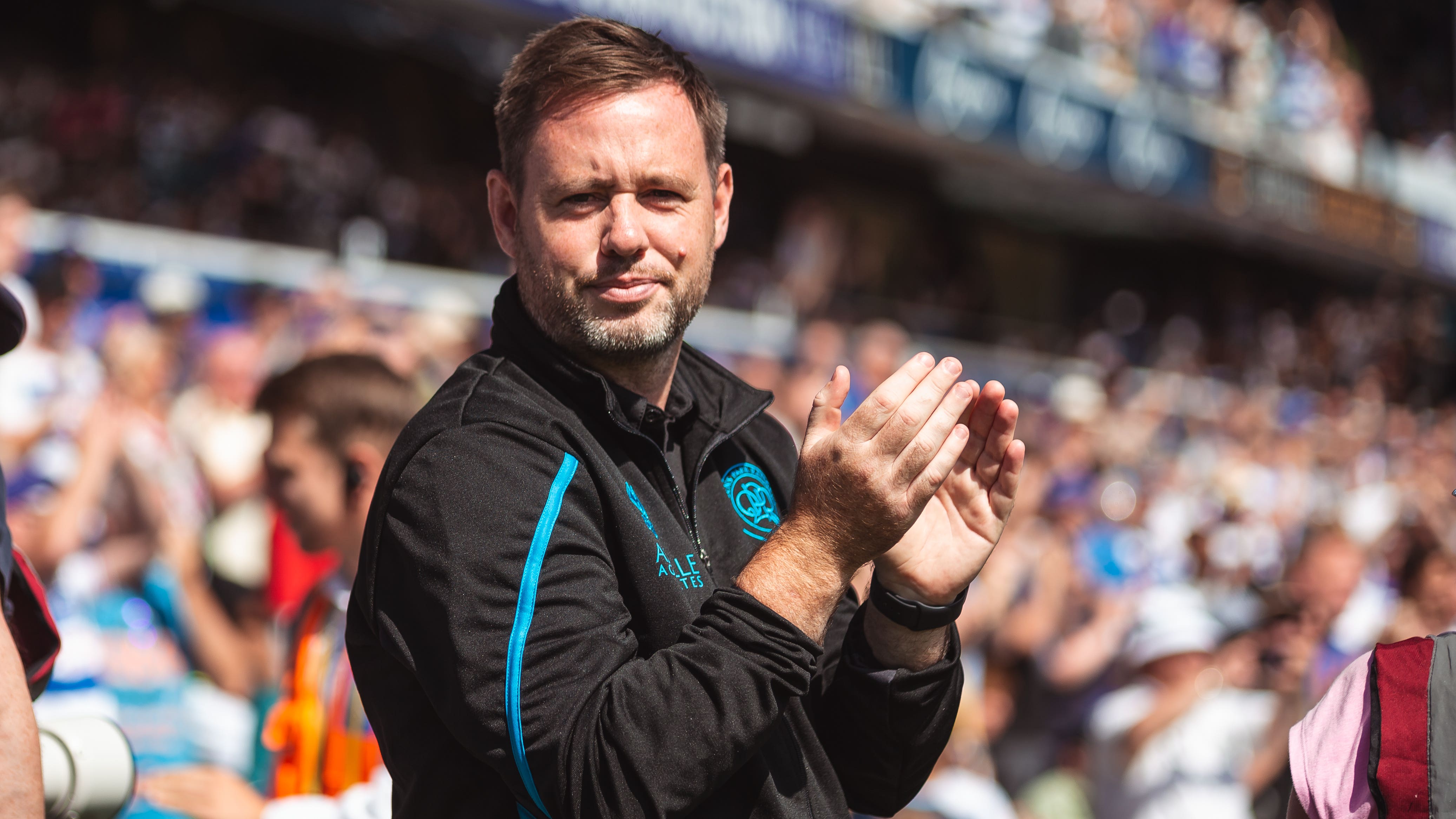 The Ibrox club sacked the Dutchman on Monday, a year after he was appointed as Steven Gerrard’s successor.

Beale was a highly-regarded coach under Gerrard at Ibrox and more recently at Aston Villa before branching out on his own to become QPR boss in June.

Former Ibrox striker Miller feels the 42-year-old is one of the standout options to succeed Van Bronckhorst.

“There’s loads of names that spring to mind, you’ve got the likes of Sean Dyche who’s got connections to (Rangers sporting director) Ross Wilson, the same with Ralph Hasenhuttl,” Miller told Sky Sports.

“One for me that would be right at the top of the list would be Michael Beale. His name’s been bandied about over the last month while Rangers have been toiling.

“I think he fits, he knows the club, he knows the players. There would be no surprises with him walking back into the building in terms of the demands and the expectations of the football club and he’s started off his own journey as a manager pretty well as well so I think he’d be right at the top of the list.”

Miller acknowledged his former Rangers team-mate Van Bronckhorst had to deal with difficult circumstances but he had no arguments with the decision to sack him.

“The injuries to some key players, particularly Tom Lawrence and Connor Goldson, are huge,” said Miller. “Particularly Goldson, when you see the Rangers defence at the moment.

“They’ve been giving up goals, it’s been a really inexperienced centre-back pairing so he’s been a big loss. I feel the recruitment done in the summer has not really come to fruition as yet.

“Maybe there’s a bit of development required in these signings in terms of settling into a new club, in a new city, where there are a lot of demands put on you. But ultimately the results have cost Gio.

“The fact they’re sitting nine points behind Celtic after 15 games doesn’t make good reading. Yes, there are circumstances that have not helped Gio but I think it may be the right decision going forward.”

With three-and-a-half weeks until their next fixture at home to Hibernian on December 15, Miller feels Rangers have the opportunity for a reset after a turbulent opening to the campaign.

“This World Cup break was always going to bring change for a lot of teams all over Europe,” he said. “If it’s a swift decision made and there’s a new guy in the building potentially by the end of the week, he’s going to have three weeks in preparation for the Hibs game.

“It’s absolutely crucial that we see improvement in the Rangers performance. As long as it’s a swift decision, I think they’ve got time to embed themselves in the club and get the players buying into what they’re about.”
Kris Boyd backed his former Ibrox strike partner Miller’s endorsement of Beale’s credentials.“Whether it’s big names trying to get a start in their managerial career like Steven Gerrard or managers trying to rebuild their reputation like Brendan Rodgers, to then get a move back down to England, I wouldn’t rule anybody out,” said Boyd.“Rangers can’t afford the Premier League wages that Sean Dyche or Ralph Hasenhuttl would have been on, but there is a special attraction to both big clubs in Scotland, the attraction of playing in Europe, and the opportunity to win trophies.“The obvious one at this point would be Michael Beale. The Rangers fans remember what he did under Steven Gerrard, and they are extremely proud that he was part of the team that delivered (title number) 55 for the football club. There is an obvious connection there.“Whether Michael Beale wants to leave QPR at this moment in time remains to be seen, he obviously turned down Wolves not so long ago.“Whether that was the right move, or maybe he got wind that something was going to happen at Ibrox and was prepared to wait for that, we don’t know. He will definitely be someone who is in the running.”