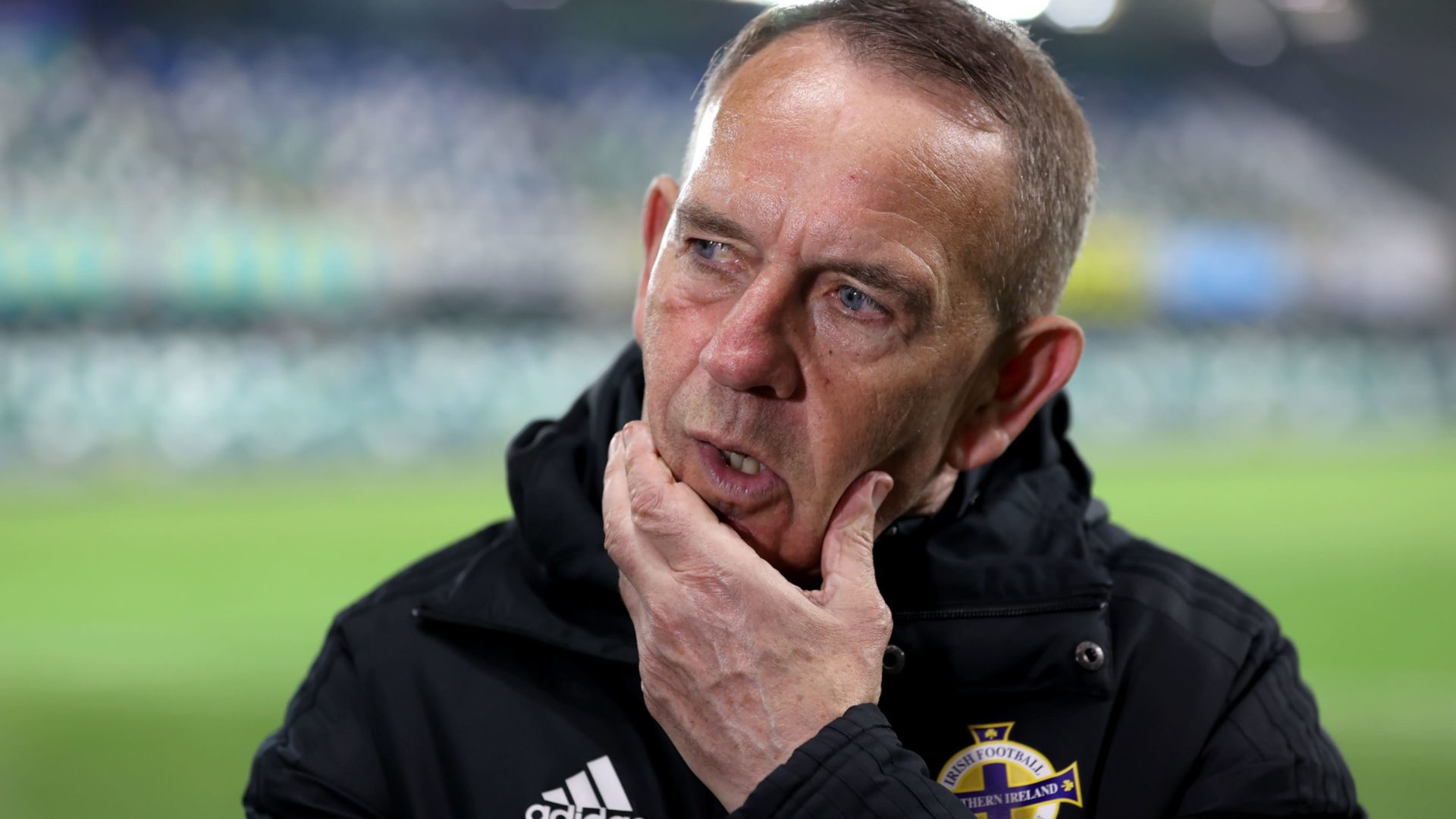 Northern Ireland, ranked 47th in the world, have been drawn in Group A for the Women’s European Championship, alongside formidable opposition in Norway, Austria and hosts England.

Baraclough was left red-faced earlier this summer after publicly targeting four wins from as many Nations League games and subsequently drawing twice with Cyprus and losing to Greece and Kosovo.

Shiels has declared his side “massive underdogs” going into the Euro 2022 but stopped short of revealing what he would deem a success.

“The girls know the language that we speak in the dressing rooms about what we want to do and how we are going to do it,” he said.

“I would relate this to Ian Baraclough, who was asked the question about the Nations League games and he expected to win all of the games.

“He didn’t say it like that, he wasn’t arrogant by any stretch. He said, which is logical, that he didn’t see any reason why the team couldn’t win all four matches and that sent out a message of motivation to his players.

“Some people took arrogance from that, but I think he was totally right to say it.

“I’m not going to say that we should win all three matches in the group.

Northern Ireland play all three of their group games at St Mary’s.

They begin on Thursday against Norway before meeting Austria four days later and finishing by taking on England on July 15.

Shiels’ team, who qualified by defeating Ukraine in the play-offs, are comfortably the lowest-ranked team in the competition as the only side placed outside the top 30.

They have gone five games without a win following last week’s 4-1 friendly loss to Belgium.

The 66-year-old Shiels wants his players to perform with freedom and keep things in perspective.

He said: “Are we ever going to be as good as those upper echelons of Europe? It’s a big ask.

“But we’re going to try and get there with more participation, with a lot of work going on underneath.

“It hasn’t been a bad period for us. We’ve just been beaten by a team (Belgium) that were miles better than us in terms of where they’re at.

“I think there’s a lot of freedom with our girls under how we’ve worked with them and it’s up to myself and my staff to make sure they’re not worried about losing a football match when they maybe have a relative who’s dying of cancer.

“We try to de-stress them and we talk about how unimportant football is in terms of people’s lives.

“We try to let them know and understand that they should feel proud to represent their country at this level.”