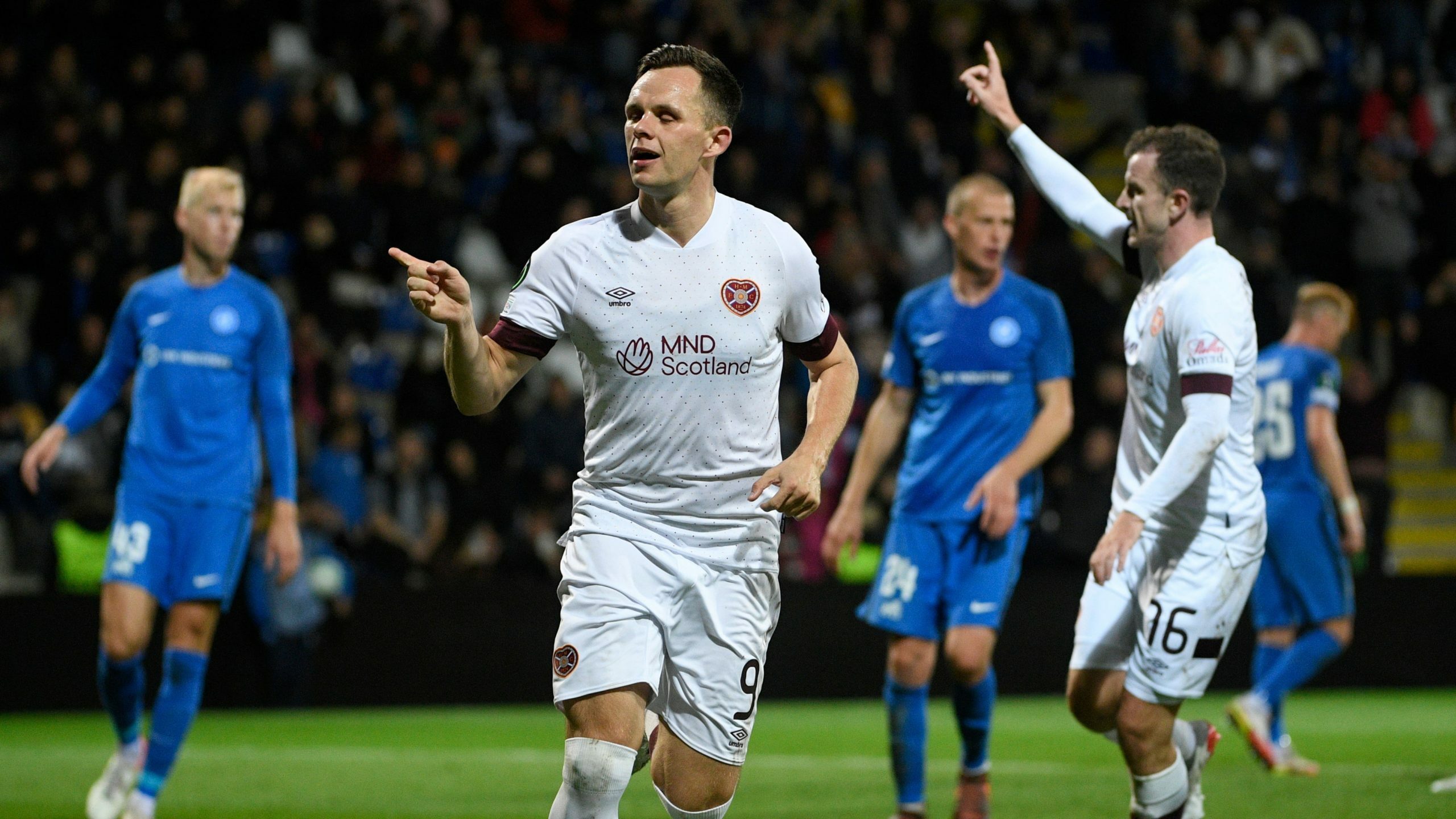 Lawrence Shankland’s well-taken penalty sent Hearts on their way to a 2-0 Europa Conference League win over RFS in Latvia.

Hearts had lost six of their previous seven games including a 4-0 home defeat by Istanbul Basaksehir in their opening group match but they were well worth the three points at Skonto Stadium in Riga.

Robbie Neilson’s side overcame the loss of Craig Halkett to injury on his comeback to move second in Group A.

Hearts had an early scare against a team who held Fiorentina in Italy last week, when Craig Gordon pushed Brazilian midfielder Emerson’s strike on to the bar.

But the visitors settled down and Josh Ginnelly forced a save before almost getting on the end of a fumble from the goalkeeper following Stephen Kingsley’s cross.

Halkett was making his first appearance since suffering a hamstring injury four weeks ago but the centre-back had to go off midway through the first half. With Kye Rowles also injured, Lewis Neilson came on to join Kingsley in the middle of a back four.

The disruption gave the home side a lift and centre-forward Andrej Ilic was played clean through the middle only to take a poor touch.

Again Hearts settled and Andy Halliday forced two saves before Shankland put a ball across the face of goal which Barrie McKay was too slow to respond to.

McKay was the catalyst for the move that led to the penalty with a turn and run which ultimately led to Halliday’s cross being handled by Elvis Stuglis. Shankland fired the spot-kick into the top corner.

Gordon made two impressive stops following free-kicks into the box in the closing stages of the half but Hearts started the second period in a controlled manner.

Shankland threatened with an ambitious effort and McKay and Ginnelly continued to look dangerous.

Former Dundee United centre-back Neilson was growing into the game and Hearts had several chances for a second.

Shankland had a shot saved on the counter attack but would have had a better chance had Ginnelly’s pass not gone behind him.

But Gordon was untroubled as Hearts defended well and they sealed the points two minutes into stoppage-time.

Cammy Devlin had options either side on the counter attack and set up Forrest to drill inside the near post.