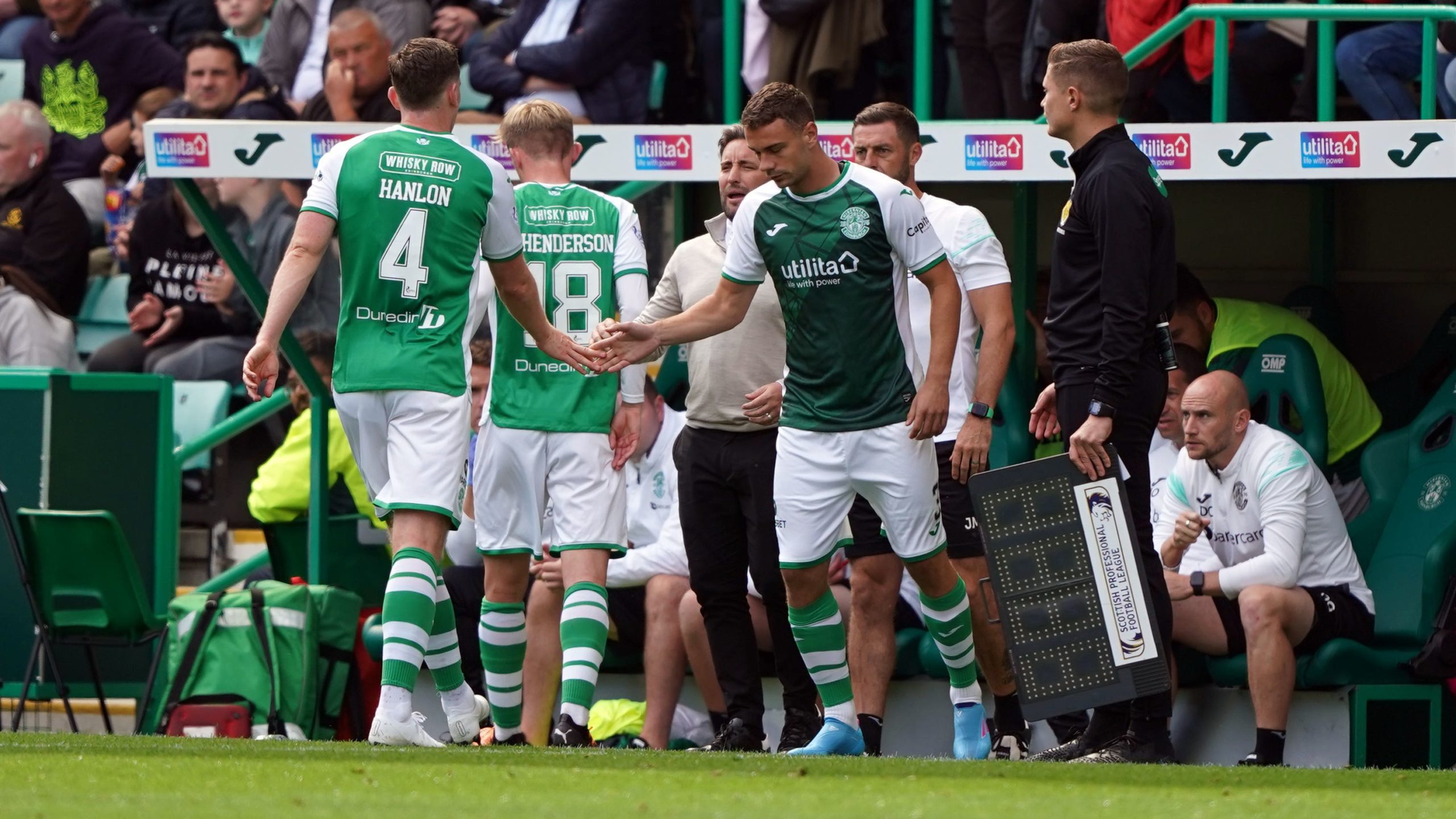 By By Anthony Brown PAAugust 21, 2022No Comments

Lee Johnson heaped praise on Marijan Cabraja for making himself available to play for Hibernian against Rangers just 48 hours after his father was laid to rest.

The Croatian left-back only returned to Edinburgh on Friday after his dad’s funeral in his homeland the previous day.

Cabraja was adamant he wanted to play and although he started on the bench, he was introduced midway through the first half as Hibs fought back to claim a 2-2 draw with nine-man Rangers.

At the end of the game, the 25-year-old was comforted by his team-mates on the pitch after becoming overcome with emotion.

“He pulled the lads together in the dressing room afterwards and I don’t know how he managed to speak – I am welling up now – to thank them from his family for all the support he’s had.

“Those situations, I think, bring you closer together as a Hibs family.”

Josh Campbell secured a point for Hibs when he fired in a superb half-volley in stoppage time.

It was the 22-year-old midfielder’s second goal of the season following his opening-day winner at St Johnstone, and Johnson is encouraged by the way he is progressing.

“It was a fantastic finish from a player that I believe is growing in stature and is a trustworthy player for us,” said Johnson.

The Rangers camp must now try and banish the disappointment of having their perfect start to the cinch Premiership campaign ended by Hibs’ stoppage-time equaliser as they head to the Netherlands for a crucial Champions League play-off second leg against PSV Eindhoven on Wednesday.

The tie is poised at 2-2 from the first leg last week.

“Of course the disappointment is there but we have to switch back into Europe for another big game on Wednesday and the chance to qualify for the group stage,” manager Giovanni van Bronckhorst told Rangers TV.

“There’s everything to play for. We look forward to Wednesday to have a good performance.”

Captain James Tavernier is determined to make it into the group stage of Europe’s elite competition for the first time in his Rangers career.

“We’ve just got to put (Saturday) behind us and really focus on Wednesday and the games ahead,” he said.

“Wednesday is a massive game for us. We obviously want to get Champions League football back at Ibrox and we’ll go over there and do everything possible to try and achieve that.”