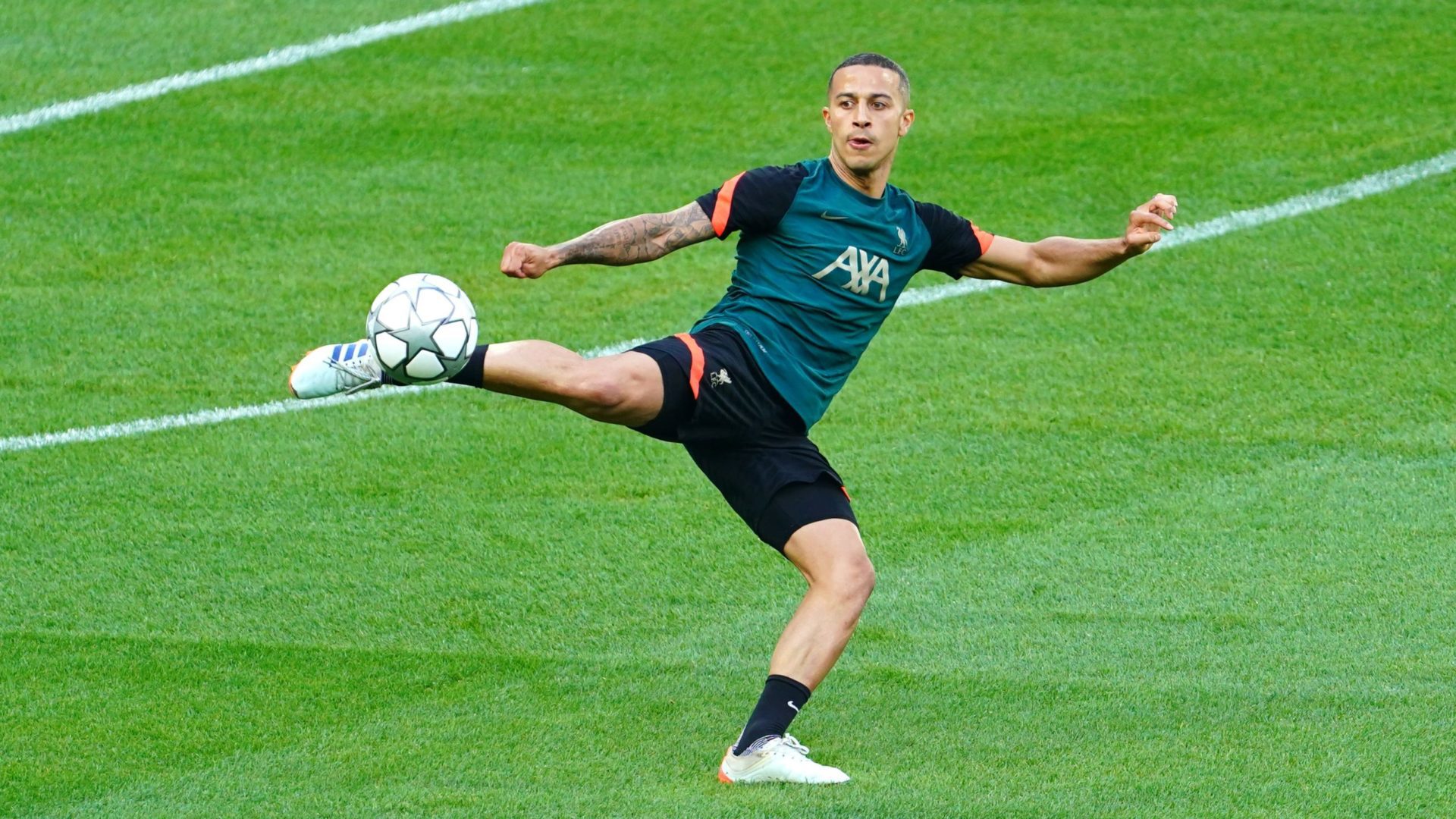 Liverpool midfielder Thiago Alcantara trained with the team at the Stade de France in Paris to improve his chances of starting the Champions League final against Real Madrid.

The Spain international was forced off in Sunday’s victory over Wolves with an Achilles problem but returned to work with the squad on Thursday and was present for the light open session in the stadium.

Midfielder Fabinho has also recovered from the hamstring injury which saw him miss the last three matches of the domestic season and is expected to start but departing striker Divock Origi will not feature because of a muscle injury.

Real are injury free after defenders David Alaba and Marcelo shook off knocks to travel to Paris.

Forward Gareth Bale – also in his final game for the club – is likely to be included on the bench after missing the last six weeks of the season.

Isco, who is also leaving, and Eden Hazard will also be among the substitutes.