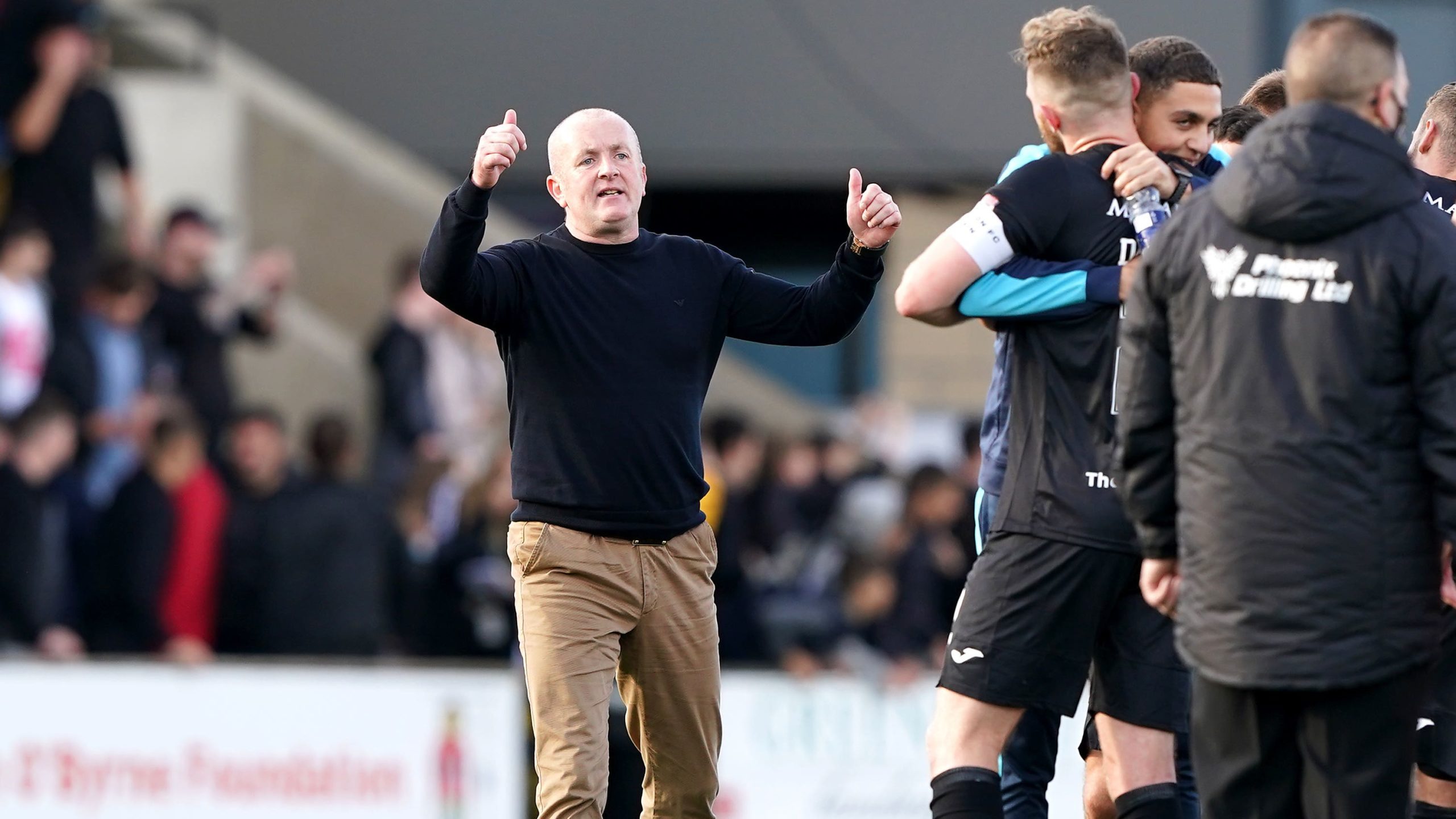 By By Anthony Brown PASeptember 8, 2022No Comments

David Martindale admits Livingston face a formidable task on Saturday as they bid to avoid the same fate as every other cinch Premiership side to have come up against Celtic this season.

The Hoops have scored a whopping 29 goals and conceded just two in their seven matches against domestic opposition this term, with their last two league games bringing a 9-0 destruction of Dundee United and a 4-0 victory over city rivals Rangers.

Ange Postecoglou’s side earned further plaudits for a strong first-half performance in their 3-0 Champions League defeat by Real Madrid on Tuesday.

Livi boss Martindale conceded there is an element of “trepidation” associated with going up against the Scottish champions at present, but that will not diminish his hope that his team, who have lost only two of their last five meetings with Celtic, can take something from Parkhead.

“It’s a game we can look forward to, but with a wee bit of trepidation in there also, to be fair,” he said. “You’ve got to stay in the game for the first 30 minutes. I look at Celtic, and the first 30 minutes, they’re usually scintillating, brilliant.

“They’re really exciting, and the tempo they play at is incredible. They try and blow you away in the first 30 minutes. Then you go into the next block of 30 minutes and they’re still bang at it.

“For us, it’s about trying to stay in the game. But is it any different to any other game against the Old Firm over the years? Probably not. As managers, I think we probably all preach the same things when we go to Parkhead or Ibrox: ‘Stay in the game, stay in the game.’

“Do I feel a bit of trepidation? Potentially, but we’re going there to try and take something from the game.

“Are we going there in fear of Celtic? No, of course we’re not. But I’m not naive enough not to know that the game can swing in a massive negative towards us if we don’t do our jobs properly.”

Martindale, whose side were the last to win a league match against Celtic almost a year ago, has warned his players that they must remain alert from first minute to last.

“On Tuesday night Real Madrid had a shot and I don’t think it had crossed the byline by the time the wee ball-boy was throwing the ball on to Joe Hart,” he pointed out.

“Just as the ball had gone off the park, Joe was taking his kick. That’s the tempo of the game, that’s how they like to play. As a spectator I love seeing that, it’s brilliant. But going up against it, we’ve got to be aware of that and try and nullify it.”