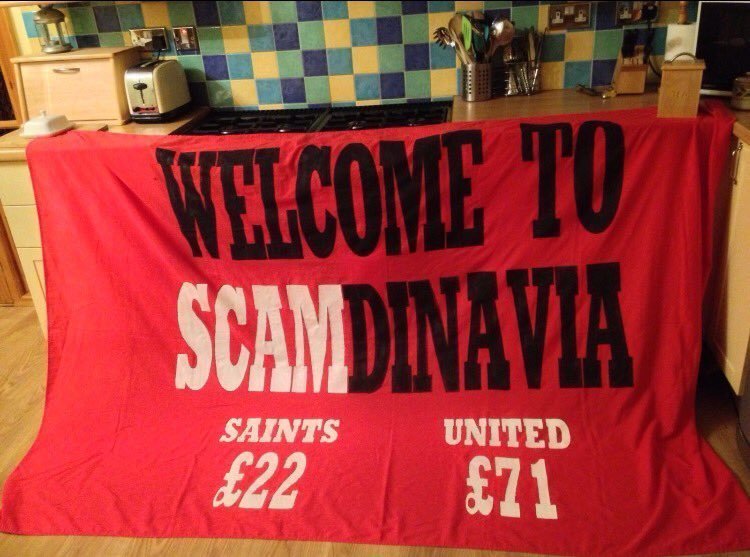 Manchester United fans have been enraged over the cost of their Europa League ticket and they plan to let Midtjylland know.

Our flag for Denmark. Brilliantly created by @ThomasKearney92pic.twitter.com/JGGPhZcrZa

£71 to watch a Europa League game is extortionate.

The combined cost of all three tickets for Manchester United’s Champions League away games was only £75.

Do they think United fans are three times wealthier than Southampton fans? Midtjylland are ripping fans off – their own and the 800 travelling fans.