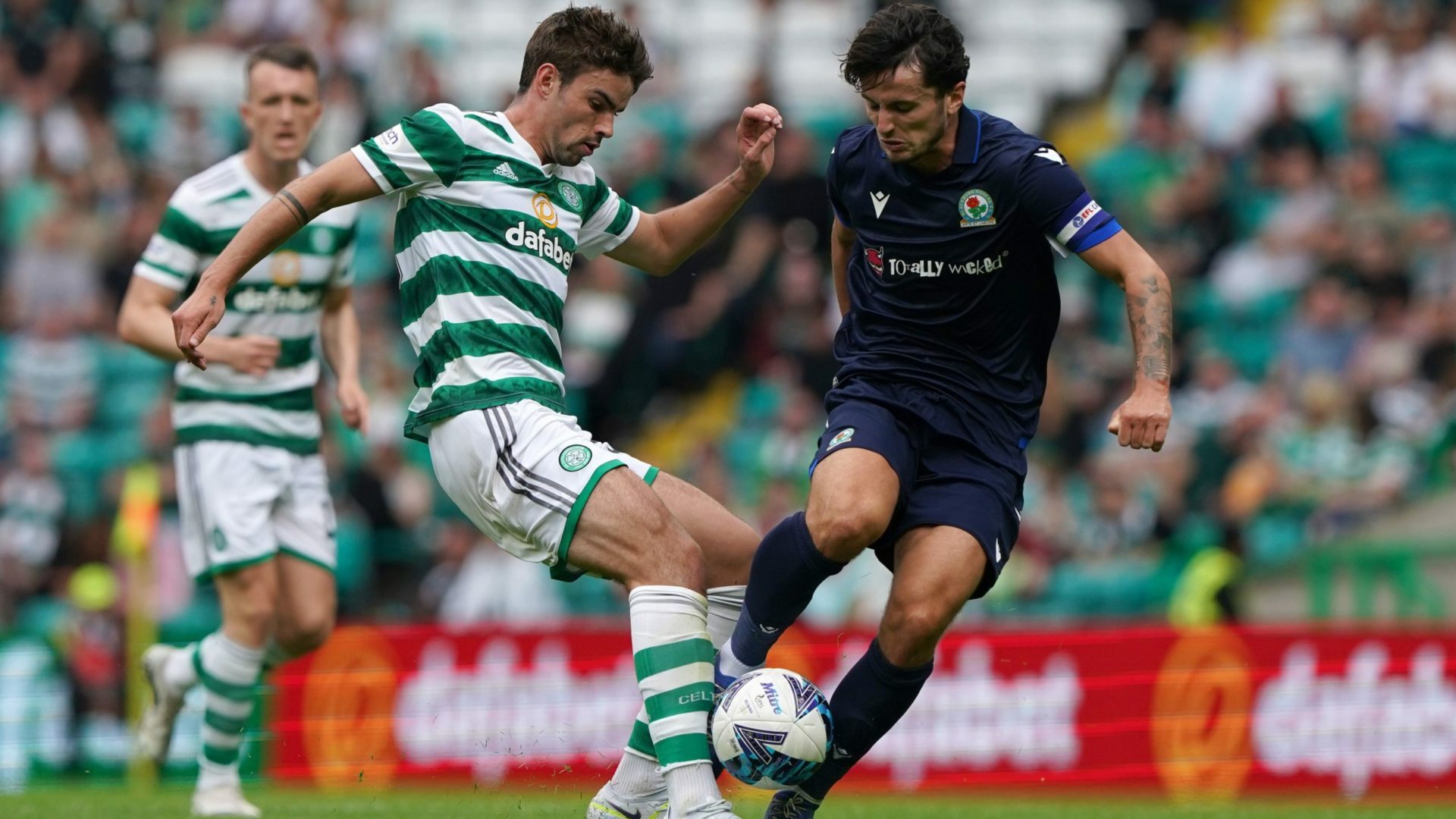 The Scottish champions drew 2-2 with Blackburn on Saturday to make it seven goals conceded in their last three friendlies.

They have scored a total of 16 goals in four games with exciting encounters with Rapid Vienna and Banik Ostrava preceding Saturday’s Celtic Park clash with Rovers.

The visitors took the lead through striker Sam Gallagher in the first 30 seconds when he caught the home defence cold to fire low past keeper Joe Hart.

Portuguese winger and man of the match Jota levelled in the 16th minute with a drive in off the post and a deflected David Turnbull free-kick after 27 minutes gave the Hoops the interval lead.

However, late in a second half littered with substitutions, Ben Brereton Diaz levelled for Rovers with a free-kick from 25 yards.

O’Riley said: “We’d rather make mistakes in pre-season. The back end of last season defensively we were really sound. We’re still getting into it, we are only three or four games in and people are still getting sharp.

“We definitely want to raise our level and not make mistakes at the back but I wouldn’t just blame the defensive side of things, it comes from us pressing up top and if one person doesn’t do their job it kills the whole team.

“We need to brush up on a few things for sure, overall we’re in a good place.

“The team has to gel. Pre-season is the time to try things, without the ball and with the ball. We are going to make mistakes in order to get better.”

O’Riley knows Celtic will have to step up a level when they go straight into the Champions League group stages in September.

The 21-year-old said: “We haven’t looked that far forwards yet but we’re putting plans together in training with how we’ll set up going forward.

“When you play better opposition have to be defensively at our best or we will get picked off. We have to be organised with our press and structure, there are loads of things to work on, but first of all we are excited for it.”