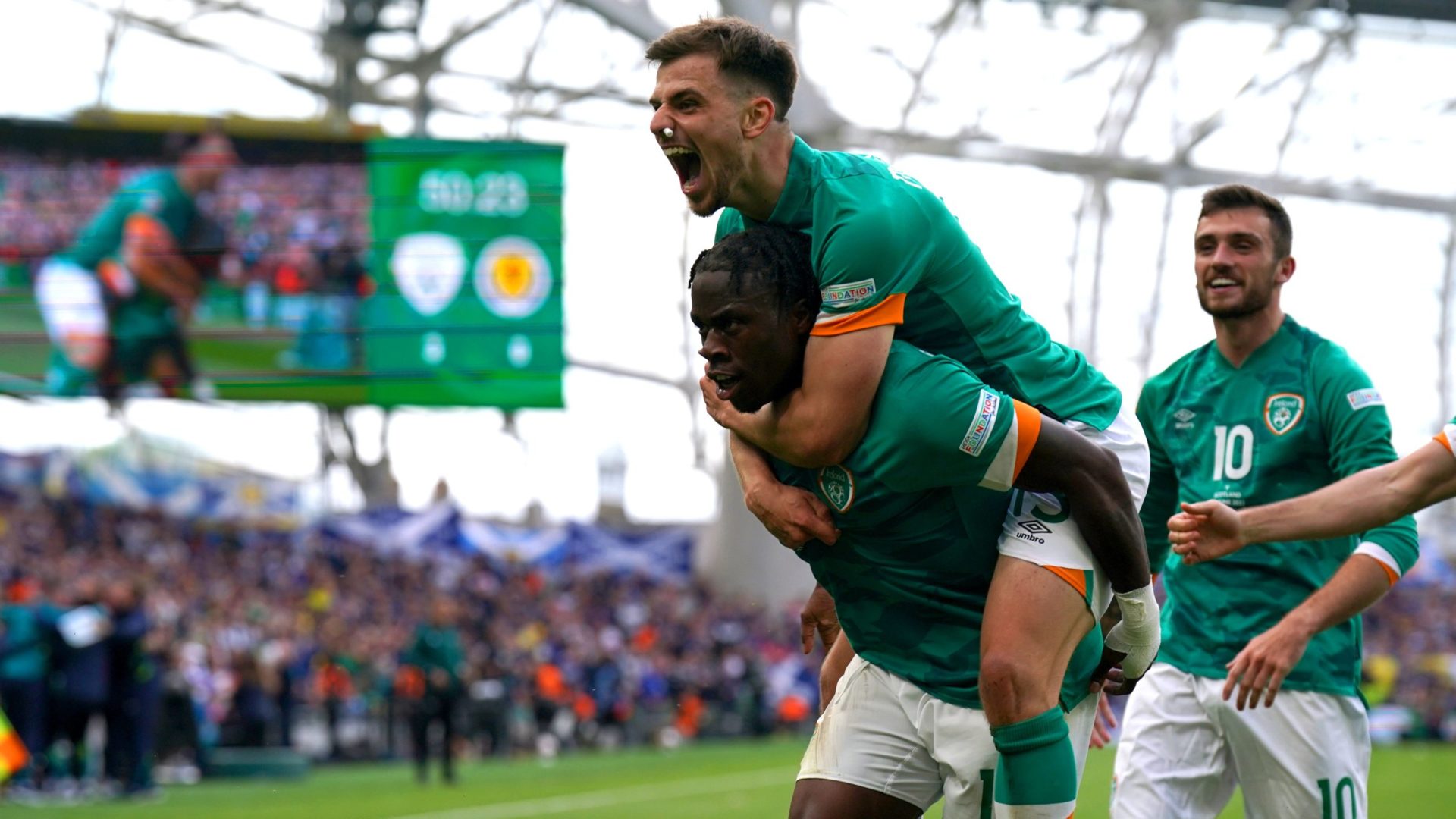 By By Damian Spellman PAJune 12, 2022No Comments

Michael Obafemi joked he turned from Son Heung-min into Harry Kane as he marked his first Republic of Ireland start with a glittering display.

The 21-year-old Swansea striker, who had to wait 42 months after his first senior cap for his second, made a goal for Troy Parrott before smashing home a 30-yard strike himself in a 3-0 Nations League win in Dublin on Saturday evening to announce himself in style.

Speaking to reporters afterwards, it was suggested he and Parrott had struck up a relationship akin to the one enjoyed by the latter’s club-mates Son and Kane, with the former Southampton frontman having dropped deep to deliver the perfect through-ball to his strike partner.

Obafemi said: “If I want to become a top player, I’ve got to develop my game and not just be one-dimensional going in behind.

“I felt like this season I’ve kind of done that, dropping short and getting the ball. Obviously we saw it today with me getting the assist and I’m happy with that.”

When the comparison with Kane and Son was put to him, he said: “Kind of, yes”, before adding: “And then in the second half I turned into Harry Kane!”

Handed his chance in place of the rested Callum Robinson, Obafemi snatched it with both hands, his deft clipped pass allowing Parrott to head Ireland into a 2-0 lead after Alan Browne’s opener.

However, it was his searing long-range drive after the break which wrapped up the win – Ireland’s first in the competition in 13 attempts – and really caught the eye.

He said: “I couldn’t wish for a better first start really, a goal, an assist and a 3-0 win. It’s amazing.

“Troy played it to me, it opened up and I just thought, ‘Hit it’. Obviously it just flew top corner.”

Obafemi’s return to the international fold – he was first capped by Martin O’Neill in November 2018 – came after his emergence from a difficult start in South Wales following his move last summer, and the realisation that he needed to up his game.

He said: “It just clicked in my brain. If I really want to become a world-class striker and a top player, it’s got to start now really.”

Ireland’s victory was their first in a competitive home match since June 2019 and perhaps their most significant – Scotland are ranked eight places higher than them by FIFA – since they beat Bosnia and Herzegovina in a Euro 2016 play-off in November 2015.

They now face Ukraine in the Polish city of Lodz on Tuesday desperate to avenge Wednesday’s 1-0 defeat in Dublin, although Obafemi is a doubt with a groin injury, John Egan is struggling with an ankle problem and Shane Duffy is suspended.

Nevertheless, goalkeeper Caoimhin Kelleher is hopeful they can build upon the Scotland win.

Kelleher said: “It’s important. If we get another win, we’re right back in the group, so Tuesday is a big game for us and hopefully we can win again.

“They were very good here, they will be good over there as well. We’ve watched their games and we have seen how their squad, team, play. We will be more than ready for them.”