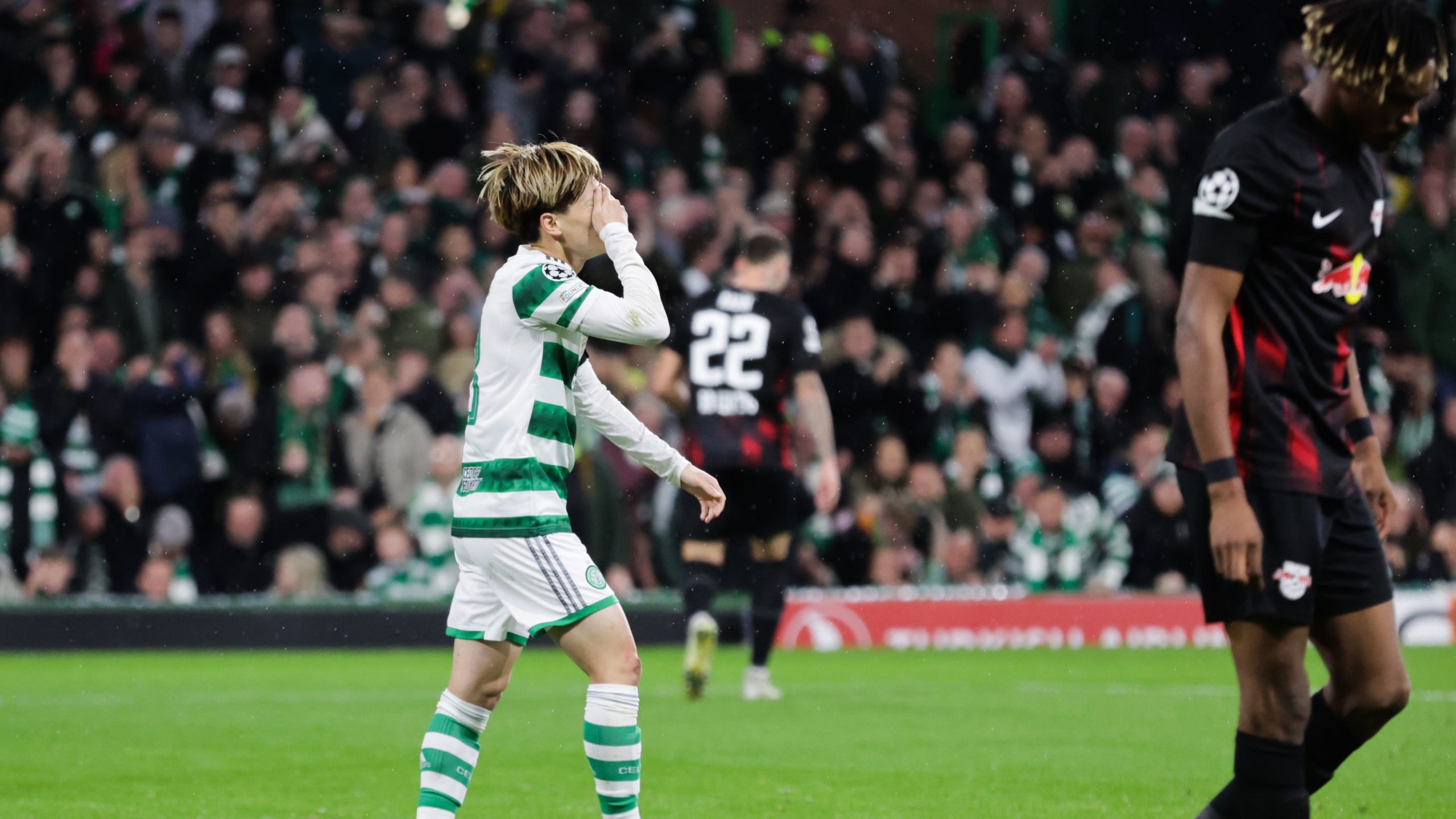 By By Gavin McCafferty PAOctober 11, 2022No Comments

Celtic manager Ange Postecoglou admitted it was the same old story as his side’s hopes of Champions League progress ended with defeat by RB Leipzig.

The Scottish champions again missed a series of chances as they fell to a 2-0 home defeat against the German side.

Goals in the final 15 minutes from Timo Werner and Emil Forsberg left Celtic with one point from four matches and with no chance of finishing in the top two in Group F.

Celtic have only scored two goals in their campaign despite creating a healthy number of chances in each match.

Postecoglou said: “I thought we showed all the effort and endeavour to try to win a game of football but, as we have found at this level, if you don’t take your chances it’s very hard to convert all of that into a result.

“It’s not frustration (I feel), I just want the players to get the rewards for their endeavours.

“I’m trying to tell us to play in a certain way to be successful, but we know at this level that if you don’t take your opportunities then it’s going to hurt you at some stage.

“It’s been the story of our campaign so far – a lot of missed chances.

“I’m disappointed for our players and supporters that they haven’t had their rewards.”

Postecoglou feels the occasion makes it more challenging to put their chances away.

“It’s the hardest part of the game,” he said. “It’s why clubs spend hundreds of millions of pounds on players who do that.

“It’s not as simple as people think – just take your opportunities. It’s about experience and composure at this level, the fine lines of the stresses that are involved at playing at the highest level of club football.

“Only experience can get your players to hopefully feel more comfortable in those situations.

“We have been a bit unlucky too, I mean we have hit the post twice in the same sequence when on any other day that could have gone in.”

Celtic will need to beat Shakhtar Donetsk at home in two weeks’ time and then get at least a point against Real Madrid in the Bernabeu to finish third and reach the Europa League and avoid elimination from European competition before the World Cup.

“We have just got to keep going,” Postecoglou said. “Irrespective of whether we continue or not, we have two more Champions League games that we want to keep using as a platform to improve as a football team and improve our players.

Postecoglou allayed fears over the injury that forced Liel Abada off late in the first half.

“I think it’s nothing too serious,” he said. “From what the physios have told us, it’s just a dead leg. It’s an extra day to recover before Saturday so he may still be available before then.”

“It was an excellent game in an excellent stadium with amazing fans,” He said. “We got into the spirit of things without getting too deep in the game.

“After 20 minutes we welcomed Celtic on to us and the stadium got louder. We talked about a few things at the break and I thought we very quickly dominated in the second half.”