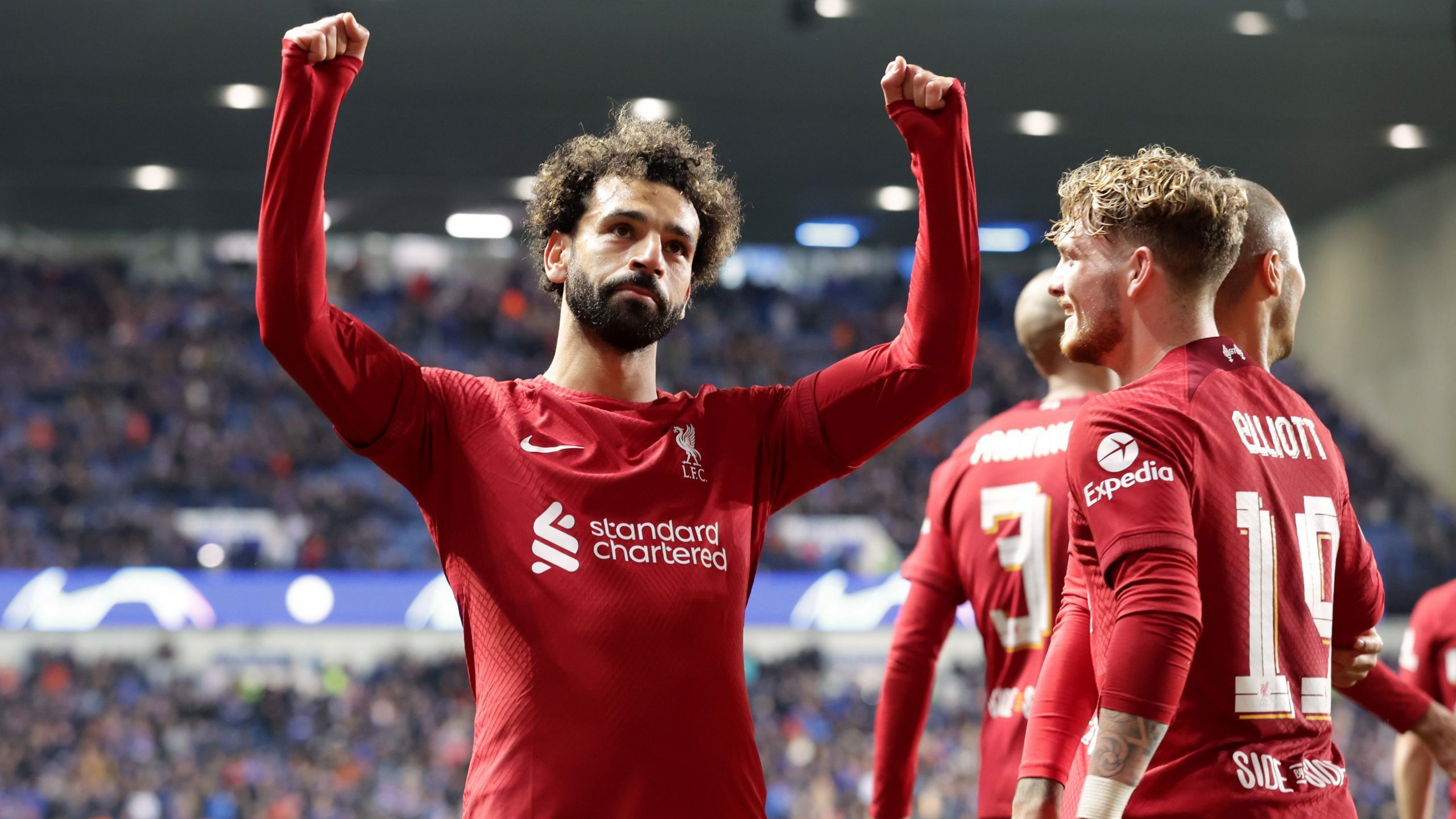 Salah struck three times between the 76th and 81st minutes in the 7-1 win, with his treble timed at six minutes and 12 seconds by UEFA to erase Bafetimbi Gomis from the record books.

Here, the PA news agency looks at the fastest hat-tricks in the competition.

The game was effectively won before Salah replaced Darwin Nunez in the 68th minute with his side 3-1 up, but he set about making sure. Three trademark finishes from the right side of the penalty box made Salah the 100th different player – and the first Egyptian – to score a Champions League hat-trick.

Lyon secured qualification on goal difference at Ajax’s expense and had Gomis to thank as he scored four of their seven goals against the group’s whipping boys. He poached his first on the goal-line after Aly Cissokho’s deflected cross moments before half-time, then clipped in Jimmy Briand’s square pass before Cissokho laid on another tap-in in the 52nd minute. He added his fourth, Lyon’s crucial sixth, with 20 minutes remaining.

Rovers’ sole Champions League campaign is mostly remembered for the infighting between Graeme Le Saux and David Batty against Spartak Moscow, but they at least signed off on a high as Newell converted two Alan Shearer assists, finishing first with his right foot and then his left, either side of heading in Matty Holmes’ cross for a nine-minute perfect hat-trick.

Having already claimed assists for both of Sergio Aguero’s goals, Sterling got on the scoresheet himself shortly before the hour mark from Phil Foden’s unselfish pass. He soon cut inside Rafael Toloi to score another and poked home Riyad Mahrez’s cross for his third in the 69th minute.

Ronaldo fired in a free-kick late in the first half and netted twice in the first five minutes of the second before his fourth goal on the hour helped him to 16 goals in the competition, one short of his own record, and the first ever double-figure group-stage tally with 11.

The record for the knockout stage came in last season’s last 16 as Bayern, level at 1-1 from the first leg, ran riot back home in Bavaria. Lewandowski broke the tie open with a pair of penalties before a scrappy third in the 23rd minute completed the fastest ever hat-trick from the start of a Champions League match.