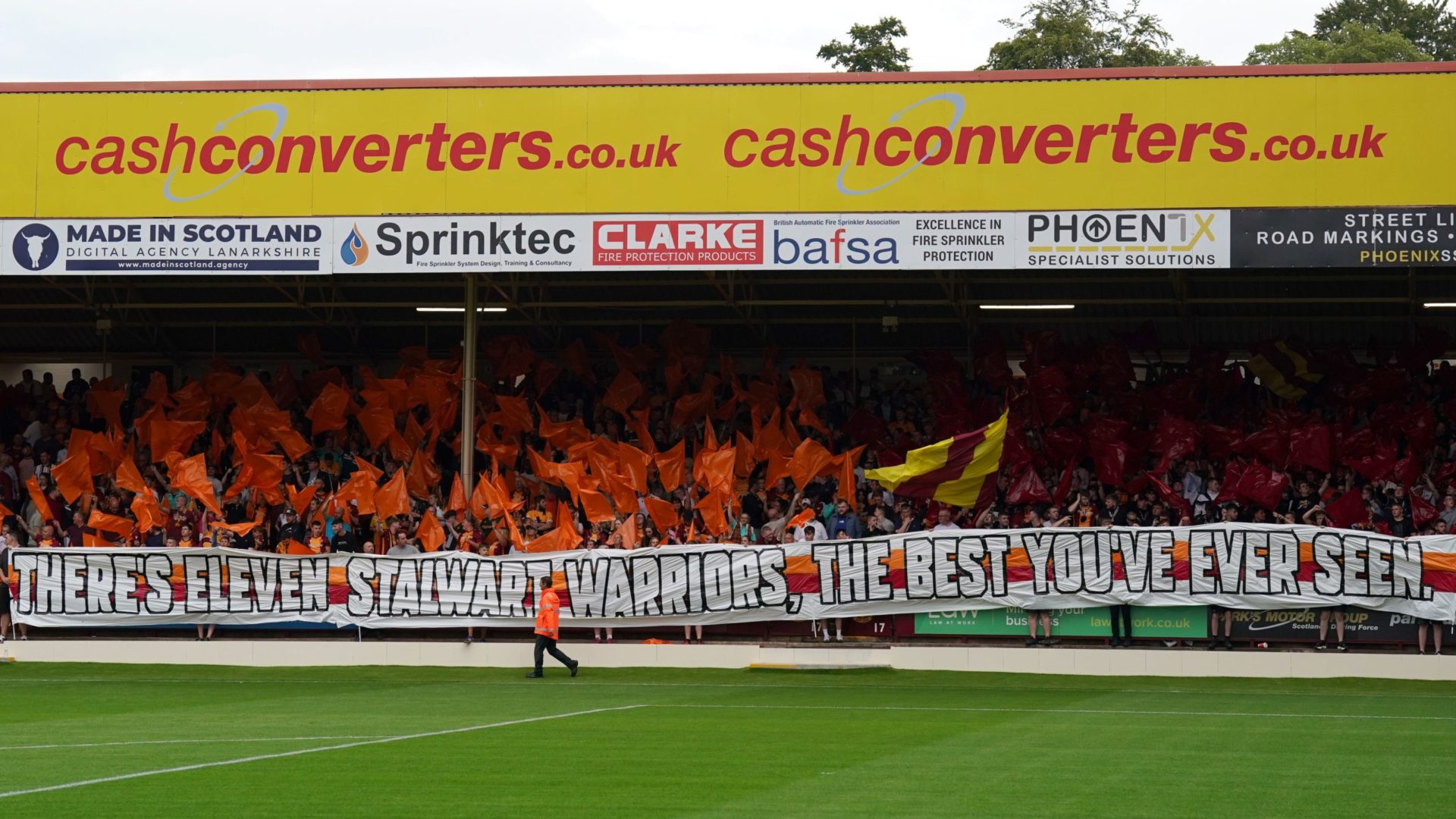 Motherwell braced for punishment after bottle thrown towards assistant referee

Motherwell are braced for punishment from UEFA after a plastic bottle was thrown towards an assistant referee during Thursday’s Europa Conference League qualifier against Sligo Rovers at Fir Park.

The cinch Premiership club have condemned the incident and vowed to take “firm action” against the individual responsible.

A statement released by Motherwell on Friday said: “Over the last few seasons there have been a couple of occasions where objects have been thrown onto the field of play at Fir Park.

“Our policy has always been to deal with individuals quietly and efficiently, and we have handed out indefinite bans to those who we have been able to identify.

“To put it into some context, we are talking about a very small number of flash points over a few seasons, and the overwhelming majority of ‘Well fans who follow the team are passionate, noisy and colourful, but do not overstep the mark by endangering players, officials or staff.

“The incident last night is now being investigated by UEFA and the likelihood is the club will be punished. We ourselves will work hard to identify the person responsible and will take firm action. It goes without saying, but throwing any objects onto the pitch is unacceptable at Fir Park or any other football stadium.”

In the same statement, Motherwell also praised supporters for creating an eye-catching and noisy spectacle inside Fir Park.

“The atmosphere, noise, and passion, particularly as the teams emerged from the tunnel, was amongst the best experienced in recent years,” Motherwell said.

“We know supporters went to great lengths to collectively raise money to add to the colour of the occasion, and backed the club fantastically by buying nearly 7,000 tickets – one of our highest attended European games in recent times.

“It is very much appreciated and all our focus is now on trying to win the second leg and progress to the third qualifying round.”

Sligo won the match 1-0. The second leg takes place in Ireland next Thursday.