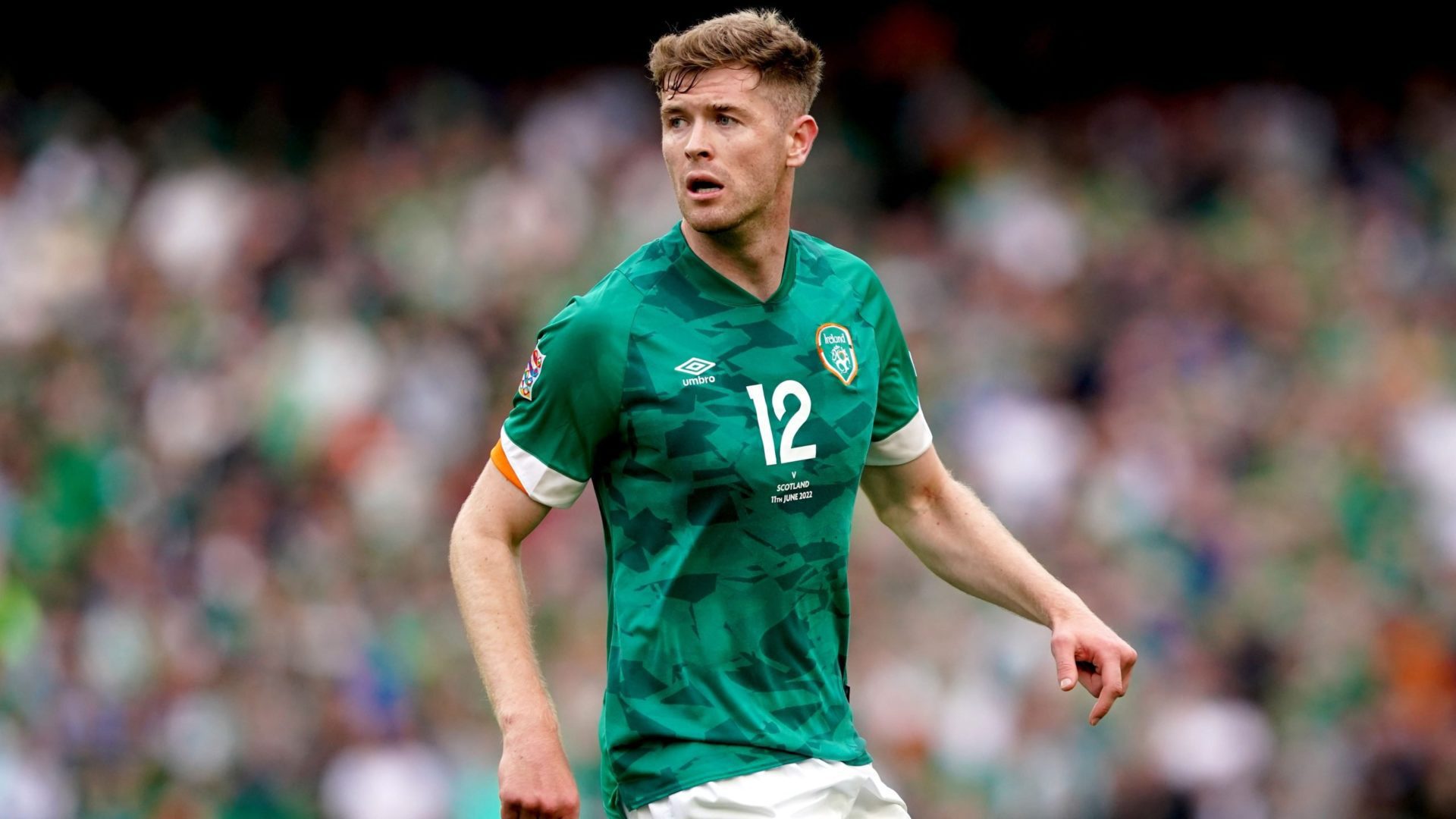 By By Damian Spellman PAJune 15, 2022No Comments

Nathan Collins admitted his phone was “smoking” after he was inundated with messages in the wake of his stunning first Republic of Ireland goal.

The 21-year-old defender opened his account in style in Tuesday’s 1-1 Nations League draw with Ukraine in the Polish city of Lodz, skating past three defenders before deftly placing the ball past keeper Dmytro Riznyk with the outside of his right foot.

Collins’ intervention prompted comparisons with West Germany great Franz Beckenbauer and a tide of messages from family and friends.

He said afterwards: “I’ve only seen it the once, but I’ve been sent it a million times. I didn’t have time to text everyone back.”

Asked how many phone messages he had received, he added: “Too many. It’s blown up. It’s smoking.”

The Burnley centre-back’s big moment arrived 31 minutes into a compelling contest when he intercepted Mykola Shaparenko’s pass out of defence and side-stepped challenges from Oleksandr Zinchenko, Serhiy Sydorchuk and Illia Zabarnyi before firing home.

“I like dribbling and I just saw the chance and thought: ‘If I don’t take it now, I never will’. I went for it, it worked out, it came off and it was a goal.”

Collins’ feat was all the more remarkable as he was winning just his sixth senior cap, the last four of them inside 11 days this month, during which he was on the field for every single minute Ireland played.

His emergence as one of Stephen Kenny’s new generation has been hugely impressive, but has not come as a surprise to team-mate James McClean, who spotted his potential as a young player during their time together at Stoke.

McClean, who captained the Republic in Lodz, said: “I saw him when he was literally only a kid at Stoke and you could see his potential there. I remember saying to people back then: ‘This lad is going to be a player,’ and now he’s a very good player.

Collins will now head off on holiday not sure what the future holds for him in the wake of the Clarets’ relegation from the Premier League, but having given new boss Vincent Kompany something to think about.

He said: “He’s a natural leader, isn’t he? He was a top player and has done it at the top level. He has shown that over many years, and everyone knows how good a manager he is too.

“He has done a really good job with Anderlecht and I think he is a really top guy, from the outside anyway.”