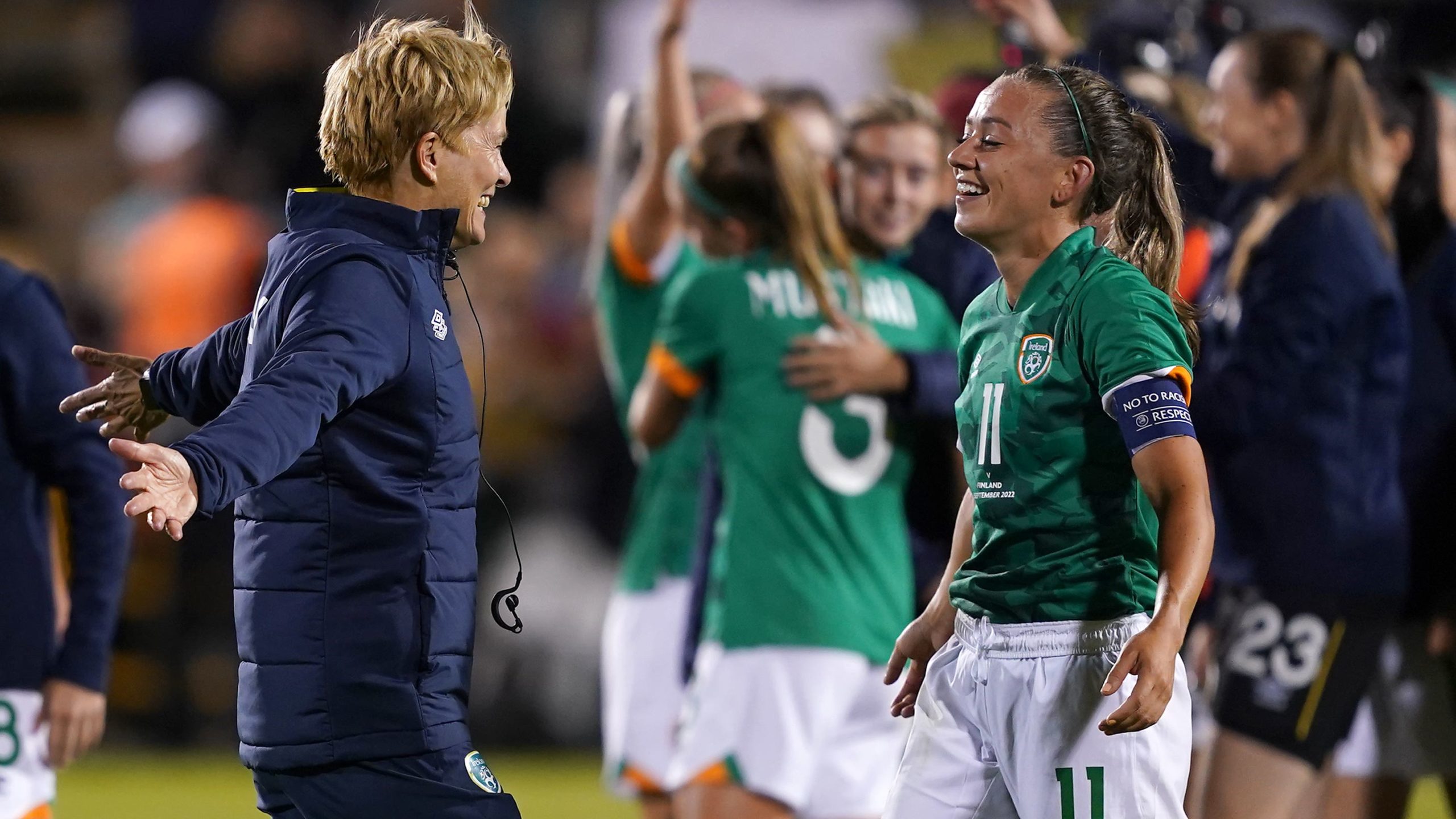 Republic of Ireland boss Vera Pauw has apologised for any offence caused as her jubilant players celebrated reaching the World Cup finals for the first time.

Video circulated on social media after Tuesday night’s 1-0 play-off victory over Scotland at Hampden Park appeared to show the players singing a pro-IRA chant in the changing room afterwards.

Manager Pauw and her employers, the Football Association of Ireland, issued an apology on Wednesday morning.

An FAI statement said: “The Football Association of Ireland and the Republic of Ireland women’s national team manager Vera Pauw apologise for any offence caused by a song sung by players in the Ireland dressing room after the Women’s World Cup qualifying play-off win over Scotland at Hampden Park on Tuesday night.”

Pauw added: “We apologise from the bottom of our hearts to anyone who has been offended by the content of the post-match celebrations after we had just qualified for the World Cup.

“We will review this with the players and remind them of their responsibilities in this regard. I have spoken with players this morning and we are sorry collectively for any hurt caused, there can be no excuse for that.”

Further social media footage showed the Ireland players celebrating both on their flight home from Glasgow and after they had touched down in Dublin, where emergency crews assembled to welcome their return with sirens and flashing lights.

Amber Barrett’s cool 72nd-minute finish had earlier secured their passage to Australia and New Zealand, where they will join holders the United States and European champions England at next summer’s finals.