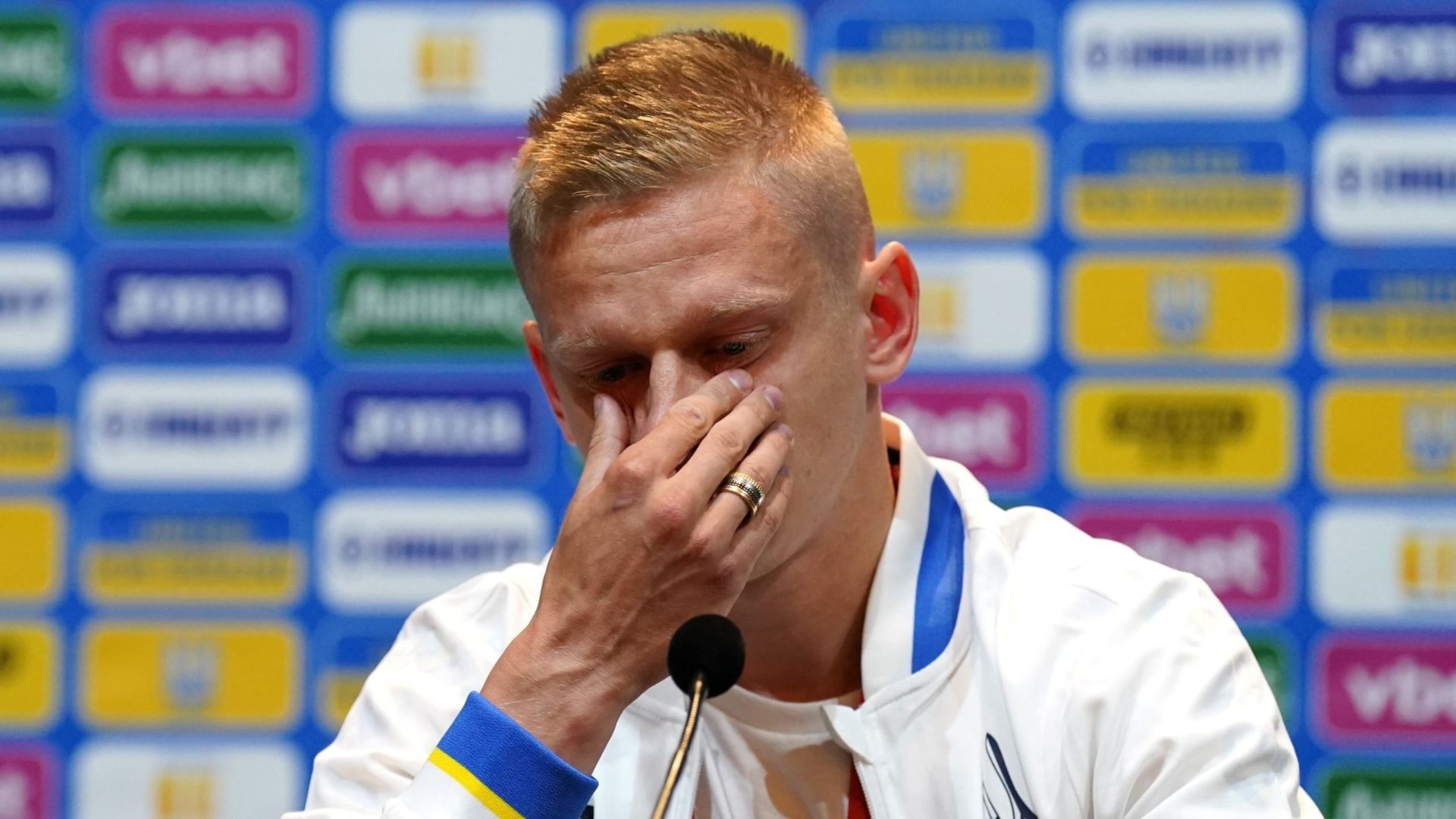 By By Gavin McCafferty PAMay 31, 2022No Comments

An emotional Oleksandr Zinchenko expressed his dream of reaching the World Cup and giving the Ukrainian people some richly-deserved feelings of pride and happiness.

The Manchester City player broke down in tears at a media conference at Hampden as he outlined what Ukraine’s delayed World Cup play-off semi-final against Scotland meant to him.

Zinchenko firstly thanked his hosts for postponing the game in March, weeks after Russia’s invasion of his country, to give Ukraine the chance to qualify for the Qatar finals.

But he added that he and his team-mates had arrived in Glasgow in a “fighting mood” as they are determined to deliver an achievement to lift the spirits of a beleaguered nation.

“Every Ukrainian wants one thing – to stop this war,” said Zinchenko, who scored against Sweden at Hampden in the European Championship finals less than 12 months ago.

“I have spoken with people from all around the world, from different countries, and also some Ukrainian kids, who just don’t understand what is happening back in Ukraine. They only want the war to stop. They have one dream – to stop the war.

“When it comes to football, the Ukrainian team have their own dream: we want to go to the World Cup.

“We want to give incredible emotions to the Ukrainian people because Ukrainians deserve it so much at this very moment.”

Zinchenko, whose team will also need to beat Wales in Cardiff on Sunday to qualify, added: “I’m pretty sure that all Ukraine who has this opportunity is going to watch us, and we are going to feel this support 100 per cent.

“We can speak a lot but we need to do it on the pitch. We are going to try to make them happy and proud.”

Zinchenko earlier made sure to thank his hosts when asked how he was feeling ahead of the game.

“Firstly, I would like to extend my gratitude to the Scottish national team – to the coaching staff, players, to the whole Scottish people – who have provided Ukraine with this incredible help,” he said.

“I have spoken with some of the players and coaching staff before and they have expressed their feelings towards Ukraine, for which we are very grateful.

“Our mood, I would describe as a fighting mood, because everyone understands what is going on in Ukraine these days, what the situation is like on the ground.

“That’s why I would say our motivation is definitely 100 per cent to win.”

Zinchenko welcomed a scheme to help Scotland fans learn the Ukrainian national anthem so they can show their solidarity ahead of the match.

“We have to be together, we have to fight Russian aggression, we have to defeat that evil,” he added. “So this is an amazing, amazing initiative.

The 25-year-old added: “A lot of countries maybe don’t understand that today is Ukraine, tomorrow could be you. So that’s why we need to be united and defeat this Russian aggression all together.”

Head coach Oleksandr Petrakov admitted he had been facing a major challenge to keep his players focused on football, with a range of emotions swirling around their minds.

“Clearly it’s a very difficult task to prepare your team for the game when every single player is thinking about mothers, fathers, close relatives, family back home in Ukraine,” Petrakov said.

“We use all sorts of methods, even jokes. We motivate people in a light manner. But clearly every player understands how huge the task is.

“That will make their task even more difficult, working under a lot of stress. But we are trying to do our best and achieve results. The team is fully prepared.”

However, Petrakov admitted he would only find out how sharp his Ukraine-based players would be when the action starts.

The majority of his squad is based in the Ukrainian league, which halted for a winter break in December and did not resume after the Russian invasion on February 24.

The likes of Dynamo Kyiv have played a number of friendlies and Ukraine faced club sides Borussia Monchengladbach, Empoli and Rijeka at a training camp for their domestic players in Slovenia.

Petrakov said: “What the players will be like, we will see on the football pitch.”