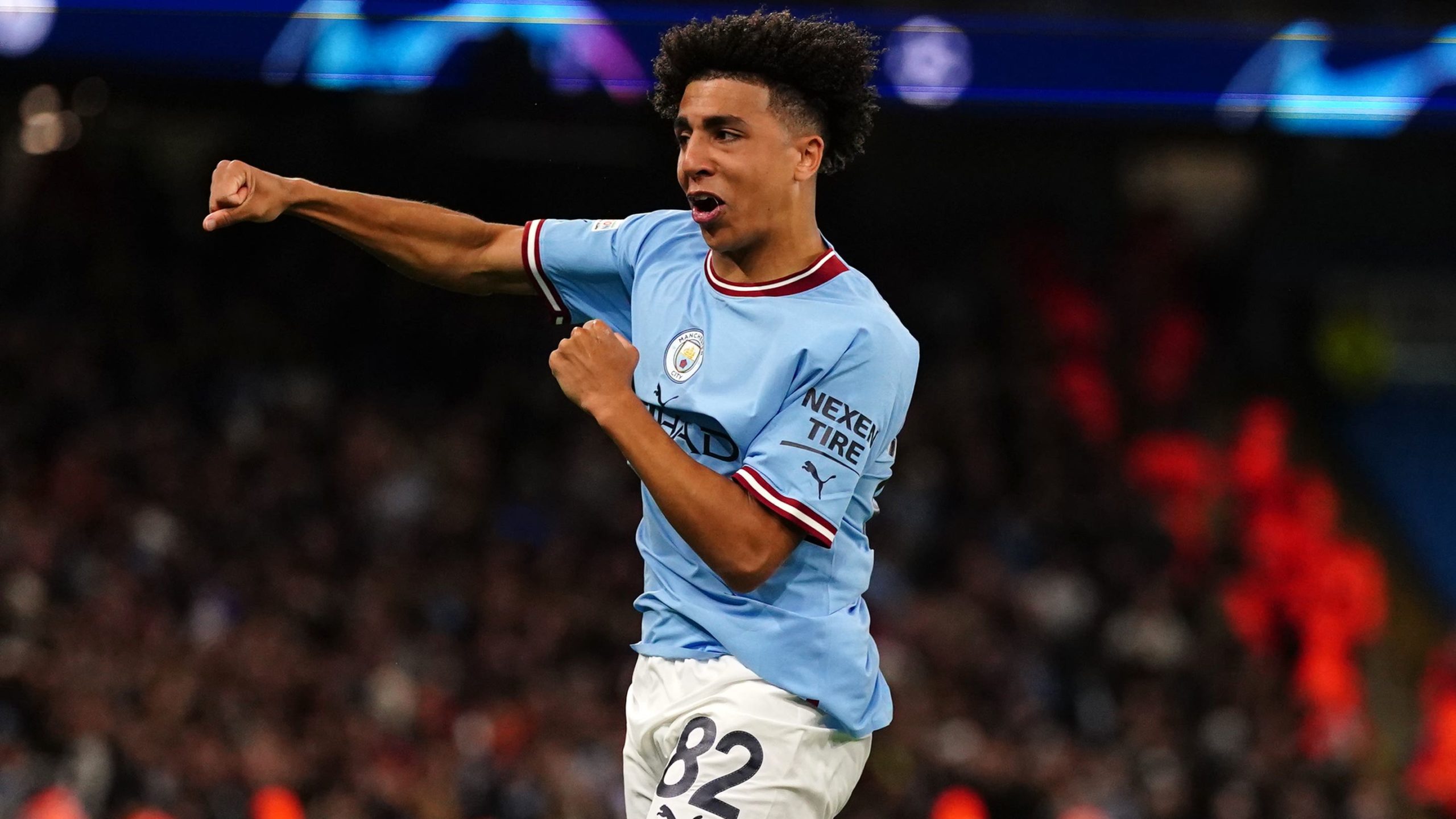 By By Ian Parker PANovember 3, 2022No Comments

Right-back Lewis marked his first senior start 19 days shy of his 18th birthday by grabbing the equaliser to cancel out Rafa Mir’s first-half header before goals from Julian Alvarez and Riyad Mahrez completed the turnaround.

The Bury-born Lewis, who has been with the club since the age of eight, was one of four academy graduates to feature for City on the night – with Phil Foden and Cole Palmer also in the starting 11 and Josh Wilson-Esbrand coming on as a second-half substitute.

“Sometimes you think you have to buy but when we can give a backup to Kyle (Walker) or Joao (Cancelo) from the academy this is a dream come true for all of us,” Guardiola said.

“It is good for the economy and we can rely on these guys. The academy is so important.

“They are working amazing with (academy director) Jason Wilcox. Since Jadon Sancho, Phil Foden, James McAtee, Cole Palmer, there have been many, many talented players.

“The guys who want to stay here and fight for a position have a chance. If they are not patient or they listen to their agent they can leave, it’s no problem.

“We saw the reception from our crowd. The people are pleased to have people from the academy playing with us. In cases of Phil, Cole, Rico and Josh, they have quality and they can help us.”

Lewis’ goal was set-up by a smart pass from Alvarez, who also teed up Mahrez’s strike after getting the second himself.

It was a fine night for the summer arrival from River Plate, asked to lead the line in the absence of the injured Erling Haaland.

The 22-year-old struggled to impose himself in Saturday’s 1-0 win over Leicester, but found more freedom in the second half of Wednesday’s game after a change of system at the break.

“I’m happy for the personal side and also for the group and the job we did, it was a good game,” the Argentina international said through a translator. “It’s good for my confidence.

“The first half was a bit difficult but I think we controlled always the game on our way, being patient and waiting for the chances. The second half was much better and we managed to do it.”

Wednesday’s match was a dead rubber at the end of the Group G campaign – City were already assured of top spot before kick-off and Sevilla knew the Europa League was their destination.

But with this the first of four home games before the World Cup break – Premier League games against Fulham and Brentford come either side of the Carabao Cup fixture against Chelsea – Alvarez said it was important City kept building momentum.

“I think we did well,” he added. “We are happy with the performance in the group stage.

“Every game is important for us and carrying on winning is good for the confidence of the players. Especially today for example with players who usually play less minutes.

“So I think it is important for all of us to keep on winning.”