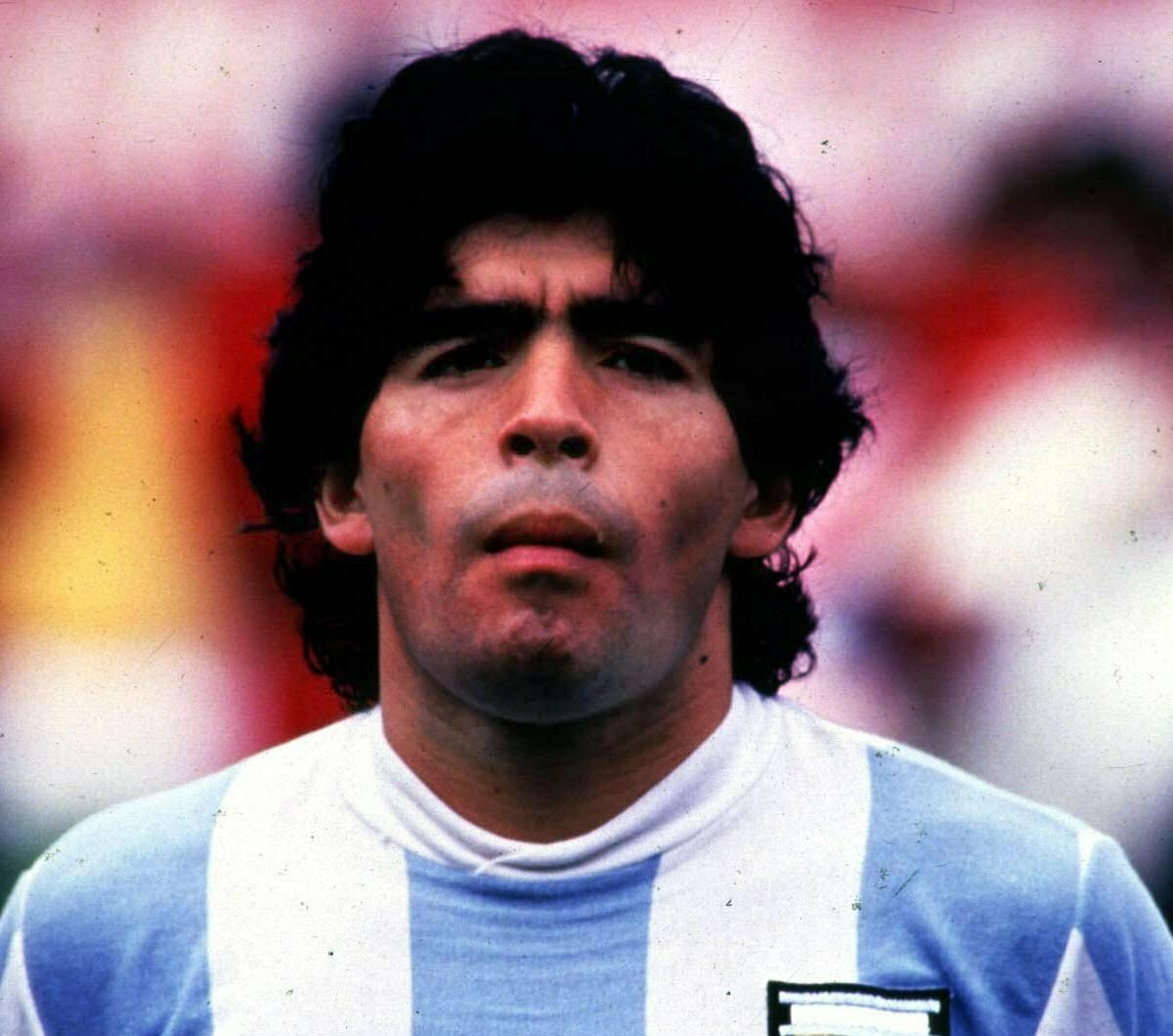 My earliest recollection of Diego Armando Maradona was some old black and white footage highlighted on Scotsport by presenter Arthur Montford of a young kid in the slums just outside Buenos Aires.

I can still see him keeping that ball up solely on his left foot with mesmerising ease on a patch of ground you would struggle to walk on, never mind display footballing skills.

By the time I hit secondary school, Argentina was a footballing country I was fully aware of, with stars such as Mario Kempes, Leopoldo Luque, Osvaldo Ardilles and Daniel Passarella prized possessions in my Panini sticker album.

The 1978 World cup final taught me that Argentina had an abundance of toilet roll and ticker tape in their country, because every time they walked on to the field you couldn’t move for it.

Winning the World cup made them superstars, and in 1979 they were coming to Scotland. However, all the talk was not of Osvaldo Arilles, who had recently signed for Tottenham Hotspur.

It was all about a young kid called Maradona. You know a footballer from South America is good when football fans only call them by their surname or nickname!

I will never forget watching this young man displaying skills that I hadn’t seen since the days of my hero Pelé in his latter days with Brazil and the New York Cosmos.

Maradona was special and my boyhood idol at Celtic, Kenny Dalglish must have been wondering what level he was operating at as he watched Diego weave his magic across the green grass of Hampden in June of that year.

At the end of that game, many of the Tartan army were hooked on El Pibe de Oro (“The Golden Kid”) and following him became a lesson on watching rare clips on the one, two, three and soon to be four channels that existed on our colour telly rented from DER.

You could collect stickers, cut out pictures of him from the Shoot, Match weekly and World soccer, but extensive wall to wall coverage was non-existent in those days.

By the time we got to 1982, the World cup in Spain was the perfect opportunity to watch this precocious talent strut his stuff.

A mass of hair, some stubble and not an ounce of fat on him, this was surely Maradona’s time to shine? The reason he did not elevate himself to the title of being the greatest player in the world at that time was, in my view, down to the lessons he was still learning in dealing with an era of football where you could get away with a tackle from behind and some horrendous man-marking that today would have possibly three to four players facing a red card.

Claudio Gentile was a no-nonsense defender, brutal and yet skilled in man marking on the ball and off the ball. To give you a sense of the all round quality, skill, toughness and resilience of Maradona.

In Argentina’s game with Italy in the ’82 World cup, Gentile had fouled Diego 11 times in the first half and 23 in total in Italy’s 2-1 win over their second round opponents. If you want to win, stop the most gifted player by fair means or foul.

By the time Argentina faced Brazil in the do or die group of death, the young Maradona was resigned to the fact that this was not yet his stage to shine. A rampant and delightful Brazil swatted the World cup holders away with three goals in 75 minutes.

Ironically, the young pretender to the throne of greatest footballer of his generation would meat out some of the treatment he had received to Brazil’s Joao Baptista, which prompted a red card for Argentina’s no10.

I remember looking on as a boy thinking Maradona was skilful but a hothead, and in truth my fixation at that point was not on Argentina’s players. I was obsessed with Zico, Socrates, Falcao, Junior and every other player you care to mention wearing the Brazil shirt.

Four years later in Mexico, there was only one name on everyone’s lips. Diego was fast becoming a global superstar. This World cup would be his coronation.

Everyone talks about the quarter final match against England as a major step on Maradona’s path to ‘God-like’ status. Watching that match, much is made of the injustice of the ‘hand of God’ which Maradona used to out-fox goalkeeper Peter Shilton and the referee to put his side in front.

There is no reference in this match to the treatment handed out by the England players to Maradona to stop him playing by any means possible. As a Scot, I take no gruesome pleasure in seeing England lose. At 21, I wanted to see good football, great players and great goals regardless of the colour of your strip or nationality.

Four minutes after Maradona’s cheating came the no10’s moment of unquestionable glory, scoring the greatest World cup goal I have ever seen. As a commentator of many great games and goals, I would have been going crazy describing Diego gliding past England players as if they were merely training cones.

As he covered each blade of grass closer to the England goal, my voice would have become more high-pitched and the words of excitement harder to decipher until the climax of goal, goal, goal, Maradona!

King or villain, it depends what side of Hadrian’s wall you bide in. For me, this cemented his title as the best footballer on the planet, by the time he sent Burruchaga through to score the 85th minute winner in the World cup final against Germany in 1986, he could arguably lay claim to be the greatest player to have ever graced our game.

The greatest player of all-time in my opinion is Pelé, closely followed by Maradona, then Messi, Ronaldo and Johan Cruyff. Diego’s achievements at Napoli are unbelievable on the field.

Off the field, even the great Pelé would have struggled to deal with the pressures of only being able to leave the house with a circle of bodyguards one-metre away from you in the madness that was Italy.

I don’t want to dwell on his drug-addiction, demise or fall from grace. It is well documented and he is a character you can either love or hate, when you assessthe entire back catalogue of Diego Maradona.

In my look back at his career, I can only offer you my thoughts on Maradona through the eyes of a school boy
through my teens to the world of sports journalism.

It may be viewed as simplistic in approach, but I am happy within myself to say watching Diego Maradona growing up was everything I wanted a footballer
to be. Skillful, tough, could make goals, score goals and beat any man with a dribble or a drop of the shoulder.

Diego had it all and it was a joy to see
him sprinkle some of that stardust across our screens for a short period of time.