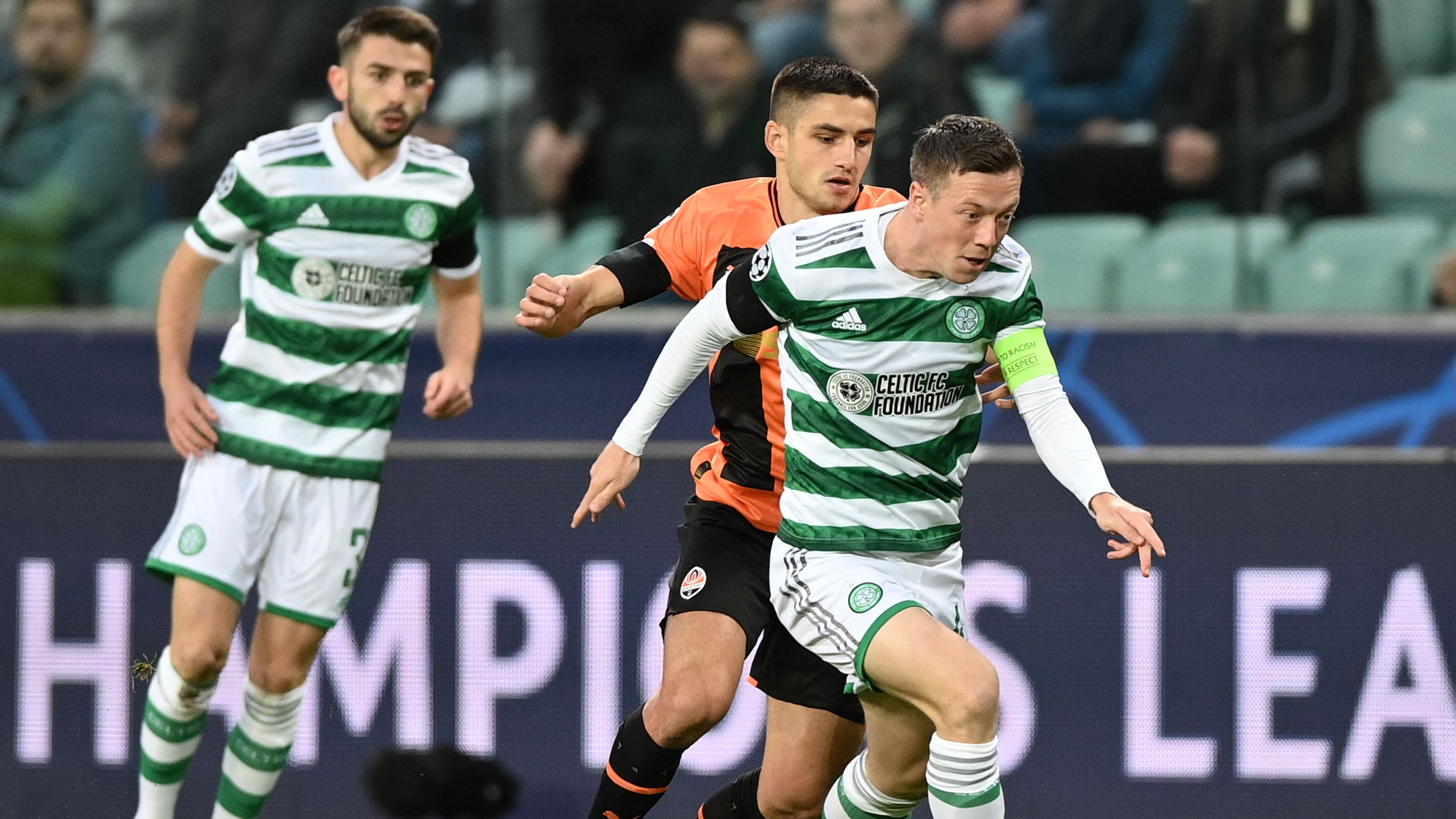 By By Gavin McCafferty PASeptember 15, 2022No Comments

Captain Callum McGregor emerged from Celtic’s trip to face Shakhtar Donetsk with a point and added belief his side can be successful in their Champions League group.

The Scottish champions dominated the vast majority of their game in Warsaw but had to settle for a 1-1 draw after being pegged back around the half-hour mark following an early own goal created by Reo Hatate.

“That will give us another bit to believe we can get something in the group,” McGregor said.

“To come and play so well here, the only 15-minute spell before half-time we had to dig in and be resilient and get through that period in the game.

“But I thought second half we were really good and created four or five big chances.

“The next stage for the group is to put one of those away and win the game but this gives us belief and hopefully that will be there in the games to come.”

In the second half alone, Matt O’Riley threatened on several occasions, Jota was twice denied by blocks after brilliant dribbling runs and also forced a good save, David Turnbull came close from long range and substitutes Giorgos Giakoumakis and Daizen Maeda both missed excellent late chances.

However, Celtic were able to look on the positive side after claiming their first point of the European campaign following a cruel 3-0 defeat by Real Madrid in their opening match.

“We spoke about it as a group that we want to arrive and the only way to do that is to get points in the group,” McGregor said.

“A point is a good result when you come here away. Obviously the home fixtures will always be important but to get something on the board was really vital too and another stage for us to go a little bit more.”

Nevertheless, Celtic came off the pitch disappointed not to have claimed all three points.

“It shows you how well we played and the mentality of the group that they do believe they can do something in the group,” the Scotland midfielder said.

“It’s just another little marker we can work towards and hopefully the next round of fixtures we can go and get that win.”

Celtic next face a trip to Germany on October 5 to take on a Leipzig side who held Real for 80 minutes in Spain before conceding two late goals to suffer their second defeat of the group.