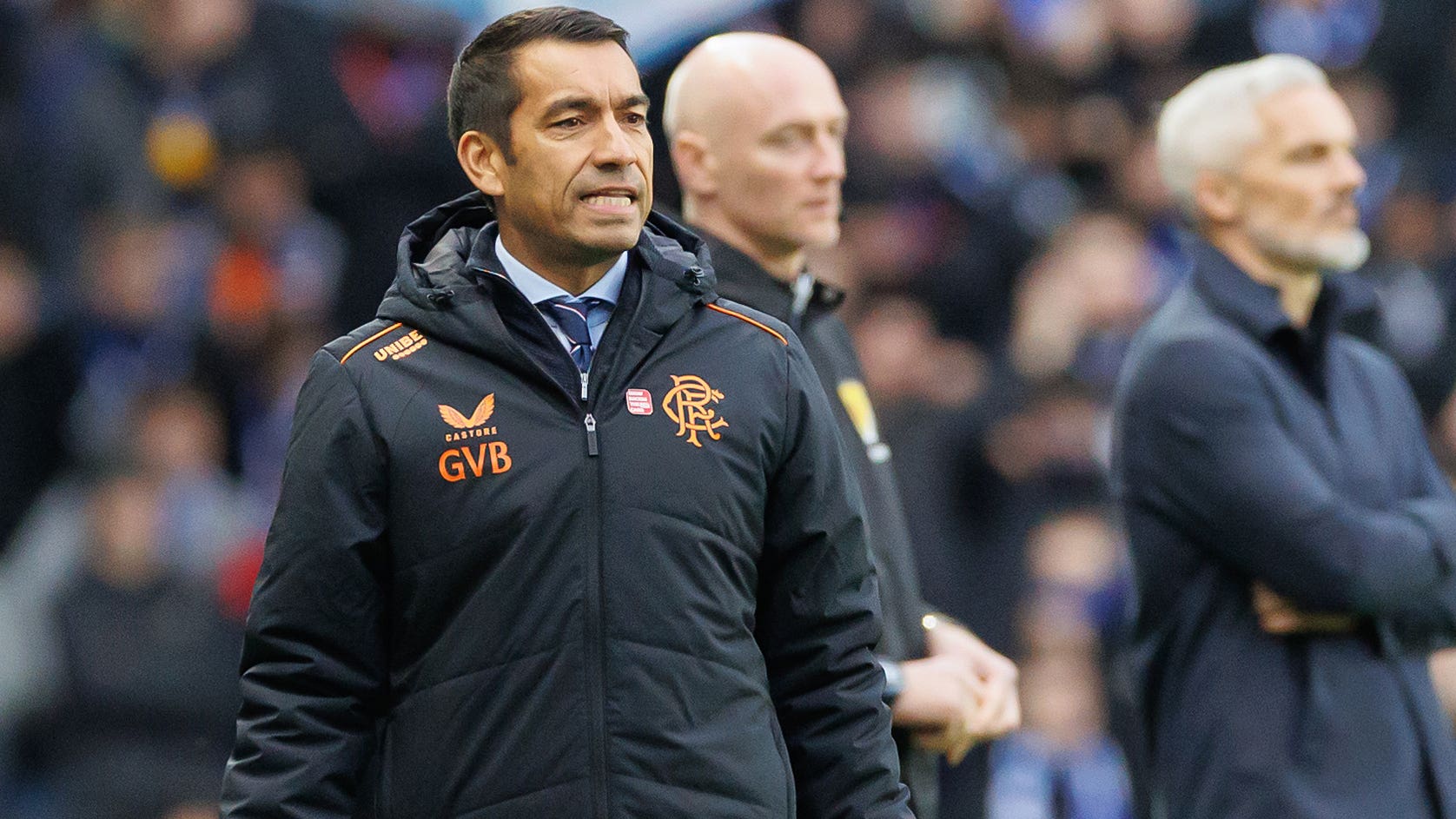 By By Ronnie Esplin PAOctober 29, 2022No Comments

Rangers eased the pressure on under-fire boss Giovanni van Bronckhorst with a commanding 4-1 comeback win over Aberdeen at Ibrox.

Connor Barron drove the visitors ahead in the 21st minute but the Light Blues responded with goals before the break from returning striker Antonio Colak and midfielder John Lundstram.

Skipper James Tavernier headed in a third in the 51st minute before hitting the post with a penalty just before the hour mark with substitute Alfredo Morelos adding a late fourth for a convincing victory.

Van Bronckhorst went into the game under increasing scrutiny after his side slipped four points behind cinch Premiership leaders Celtic last weekend and being booed at the end of a second home game running when they drew 1-1 with Livingston.

A demoralising Champions League campaign had continued on Wednesday night with a 3-0 defeat by Napoli but Rangers demonstrated their domestic desire and this time there were cheers at the final whistle.

It was quite an afternoon in Govan.

The unchanged visitors, who arrived third in the league, pressed from the first whistle but Rangers played their way through with purpose with attacker Fashion Sakala, back in the side along with Colak, knocking a Ryan Kent cross over the bar.

There was a groan around Ibrox in the sixth minute when Rangers left-back Ridvan Yilmaz went to ground clutching his hamstring after blocking a cross on the byline and he was replaced by Borna Barisic with the fans noting another addition to the club’s lengthy injury list.

In the 20th minute Colak’s shot from distance drew a decent save from Aberdeen goalkeeper Kelle Roos but then came the Dons stunner.

Luis Lopes turned young defender Leon King three times inside the box and the visitors claimed for a penalty when Tavernier put in a challenge but Barron wasted no time in firing the loose ball past keeper Allan McGregor.

The home fans urged their side forward in response and former Rangers player Ross McCrorie cleared an attack off the line but just as the frustrations begin to build, Rangers equalised.

Malik Tillman took a pass from Lundstram and squared for the prolific Colak to sweep his shot low past Roos from 16 yards for his 14th goal of the season.

Aberdeen came under pressure. Roos blocked a shot from Sakala after Colak had split open the Dons defence and amid a frenetic game there was also an ignored Rangers penalty claim when the ball appeared to strike the hand of Liam Scales.

But with seconds remaining of the first half, a cleared Barisic free-kick fell to Tavernier whose drive from the edge of the box was parried by Roos.

Rangers defender Ben Davies knocked the ball back from a tight angle for Lundstram to hammer high into the net.

Davies was replaced by midfielder Scott Arfield for the start of the second half with James Sands moving back to defence.

The match continued at a breathless pace and the home side increased their lead when Tavernier climbed above Aberdeen defender Jack MacKenzie at the back post to head in a Barisic cross.

There was a VAR check in the 57th minute after the ball appeared to hit the hands of Jayden Richardson inside the box and after checking his monitor referee Nick Walsh pointed to the spot with Tavernier striking the post with his effort.

Rangers kept up the pressure and in the 73rd minute Arfield’s side-footed shot was cleared off the line by Leighton Clarkson.

Then Morelos, who replaced Colak, had the ball in the net but was ruled offside after a VAR check and after tapping in from a Sakala cross in the 86th minute, after a longer VAR check, this time the goal stood.