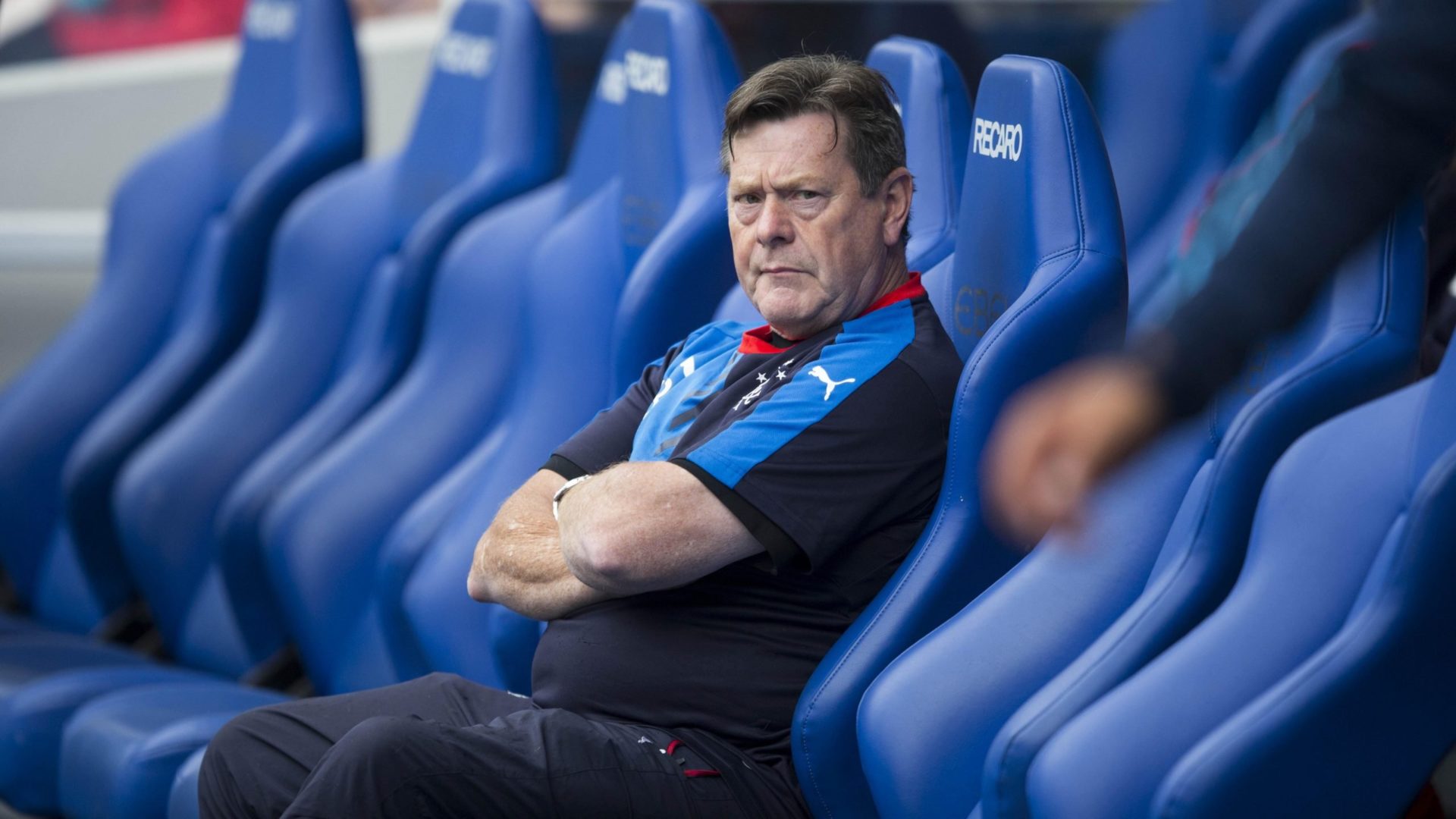 Rangers manager Giovanni van Bronckhorst has led the tributes to Jimmy Bell, describing the long-serving kitman as a “selfless Ranger, who epitomised everything this great club stands for”.

The popular staff member’s death, aged 69, was announced by the Ibrox club on Tuesday morning. Bell had been in the technical area alongside Van Bronckhorst as Rangers drew 1-1 away to city rivals Celtic on Sunday.

“I am devastated to learn of the sad passing of my friend and colleague, Jimmy Bell,” the Rangers boss wrote in a poignant Instagram post.

“I had a special relationship, I loved being around him, both as a player and subsequently as manager.

“He was a hard working, dedicated and selfless Ranger, who epitomised everything this great club stands for. He will be sorely missed by everyone at Rangers.

“I send my thoughts and prayers to the Bell family at this difficult time.”

Bell, a boyhood Rangers fan, worked with the Ibrox club for more than 30 years. A former employee of private coach hire organisation Park’s of Hamilton, he initially drove the Rangers team buses to matches across the country, before moving on to his role as first-team head of kit.

Captain James Tavernier described him as “the beating heart and soul” of Ibrox. He posted: “Jimmy Bell. Although he was officially a “kitman”. He was much much more than that. Few people are synonymous with a football club in the modern day era.

“He was at Ibrox for longer than I have been alive. The beating heart and soul of our club, The hardest worker, The most dedicated, He was Rangers through and through. He will always be remembered, He will always be with us, We will never ever forget him!

“I’m truly going to miss you! Rest In Peace My Friend. I want to send my condolences and love to the Bell family.”

Midfielder Steven Davis wrote on Instagram: “You epitomised everything that it meant to be a part of our club, knew the standards required and set them everyday in everything you did.

“The memories of your dedication, humour and service to Rangers will never be forgotten.. so big was your impact on everyone who walked through the clubs doors, but that doesn’t make it any easier to lose another icon of this football club after Walter. You’ll be forever missed. A true Rangers legend. Rest easy mate.”

Chairman Douglas Park told Rangers’ website: “As a club, we are absolutely devastated to learn of the loss of our colleague and more importantly, our dear friend, Jimmy Bell.

“Jimmy dedicated his life to Rangers Football Club. Having worked under managers from Graeme Souness through to Giovanni, he experienced some of the greatest days in our 150-year history.

“Of course, he was here during some of the lowest points, and showed selfless dedication, regardless of the challenge ahead of him.

“Jimmy’s work ethic was second to none. He dedicated countless hours to preparation for each training session and game. No job was too big or too small for him, and he thrived on working for his boyhood club.

“I spoke with Jimmy regularly, having known him from his time as a mechanic and bus driver at Park’s. He was excited for Thursday night’s game at Ibrox (against RB Leipzig), particularly having experienced a European semi-final before under Walter Smith.

“Rangers, and Scottish football as a whole, have lost a legend and a friend today. He was a family man, a devoted father, grandfather and husband.

“Jimmy will be sorely missed and I send our heartfelt condolences to the entire Bell family at this difficult time on behalf of Rangers Football Club.”