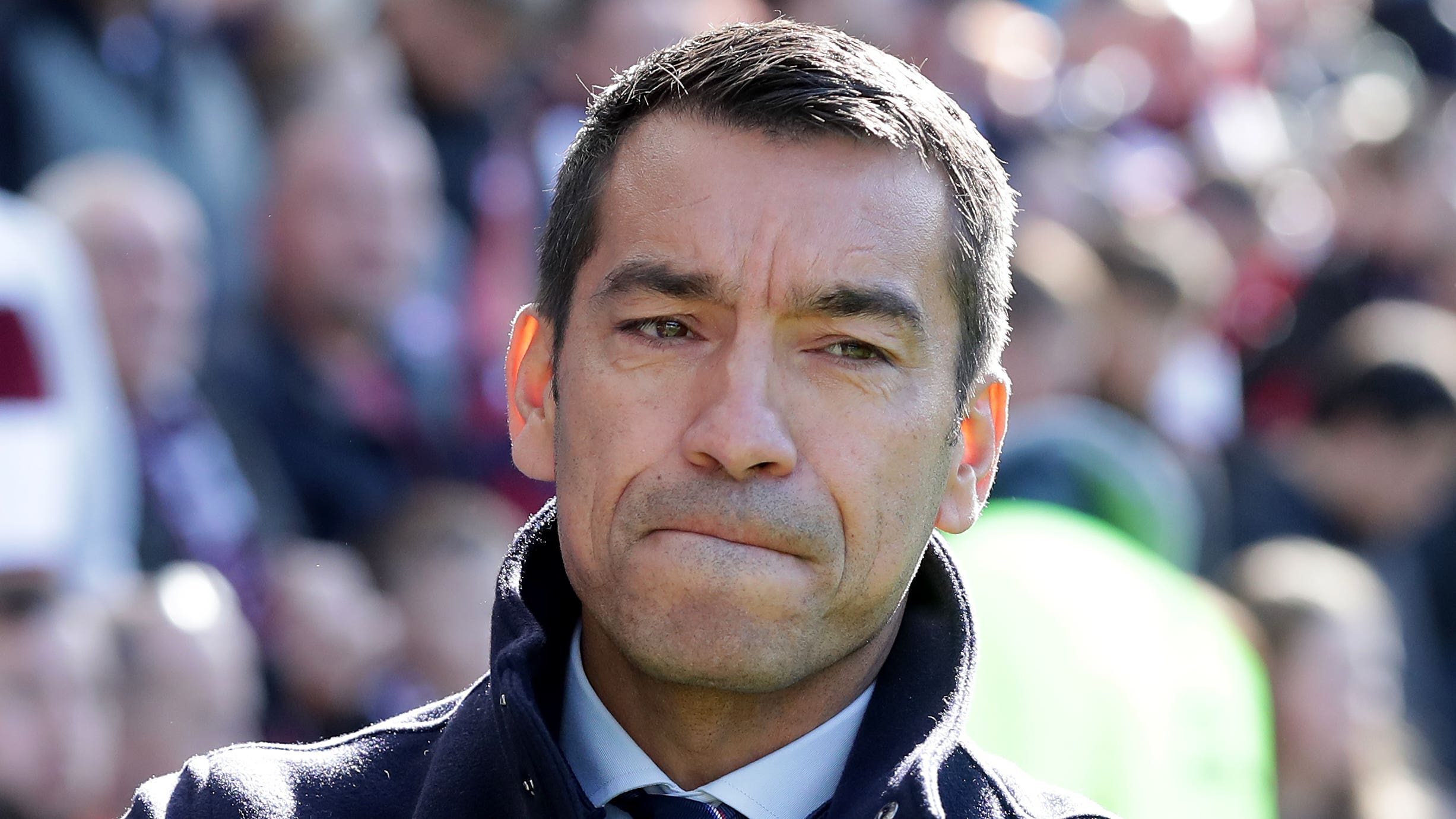 Rangers boss wants points and entertainment from his side against Livingston

By By Ronnie Esplin PAOctober 21, 2022No Comments

Giovanni van Bronckhorst wants to get Rangers fans back onside by turning on the style against Livingston at Ibrox on Saturday.

Some disgruntled Light Blues supporters booed on the final whistle of Wednesday’s narrow 1-0 home Premier Sports Cup quarter-final win over Dundee which set up a semi-final tie with Aberdeen in January.

Rangers are two points behind Celtic at the top of the cinch Premiership but fans have been unimpressed at times with their form, while the Champions League campaign has been a disaster with four defeats out of four including a 7-1 humbling by Liverpool at Ibrox last week.

Van Bronckhorst insists the focus against Livi will be on entertainment.

The Gers boss said: “We won the last five domestic games, a couple of them very convincing, 4-0 wins.

“In the cup, when you go through to the semi-finals it is very positive but I can understand the frustration of the last 25 minutes, I was the same because at the big clubs the standards are really high.

“The first half was really dominant but we didn’t score the goals we need to score, 3-0, 4-0 at half-time, then you would have a different game.

“It is about winning games but also you need to entertain and win in the right manner. That is something we need to improve.

“Keep winning but also improve our game, not for one half, or 60 minutes or even 70, if you have that for 90 minutes you have the results we had against Hearts away or home (to St Mirren).

“We have to make sure the fans leave the stadium after 90 minutes after a convincing win and convincing play and that is our focus.”

The centre-back went off in the defeat by Liverpool with a thigh injury and initially there was no firm date on his return.

However, the Gers boss was hopeful of a return at the start of next year following an encouraging prognosis.

He said: “It was a little more positive than we thought.

“The World Cup is five weeks (break) and we don’t have any games so he and the other (injured) players will benefit in their recoveries.

“So hopefully we will have Connor back at that time.”

In an injury update, the Dutchman revealed Glen Kamara will again miss out against the Lions with an ankle knock but should be back for next week;s Champions League game at Napoli next week, while a scan on fellow midfielder John Lundstram’s ankle injury revealed good news.

He said: “Glen had a problem with his ankle so he has not been in the squad for 10 days.

“He went to London this week and is now back available to train so hopefully we will have him back for the game against Napoli.

“We are a little bit short of midfielders so hopefully Glen will be back for the next (European game).

“We had a lot of scans (on Lundstram) but it was OK. John is fit and has been playing all the games so I am happy.”

The only fresh doubt for the game against Livingston is left-back Ridvan Yilmaz after picking up a knee injury against Dundee.

Van Bronckhorst said: “He got a knock on his knee. We assessed him today to see if he is available but he is the only doubt for tomorrow.

“It will be short-term. He played his first 90 minutes. We have to be careful with him.”