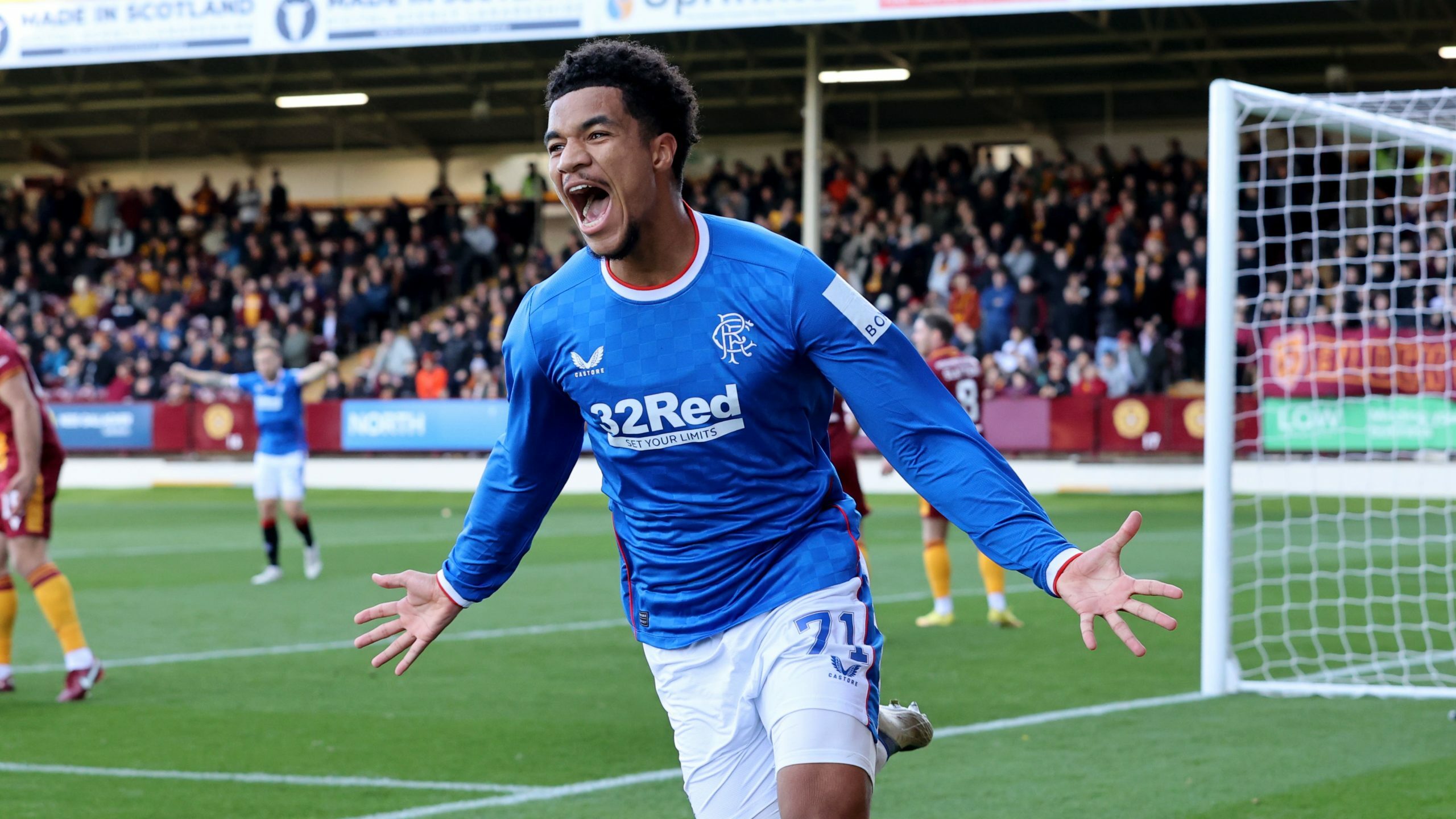 Rangers bounce back from Liverpool embarrassment with Motherwell win

Rangers bounced back from their Champions League humiliation at the hands of Liverpool to secure a 2-1 win away to Motherwell in the cinch Premiership on Sunday.

Second-half goals from Malik Tillman and John Lundstram put the Ibrox side on course for victory at Fir Park.

Stuart McKinstry hit back for the hosts to ensure a nervy finale, but Rangers held firm in the closing stages to stay within two points of league leaders Celtic at the end of a demoralising week in which they lost 7-1 to Liverpool and lost key defender Connor Goldson to injury.

Motherwell made three changes to the side that started the 1-0 defeat at Hibernian the previous weekend as McKinstry, Josh Morris and Ross Tierney replaced Blair Spittal, Connor Shields and Joseph Efford.

There were also three alterations to the Rangers team from Wednesday’s chastening defeat as Leon King, Tillman and Rabbi Matondo came in for Goldson, Ryan Jack and Fashion Sakala.

The visitors had the first opening of the game after three minutes when Ryan Kent jinked his way into the box from the left, but the winger was crowded out by the Motherwell defence before seeing his deflected shot gathered by goalkeeper Liam Kelly.

Tillman had a good opportunity for Rangers in the sixth minute when a Borna Barisic cross from the left broke to him 12 yards out, but the USA international fired high over the bar.

Motherwell’s first notable attempt came in the 33rd minute when former Rangers midfielder Sean Goss curled his free-kick into the defensive wall from just outside the box.

After an insipid first-half display, Rangers started the second half on the front foot, with Antonio Colak sending a close-range header wide from a Barisic cross shortly after the restart.

Motherwell striker Kevin van Veen then tested Allan McGregor with a low shot from the angle of the box which the Rangers goalkeeper held at the second attempt.

Rangers took the lead in the 53rd minute when Tillman ran unchecked all the way from the halfway line before jinking into the box and clipping an angled shot beyond Kelly from six yards out, sparking delirious scenes among an away support who had been growing anxious with their team’s lack of creativity until that point.

The Ibrox men doubled their advantage in the 69th minute when Lundstram headed in Barisic’s corner. An object appeared to be thrown in the direction of Barisic as the visitors celebrated in front of the Motherwell fans.

The hosts got themselves back in the game in the 76th minute when McKinstry’s inswinging free-kick from wide on the left drifted over McGregor and in at the far post, but Giovanni van Bronckhorst’s men held on for a much-needed win.