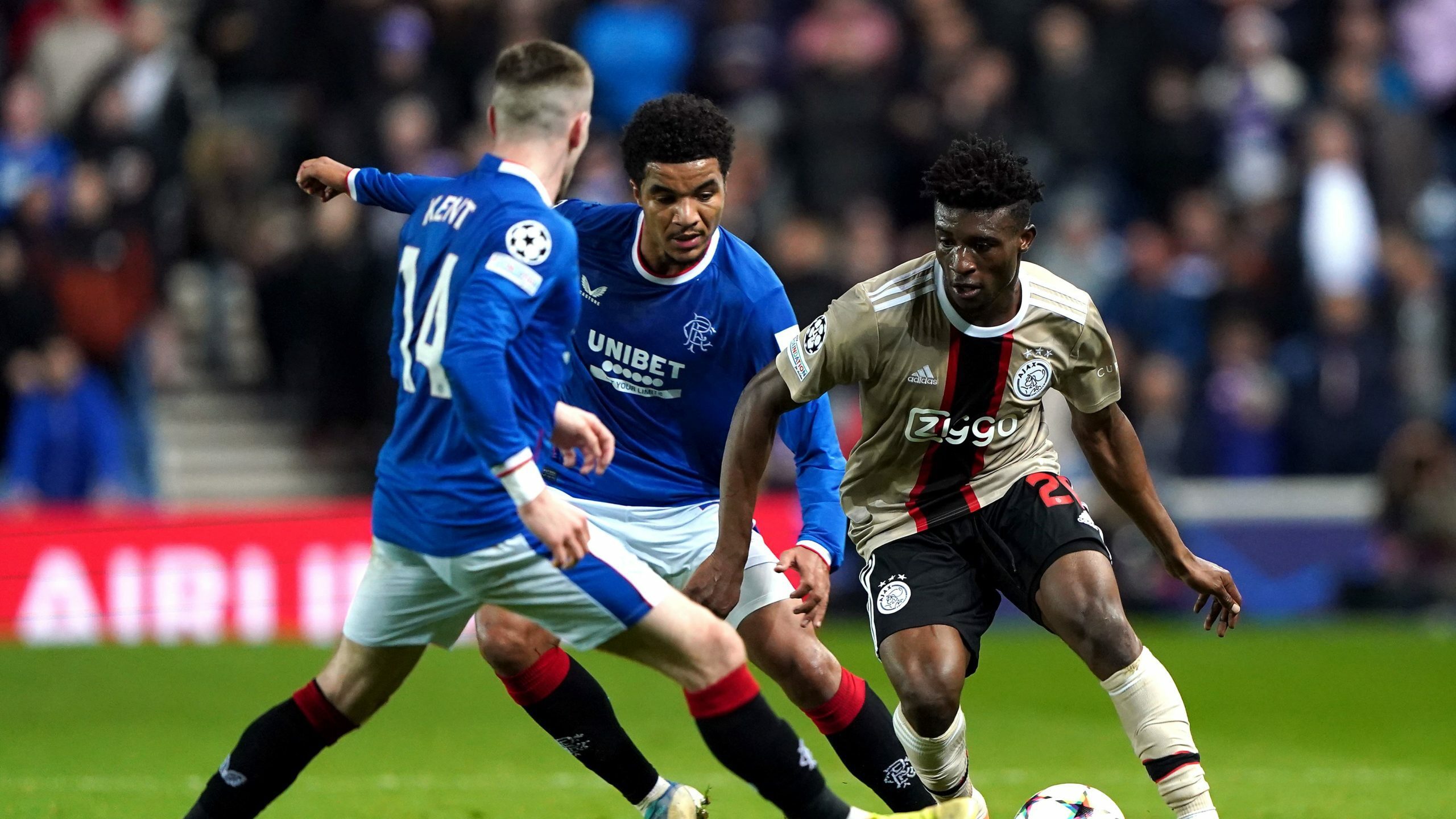 By By Ronnie Esplin PANovember 1, 2022No Comments

Rangers were left with an unwanted Champions League group stage record following their 3-1 defeat by Ajax at Ibrox.

On another damaging Euro night for the Light Blues, Steven Berghuis put the Dutch visitors head in the fourth minute before Mohammed Kudus added a second in the 29th minute with the home side, admittedly stricken by injury and suspension, again looking well short at the elite level.

It meant that – after six Group A defeats out of six – the Govan side have a goal difference of -20, the worst ever performance in a group stage, beating Dinamo Zagreb who lost all six games and finished on -19 in 2011-12.

Victoria Plzen also suffered six straight losses in this campaign but were left with -19 goals, thus it was an embarrassing end to the first Champions League campaign in 12 years – and the Govan club and the fans will be glad the punishment has ended.

Rangers needed a 5-0 win over the Dutch side to drop into the Europa League but even the most fervent Gers supporters dismissed that possibility.

Putting together a team was a challenge itself for boss Giovanni van Bronckhorst, who had midfielder John Lundstram suspended and nine players injured – including defenders Ben Davies and Ridvan Yilmaz from the weekend win over Aberdeen.

Former Gers defender Calvin Bassey was in a strong Ajax side which struck first and early to dampen early home optimism.

In the fourth minute, to end a slick attack down the left, Kudus set up Berghuis to beat Gers goalkeeper Allan McGregor from the edge of the box.

It already looked ominous for Rangers – McGregor had to backtrack to grab a lob from Berghuis from under his crossbar – but the under-strength home side eventually composed themselves and went in search of a leveller.

In the 13th minute the covering Bassey headed a Fashion Sakala header off the line after good work by winger Ryan Kent to get his cross in from the left.

However, another lapse in concentration allowed Ajax to extend their lead, this time Owen Wijndal the provider for Kudus – whose deflected shot came off teenage defender Leon King to beat McGregor.

The keeper pulled off a fine save from Steven Bergwijn minutes later and the first boos of frustration from the stands came soon afterwards when Kudus fired an effort just wide of the far post.

More muted boos greeted the half-time whistle but there was an attempt by fans to gee up their side at the start of the second half, although a comeback was highly unlikely.

Kudus had the ball in the net in the 55th minute following a sweeping move but Swedish referee Glenn Nyberg ruled it out for offside after a VAR check.

Just before the hour mark, Glen Kamara, Alfredo Morelos and Scott Wright came on for Davis, Antonio Colak and Malik Tillman but Ajax, backed by a big and vociferous travelling support, remained in control.

A terrific shot on the turn by Arfield in the 70th minute was tipped over the bar by the under-employed Ajax keeper Remko Pasveer but the corner was defended.

In the 84th minute Morelos took advantage of a mistake by Pasveer but failed to hit the target with the goal gaping.

Moments later, Rangers substitute Rabbi Matondo, on for Kent, was brought down by Edson Alvarez inside the box and Tavernier fired in the penalty..

However, Conceicao, only on the pitch for a minute, fired in from close range and referee Nyberg soon blew his whistle to signal the end of a campaign that goes down in history for all the wrong reasons for the Glasgow club.